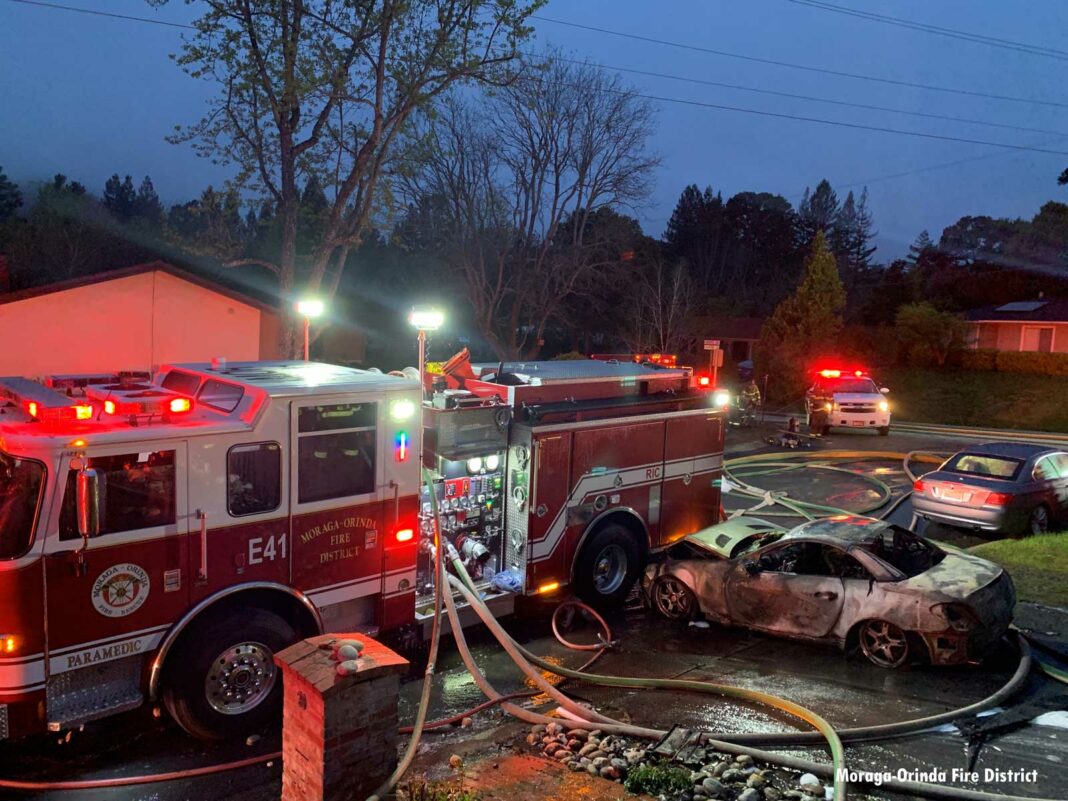 Firefighters in one California community had to contend with a burning car rolling into a rig during a structure fire earlier this week.

As the first-due engine was setting up for fire attack, a burning car rolled down the driveway an impacted the engine just behind the rear wheels. The fire ultimately grew to a second alarm, and, with support from the Contra Costa County Fire Department, was declared under control approximately one hour later. In addition to the vehicle into the engine, fire attack was complicated by a significant number of propane cylinders and high fire loading in and around the structure.

No residents or responders were injured and the cause of the fire is under investigation.

Vehicle Fires: Is It Time to Change Our Training?