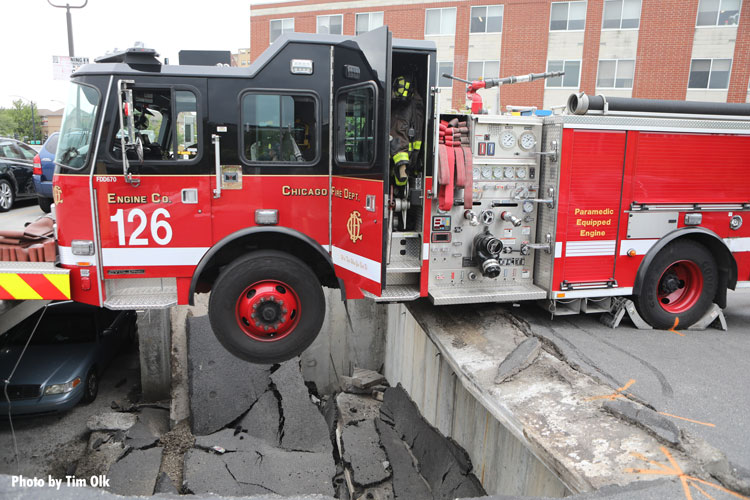 A Chicago fire truck nearly fell through the floor when a parking garage collapsed yesterday. Tim Olk has some photos of the apparatus dangling over the gaping hole.

The fire engine was parked on top of the two-story garage around 10:40 a.m. when part of the garage collapsed underneath it, according to ABC 7 Chicago. The front bumper of the engine sat atop part of the garage that hadn’t collapsed, preventing the rig from falling.

A crane arrived about 5 p.m. to assist with removing Engine 126. The engineer was taken to a hospital for delayed back pain from the collapse, but no other injuries were reported.

Simulation Helps to Prepare for Consequences of Natural Disasters