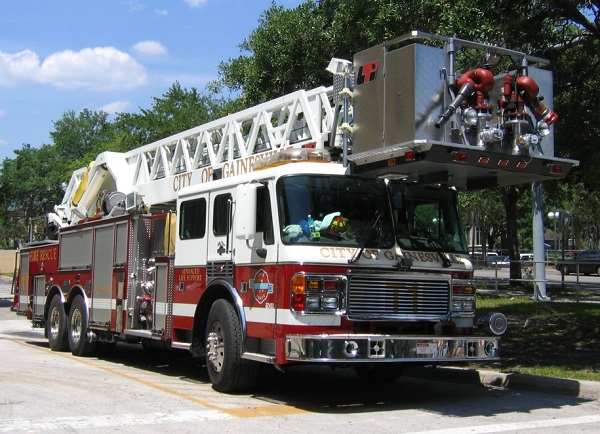 By Demetrius A. Kastros

That is what my dad used to tell me repeatedly when I first got my driver’s license. Regarding fire apparatus, it’s more accurate to say you are driving a 15-ton bomb; when moving, that 15 tons of energy can explode in an instant. Any time you drive a fire apparatus, with red lights flashing and a siren (Code 3) blaring, you must use an overabundance of caution and care.

A Code 3 operation for an emergency vehicle is intended to keep you from getting caught in slow-moving traffic. Vehicle codes require other drivers to yield the right-of-way to approaching Code 3 units by pulling over as close as possible to the right curb, thus allowing unobstructed passage for emergency units. Code 3 operation lets you keep moving through traffic but does NOT let you do so in an unsafe manner. Yes, you can travel through a red light or stop sign, but you should only do so after coming to a complete stop and recognize that the drivers in the cross-street and oncoming traffic lanes have seen you and have pulled over to the roadside and stopped.

Many factors affect driving a fire apparatus. Your department policies should reflect the conditions in your area such as during severe winters. No matter where you’re located, field of view, reaction times, and stopping distances are major factors in safe apparatus driving. The laws of physics are a powerful force when driving a 15-ton bomb. You need to understand those laws.

You should train yourself and your crews to think not in terms of miles per hour (mph) but in feet per second (fps), which is much more specific and usable.

Field of view refers to your total visibility, especially with cross traffic. In residential and commercial neighborhoods, posted speed limits of 30 mph (44 fps) are common. That sounds relatively slow, but it isn’t when you’re propelling 15 tons of energy at that speed. In my hometown, many of the intersections do not have a clear view of cross traffic until you’re at the intersection. Building construction, fences, walls, vegetation, and parked vehicles are just some of the things that limit your field of view. At 30 mph, the laws of physics will carry you through the intersection before you have time to react and stop for a vehicle or pedestrian that suddenly appears in the crosswalk or street in front of you. The field of view—or your ability to see approaching cross traffic—is often very limited.

Let’s do the math. At 30 mph you’re moving at 44 fps. Your reaction, combined with time for the vehicle’s air brake system to engage the disks or drums, can take 1 to 1.5 seconds. After first seeing and then reacting to a perceived hazard, you will travel 44 to 66 feet before the drum or disk brakes actually begin to stop the engine. I call this the “reaction distance.” One recognized formula calculates that the vehicle speed will reduce 15 feet per second for every second of travel time, or fps per second after braking begins. With a 1.5 second reaction distance of 66 feet, you then will move forward 44 feet in the first second of actual braking, 29 feet in the next second, and 14 feet in the third second, before stopping. That’s 153 feet to react, engage the brakes, and bring to a stop your 15 tons of moving energy! The math doesn’t lie. The laws of physics are NOT in your favor.

An average two-lane residential or commercial street is about 40 feet wide curb to curb. At 30 mph, even if you see a hazard and start to react 100 feet before entering the leading edge of the intersection, you will travel another 53 feet beyond the start of the intersection before stopping. That will take you completely across both lanes of the intersecting street and past the far side crosswalk. Anything suddenly appearing will be absorbing the impact of 15 tons of moving energy. Do you still think it’s okay to bust through a blind intersection at 44 fps? This is not good.

When a fire engine collides with a passenger vehicle or, even worse, a pedestrian or child on a bike, that 15-ton bomb you’re driving explodes violently! You need to do everything reasonably within your power to prevent that. There is no rationale or excuse for a fire unit to bust through a red light, stop sign, or blind intersection at 44 fps, yet we do it every day!

Fire department policies must be very clear in establishing Code 3 response speeds, and everyone from chiefs to company officers to engineers need to be diligent in enforcing safe Code 3 practices.

In California, the state vehicle code requires motorists to immediately pull over to the right curb whenever a Code 3 vehicle is approaching. This applies whether the emergency unit is oncoming, approaching from the rear, or in cross traffic. Most, if not all, states have similar laws. Again, our policies must be clear in directing safe operation such as stating that we always pass traffic on the left. Sounds basic, right? How many times in the last month did someone in your department pass vehicles on the right at more than five mph while driving a Code 3?

So, what should a basic Code 3 policy look like? I believe that any policy, particularly one as crucial as this, should be simple, straightforward, and to the point. Remember, you are propelling a 15-ton bomb down streets with vehicles, pedestrians, kids on bikes, opposing traffic and blind intersections. Also, unless you live somewhere unlike any other city, one out of four drivers is distracted by headphones, texting, talking on their cell phone, or eating or drinking something. You must drive your apparatus understanding that many drivers will not see or hear you until you are directly behind or next to them. Red lights and sirens do NOT erect invisible walls, blocking cross streets so you can speed through them! Keep your policy simple and unambiguous.

Propelling a 15-ton bomb at 44 feet per second is a serious responsibility. When driving a fire unit under any conditions, you need to remember how many feet per second you’re moving and which laws of physics are required at a considerable distance to see a hazard, react, brake, and stop our forward travel.

You have a duty to serve the public, to travel and arrive safely at the scene of an incident, and to do “the most good for the most people.” Do not let that 15-ton bomb you’re driving explode! Never forget your number-one fire service priority: everyone goes home safe! Drive as if your life depends on it, because it does. This also applies to the lives of your crew and the public you serve.

Demetrius A. Kastros is a 42-year fire service veteran and a semiretired shift battalion chief from the Milpitas (CA) Fire Department. In 1974, he was among the first group of firefighters in the State of California to be certified as an emergency medical Technician (EMT). Kastros has a college degree in fire science and is a state certified chief officer and master instructor. He continues to work in fire service-related activities. He is the lead instructor for the City of Monterey (CA) Community Emergency Response Team program. He has been published previously in digital editions of Fire Engineering.