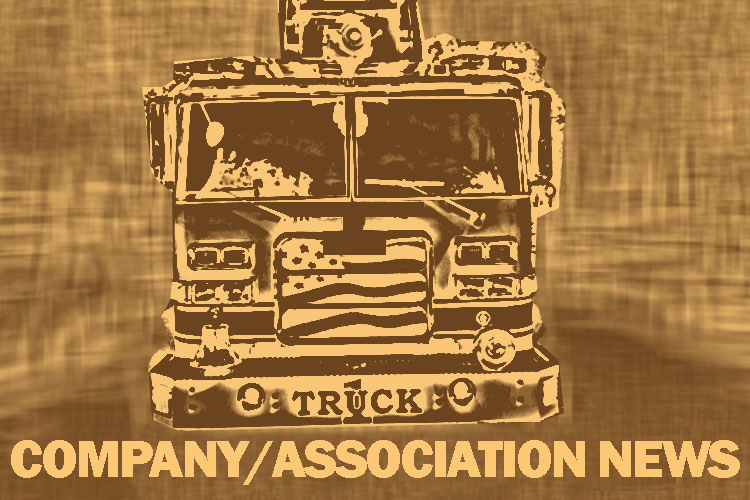 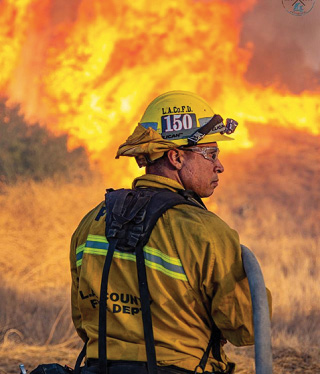 PELICAN PRODUCTS selected Daniel Biggs’ photograph of Los Angeles County (CA) Fire Department Firefighter Raul Perez as he fought the Tick Fire in Santa Clarita, California, in October 2019 as the company’s second winning image in its Portraits of Protection photo competition. Portraits of Protection brings together Pelican’s photographer and first responder communities to immortalize heroes who’ve stepped forward in the face of danger. Each month, the most moving and visually interesting photos of either heroism in action or the faces of heroes will be selected as winners and featured on Pelican Products’ social media channels. www.pelican.com.

SUPER VAC delivered two large-scale positive-pressure ventilators—the SVU DD 50—to an international manufacturer in late December 2019. Powered by a Cummins 3.8L diesel engine, the large fans each deliver a 200,000-cfm output to ventilate smoke, fumes, and gases from manufacturing facilities, large warehouses, airport terminals, commercial structures and high-rise buildings in a fraction of the time. Downtime can adversely affect many of these facilities, costing a company $2,500-$5,000 per unoperable minute, which equates to $30,000 per unoperable hour and $2.4 million per unoperable day. www.supervac.com/large-scale-ppv/svu.

JASON BRUNET was promoted as the new chief of the Fort Drum (NY) Fire Department (FDFD). Brunet is a 20-plus-year veteran of the FDFD and has served the department in several capacities, most recently as deputy chief. He also has volunteered with Sackets Harbor (NY) Volunteer Fire Department for the past 27 years. Brunet began his fire service career as a firefighter/emergency medical technician at FDR Veterans Affairs Hospital in Montrose, New York. He joined the FDFD as a firefighter in March 1998, went on to fire inspections in 2003, and became assistant chief of fire prevention in 2007.

CHRIS C. KNUTSEN was named the new chief of the Plaistow (NH) Fire Department. Knutsen was previously a captain and training officer with the Pigeon Forge (TN) Fire Department, where he had worked since 1997. He is a certified fire officer IV and a nationally registered paramedic as well as a hazmat technician. Knutsen has also worked in chief officer development and at a public safety leadership academy. He has an associate’s degree in fire science and is completing his bachelor of science in public safety administration and homeland security.

KEVIN CARROLL was announced as the new chief of the Groveland (FL) Fire Department. Carroll will replace Chief Willie Morgan, who announced his intent to retire in the near future. Carroll joins the GFD with more than 30 years of fire and rescue experience. He began his fire service career in Pasco County, Florida, where he served as a firefighter paramedic. Carroll then joined the Hernando County (FL) Fire Rescue where he grew through the ranks as captain; battalion chief; assistant chief; and, most recently, deputy chief, managing 272 employees and 14 fire stations.