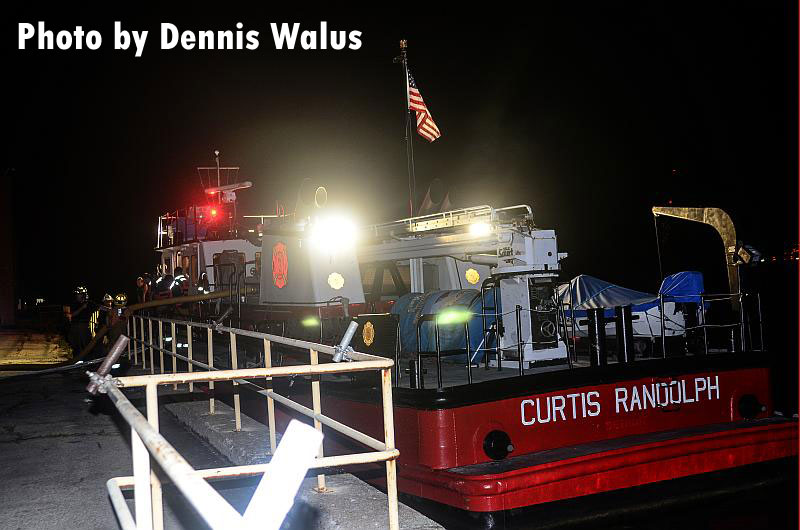 Earlier this month, Detroit firefighters responded to provide mutual aid to the St. Clair (MI) Fire Department for a multiple-alarm fire at a power plant.

On Thursday, August 14, the Detroit Fire Department authorized the response of Fireboat 1. Squad 2 was dispatched to the fireboat quarters to man the vesselt, and Fireboat 1 got underway for the approximately 60-mile trip upriver. The trip to the fire scene took about four hours for the fireboat.

Once Fireboat 1 arrived on the scene, they supplied water to the scene for four aerials. Fireboat 1 pumped into St Clair Ontario Canada 118-foot T-Rex aerial, which was also on mutual aid from across the river. The fireboat operated for approximately six hours on the scene–the longest trip the boat has made for mutual aid since it was placed into service in 1979. The Curtis Randolph (Fireboat 1) is the only Class A fireboat on the waterways between Chicago and Cleveland.