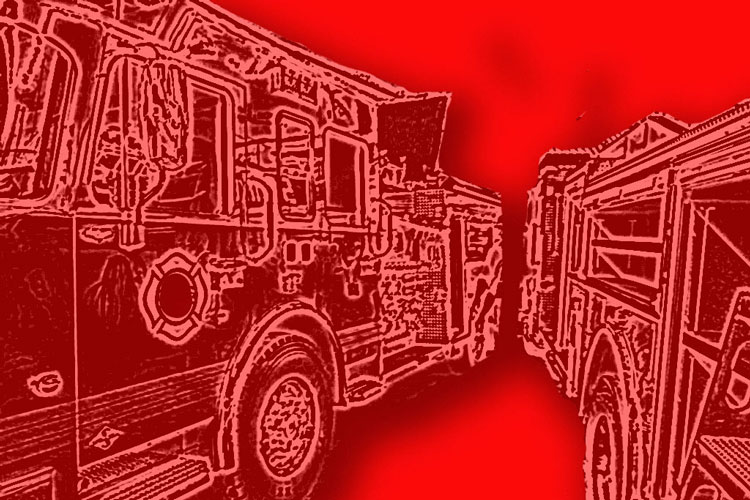 Strategic question: Once you have an approved budget, how do you expend it strategically?

In many cases, it will have taken multiple years, detailed proposals, and extensive justifications to get your department’s budget approved. It’s always more than a “continuation” of spending approval from what’s been done in the past. You’ve had to extensively prove your case, obtain realistic cost estimates, figure out how other departments are doing or funding the same project or equipment, and more. You’ve had to make some performance and outcome promises and have shown how your proposal will serve the community. But you have done it all successfully and the elected officials have finally approved your budget for the next year.

When a municipal fire department ends its budget year with extra funds beyond the amount needed as an ending fund balance as its planned carryover, often left-over funds are returned to the city’s “general fund” and are not kept within the fire department. This, of course, is not the same for fire protection districts or special districts funded by a specific tax levy assessed on properties within the district’s boundaries. But even in very successful districts that have an ending fund balance greater than is deemed necessary, future budget totals are often reduced.

Not only are fire departments prohibited from being too successful, many feel financially “punished” for being too much under budget by the policies of the city. Exceeding approved budget totals is illegal in many states. Mid-budget adjustments are often needed and sometimes approved by the elected officials throughout the budget year when this has proven necessary and contingency funds are available.

We are expected to break even every year or have a very small carryover balance. We must plan the costs of programs and services up to 18-24 months in advance of expending the budgeted funds and must do this accurately enough so that when the expenditures are made, there is money left in the budget.

What now? Do you have a strategic approach on how to expend the funds? Have you set performance priorities? Did you “sell” officials on critical safety needs or other items that simply can’t wait? Will annual revenues meet or exceed the projected revenues that were used to set your final budget total? What happens if the anticipated revenues are not actually received? When will you know this? A proactive, strategic approach is a desirable solution.

Every department should establish a strategic approach to expending your annual budget. Most items in the budget are straightforward. The vast majority of a fire department’s budget is a relatively fixed cost. Salary and benefits should be paid first. In many fire departments, personnel costs account for 60-85% of your total budget. Next are the costs of your facilitates and equipment, including operation and maintenance. Bond payments for fire stations may be included. Utilities for the stations and offices must be paid monthly. Vehicles need fuel and regular preventive maintenance and these costs should be encumbered as a known future cost and expended on a monthly basis.

Every fire department should have and maintain an encumbrance budget that keeps track of all expenditures as soon as the funds are committed to be spent for a specific purpose. If you don’t have one, then develop one. These budgets keep a running total or bottom line of “what’s left” to work with. It’s not intended to be etched in stone and must be a working document that is updated and corrected once final costs are known and expended. As the final budget considerations are underway and it appears that final approval is forthcoming, plot out your known/projected expenditures for each month or each pay period over the entire budget. Do this for all the standard, periodic costs initially as estimates on a “projected cost” column of your encumbrance budgets spreadsheet. Once the actual total is known, add the actual amount paid on an “actual cost column. Use formulas to total the year-to-date expenditures on both columns. Do the same thing for all of you projected fixed cost items.

The remainder of the budget covers new programs and services, one-time costs, and non-fixed cost spending. All too often, training costs are included in this category of budget expenditures, although some training may be viewed as discretionary. A firefighter’s second priority is to be ready to the next emergency through a continuous program designed to develop effective levels of knowledge, skills and abilities. So far, this is little more than a refresher on good budgeting practices.

Budget strategies really become a factor when considering the remaining portion of your annual budget. When funds are tight, the percentage of the total budget in this category is low. In good times, this could be as much as 30% of the total approved budget, especially when capital purchases are included, such as with the replacement of a fire engine or ladder truck.

With the beginning of every budget year, there are a few expenditures that are critical and time-sensitive and must be done as soon as the new budget year starts. This, however, is not the case for most line items in your approved budget. Needed safety equipment, preordered major apparatus deliveries, and critical items that must be completed within the budget year but have long lead times should be ordered and the funds encumbered as soon as the funds become available. This may take some preliminary work prior to the start of the budget year, namely writing specifications and obtaining bids. These become action items once initiated and should have a solid action plan for completion of the project as well as the completion of the purchasing paperwork and obtaining any required approvals.

For many line items in the budget, the timing of the purchase is not as critical as long as the project or purchase can be achieved during the budget year. Remember that it should be required that you actually receive whatever you have purchased by the end of the budget year unless it is a multi-year project or you have specific carryover authority. Thus, during the second quarter of the budget year, you should complete all of the prepurchase processes to the bulk of the remaining approved line item in your budget and short-term plan. These items are approved and funded by the budget, but you have not yet pulled the trigger on the spending, issued the purchase order, or whatever is your standard process. During this time, the second key consideration is to watch the received revenues carefully to determine if the projected revenues that will be used to fund all the items in your budget is on track as projected. Over a number of years, these projections usually get pretty accurate. Once the half-way point of the budget year is reached, there should be a fairly good prediction whether or not projected revenues are on track, are falling behind predictions, or are ahead of revenue projections.

During the second quarter of the budget year, the remaining line items, projects and new programs should be prioritized just in case revenues do not meet projections and full funding of your budget may be in jeopardy. This quarter is the main preparation stage for the remaining budget expenditures.

If revenues are on track or even ahead, the third quarter of the budget year is the time to complete the bulk of planned and budgeted expenditures. If revenues are close or behind predictions, waiting until the third quarter provides you with an opportunity to control how close you can get to completing all approved line items focusing on the highest priority projects and purchases first. This becomes a balancing act between the availability of revenues sufficient to fund the planned purchases and the ability to order and receive the purchase prior to the end of the budget year. If revenues are not received as anticipated, you will still have some options ability to balance your expenditures to your actual revenues by the end of the year.

This is when the encumbrance budgeting is most critical. If designed properly, it will track all line items from approval in the budget, through the issuance of a purchase order, receipt of the item, receipt of the invoice, and payment of the bill. Although this may seem like the role of the budget manager, it must be shared with all officers and available to all personnel. It must be transparent. Too often, purchases fall through the cracks. Items are delivered while the budget manager is not available or delivered to the wrong fire station, or any of a number of possibilities.

An effectively designed encumbrance budget spread sheet will immediately show where the problems are located. It will show the status of all line items. It will compare the projected costs with the actual costs. And, it will contain a running total of the remaining funds available within the department. It should be distributed in a read-only format or as a PDF file.

By using a strategic approach while you spend your approved budget, there will be fewer surprises and you can be proactive rather than reactive. It will give you the flexibility and the opportunity to spend wisely. For many readers, this is simply a budget approach reminder. So will be doing this naturally and without a deliberate step-by-step process. There are enough other fire departments that have not developed their own budget strategy that this approach will make a difference in their future budget success.

The Fire Officer’s Guide to the Tough Community Questions: Firefighters and Politics