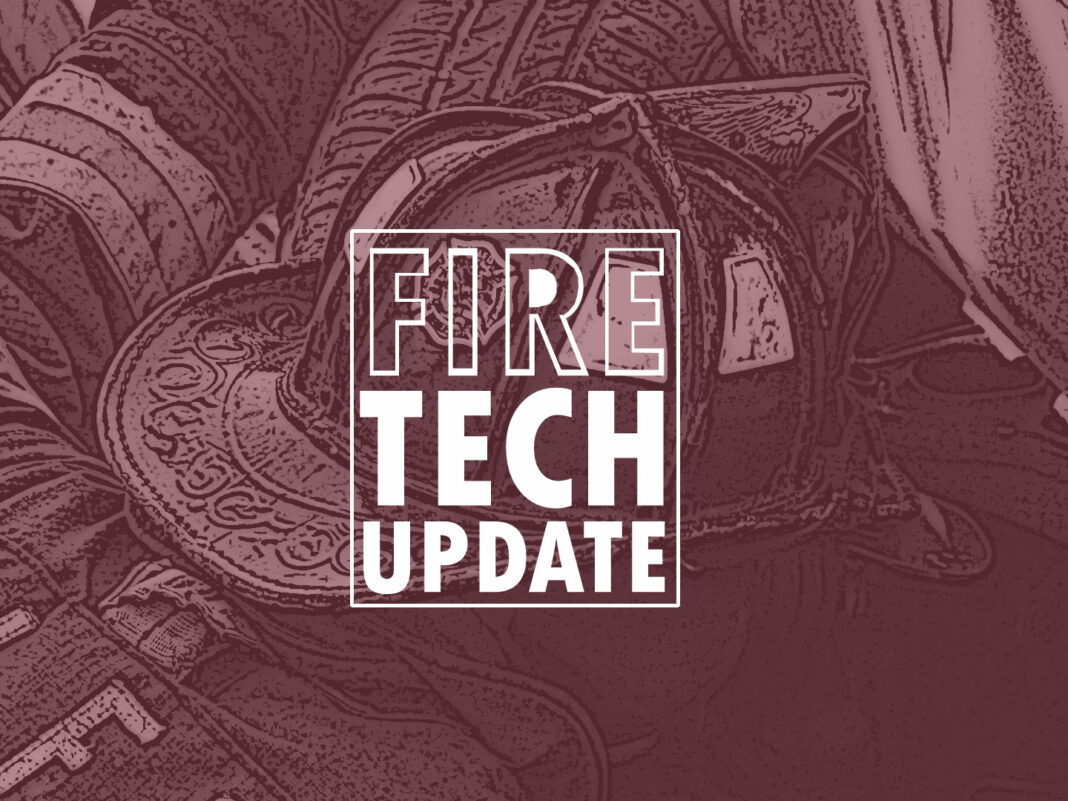 The amount of burnable plant fuels on a landscape and its level of dryness are key factors in estimating where a fire may ignite and how it might spread. This model makes this information more readily available for wildfire managers. According to Stanford University Ecohydrologist Alexandra Konings, it could “massively improve fire studies.”

Krishna Rao, a PhD student in earth system science at Stanford and the paper’s lead author, explains that the model must undergo additional testing before it is used for fire management decisions. He noted, however, that it’s already illuminating previously invisible patterns and, over time, can help reveal areas of greatest risk and “chart out candidate locations for prescribed burns.”

Currently, the U.S. Forest Service collects this plant water content data at hundreds of sites nationwide and adds them to the National Fuel Moisture Database as live fuel moisture content. Yet, little is known about how it varies over time from one plant to another—or from one ecosystem to another. “Now, we are in a position where we can go back and test what we’ve been assuming for so long—the link between weather and live fuel moisture—in different ecosystems of the western United States,” said Rao. The study will be published in the August 2020 issue of Remote Sensing of Environment.

Researchers have developed self-powered “paper chips” that sense early fires and relay a signal.1 Yapei Wang and his colleagues were searching for a method of detecting and warning of forest and other wildland fires before they began to burn out of control. Detection methods currently in use such as infrared imaging satellites, remote sensing, watchtowers, and aerial patrols either sounded the alarm too late; their temperature-sensing components required power; or they were expensive, rigid, or environmentally unfriendly.

The team focused on ionic liquids—which are salts in the liquid state—as potential thermoelectric materials for fire sensing. To make paper-based thermoelectric sensors, the researchers chose two ionic liquids that behaved differently when the temperature increased: One adsorbed to the surface of gold electrodes, while the other desorbed, producing opposite (positive or negative) voltages. They deposited each ionic liquid like an ink between two gold electrodes that were sputtered onto a piece of ordinary paper. When connected in series, the two ionic liquids produced an electric signal when a large temperature difference occurred, as would happen in a fire.

In a pilot test, the researchers attached one of the new sensors to a houseplant. They then placed a flaming cotton ball close to the plant’s roots. The temperature at the bottom of the sensor quickly increased, producing a voltage signal that an attached microcomputer chip wirelessly transmitted to a receiver. The receiver picked up the signal and activated a sound alarm and a red light. The thermoelectric paper chips are cheap ($0.04), and the materials are eco-friendly, the researchers add.

“You can basically think of it as a litmus paper for carbon dioxide,” says Al Meldrum, professor in the Department of Physics, University of Alberta (Canada), and co-author on the study led by graduate student Hui Wang. “The work showed that you can make a sensitive carbon dioxide detector out of a simple piece of paper. One could easily imagine mass produced sensors for carbon dioxide or other gases using the same basic methods.”

The sensor, which changes colors based on the amount of carbon dioxide in the environment, has many potential applications—from industries that make use of carbon dioxide to smart buildings. In addition, the sensor is low cost to create and provides a simple template for mass production.

Although this research demonstrates the sensing ability and performance of the technology, a mass-producible sensor would require further design, optimization, and packaging, the researchers say.

Researchers at the University of California (UC)—Santa Barbara’s Solid State Lighting & Energy Electronics Center (SSLEEC) and member companies are developing ultraviolet (UV) LEDs that can  decontaminate surfaces and, potentially, air and water have come in contact with the SARS-CoV-2 virus.

The power of ultraviolet light to inactivate the novel coronavirus has garnered much attention in recent months. “One major application is in medical situation—the disinfection of personal protective equipment, surfaces, floors, within the HVAC systems, etc.,” says materials doctoral researcher Christian Zollner.

UV light shows a lot of promise. In early April, SSLEEC member company Seoul Semiconductor reported a “99.9 percent sterilization of coronavirus [COVID-19] in 30 seconds” with its UV LED products. The technology is being adopted for automotive use with UV LED lamps that sterilize the interior of unoccupied vehicles.

The UV-C, which can be generated only by human-made processes, is the UV light of choice for purifying air and water and for inactivating microbes. “UV-C light in the 260-285 nm range most relevant for current disinfection technologies is also harmful to human skin, so for now it is mostly used in applications where no one is present at the time of disinfection,” Zollner explains.

Before the COVID-19 pandemic gained global momentum, materials scientists at SSLEEC were already advancing UV-C LED technology. This area of the electromagnetic spectrum is a relatively new frontier for solid-state lighting; UV-C light is more commonly generated with mercury vapor lamps and, according to Zollner, “many technological advances are needed for the UV LED to reach its potential in terms of efficiency, cost, reliability, and lifetime.”

Portable, fast-acting water disinfection was among the primary applications the researchers had in mind as they were developing their UV-C LED technology; the diodes’ durability, reliability, and small-form factor would be a game-changer in less developed areas of the world where clean water is not available.

The emergence of the COVID-19 pandemic has added another dimension. Disinfection, decontamination, and isolation are among the few weapons we have to defend ourselves, and the solutions will need to be deployed worldwide. In addition to UV-C for water sanitation purposes, UV-C light could be integrated into systems that turn on when no one is present. “This would provide a low-cost, chemical-free and convenient way to sanitize public, retail, personal, and medical spaces,” Zollner said.

However, Zollner and colleagues’ research has been interrupted by the COVID-19 pandemic.  Research at UC—Santa Barbara has been slowed to minimize person-to-person contact.

References:  Materials provided by UC—Santa Barbara. Original written by Sonia Fernandez. Note: Content may be edited for style and length.

Mary Jane Dittmar is the senior associate editor of Fire Engineering and conference manager of FDIC International. Before joining the magazine in January 1991, she served as editor of a trade magazine in the health/nutrition market and held various positions in the educational and medical advertising fields. She has a bachelor’s degree in English/journalism and a master’s degree in communication arts.