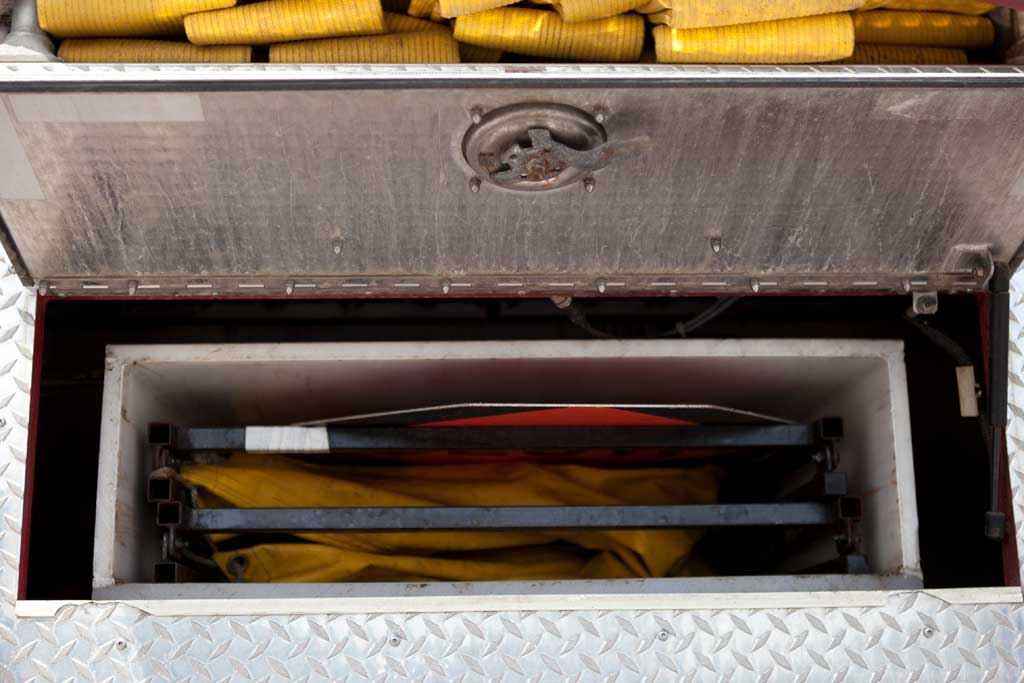 Recently in one of our previous columns, we looked at the different duties a driver can undertake to help the responding firefighters. There are many different aspects of being an apparatus driver, as it is an important position that helps to set the tone and helps to set the start of the operation for success. One of the main duties of the driver is to position the apparatus in the correct or optimal spot upon arrival. This spot will be dictated by the situation responding to and what is observed upon arrival as well as the department’s operational standards or practices.

There are two main areas that we operate in daily when responding to calls: they are the structural fire ground (both for the municipal and rural areas) and the highway or roadways for vehicle incidents. Both areas are important as it relates to positioning our fire apparatus for both a safety and an operational aspect.

Street Smarts from a Driver’s Perspective: Positioning Apparatus for Safety

When we arrive on the emergency scene, parking our fire apparatus plays an important role in how well we will operate on the emergency scene. Positioning of fire apparatus usually will dictate what tactics we can then use to combat the fire or emergency. Although positioning of fire apparatus is an important role that falls upon the driver, it is still the responsibility of the officer and the driver to plan ahead with respect to what operations will be needed so that they can park the apparatus in an effective manner. Let us look at some simple points with respect to how ineffective parking can hinder our operations.

The first point deals with ground ladders. Truck and engine companies will sometimes have their ground ladders stored inside the apparatus in enclosed compartments. This is to protect them from dirt and to keep them clean. To pull the ground ladders off requires the ladder to be pulled out completely from the compartment. A 24-foot extension ladder will be 14 feet long when bedded, thus needing about 15-16 feet to be effectively removed. Ensure you leave enough room between fire apparatus so that ground ladders can be pulled. The same accounts for ladders that are affixed to remote arms that bring the ladder down from the top or from the side. They need to have enough space to operate and enough space to pull the ladder from the rig.

One big aspect that needs to be considered is when we are arriving at a residential structure or a building of some type that is close to the street. The first-arriving apparatus needs to be positioned so that it will not hinder access to the building in terms of aerial operations or ground ladder operations. If the first-arriving apparatus is an engine or a pumper, it should pull past the address so that the front of the building can be owned by the aerial ladder unit. This will allow the aerial device to have access to the front and or sides of the building without any obstructions from another fire truck. By pulling past the address, it also allows the officer to see three sides of the building in one quick action.

When the fire apparatus does pull past the building, it should end up with the tailboard just past the corner of the building or thereabouts. We are not talking about a great distance here. Pulling too far past the building can be a hindrance and will defeat the purpose of doing so in the first place.

Pulling past the building will also allow for ground ladder operations if it is needed in the front of the building. The fire apparatus can sometimes be in the way, preventing any ground ladders from being able to be used for access to second- or third-story windows. By exposing the front of the building by pulling past the building, it also allows for unimpeded hose advancement into the structure. Sometimes firefighters must snake the hoseline around fire trucks and then lay it into the building. This cuts down on some of the length that is available for advancement.

When we are arriving on the scene of our emergency, take the extra second or two to plan out where you are going to park the apparatus so that we can ensure an efficient and effective operation from start to finish.

Back to The Basics: Elevated Master Streams