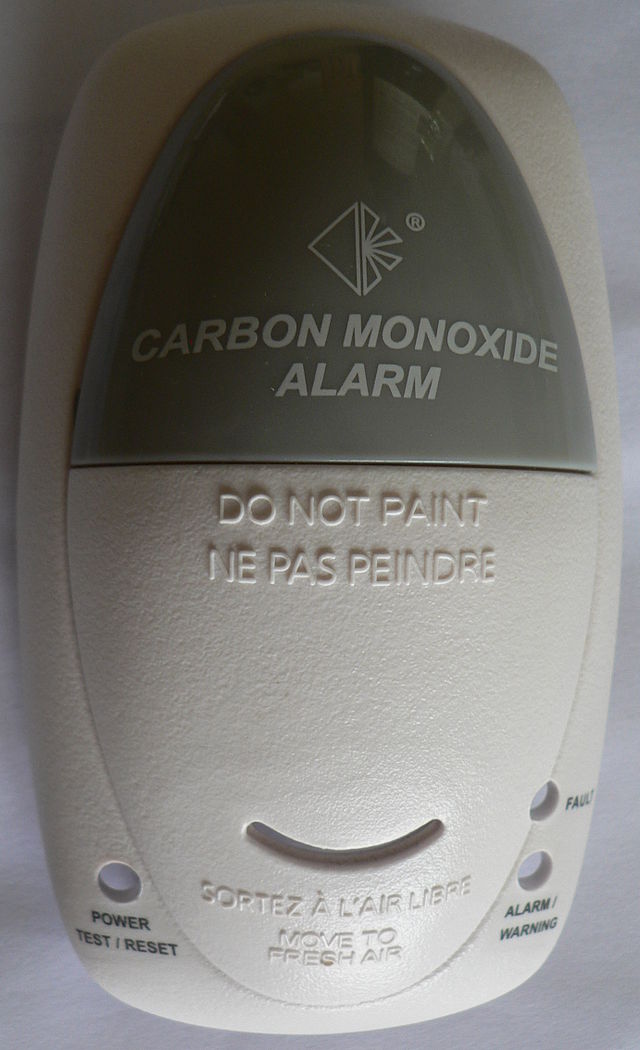 In “How Well Do You Know Your Meters? Part 1” I explained a few situations where carbon monoxide (CO) alarms turned out to be a lot more than we first thought when we initially received the response assignment. Metering has become an integral part of being a firefighter; just about every run to which we respond involves some type of hazmat situation. An ordinary fire releases more hazardous chemicals and gases than you can ever imagine. This article will discuss these CO responses.

To some firefighters, CO alarm responses are an every-day nuisance because occupants do not know the difference between actual alarm activation and malfunction and a low battery chirp. In many municipalities, these detectors are required by law or the homeowner has installed them for safety, but most fail to read the operation manual to see how the detector works or alarms. This causes the local fire department to respond and investigate the situation and advise the occupants. Depending on the manufacturer or model, some of these detectors are only good for five to seven years, and then they must be replaced. Anytime you respond to a CO alarm, check the manufacturer date on the back of the detector and advise the occupant of all your findings.

So, what is CO? It is a flammable gas that is poisonous (toxic), colorless, odorless, tasteless, and slightly lighter than air at room temperature. CO is flammable at 12.5 percent, equal to 125,000 parts per million (ppm)—way above what most meters on your apparatus will detect, but something of which you need to be aware. At 68°F, CO is slightly lighter than air at .968, compared to air at 1.0, but it has almost the same value and will be everywhere within the structure. Remember, any temperature change will quickly change its density. So, when you are using a hoseline to put a fire out, you will be cooling the area; the CO will then get heavier and sink to low-lying areas. Always think about the temperature when dealing with gases; it will help you determine areas that could cause a problem.

In a residential environment, the threshold we consider any reading above 9 ppm as an emergency (some members simply use 10 ppm and up). Residential dwellings are considered continuous occupancies; in other words, someone could be in the structure for 24 hours a day. This is why we use 10 ppm as the emergency threshold. In commercial buildings, the recommended threshold is 35 ppm. So, a worker in a commercial occupancy can work up to 10 hours a day in a 40-hour work week at a level of 35 ppm per day. If you have elevated CO readings, always try to determine the source of the problem, shut down the system, and ensure all occupants are aware of the potential danger.

The majority of detectors you will most likely come across will be battery-operated or plug-in-style. A dwelling may have combination smoke/CO detectors or separate smoke and CO detectors. If you are unsure which detector is sounding, you can usually tell by the number of beeps. If you hear four beeps, a pause, and then another four beeps, that is the CO alarm activating. If you hear three beeps, a pause, then three more beeps, that is the smoke detector activating. If you hear three chirps every minute, that usually means there is some kind of malfunction and as we all know, the occasional one short chirp a minute usually is the low battery alarm. Also, when the detector reaches the end of its life span, the detector will chirp five times every minute. You may find a slight variation of this, but you should know the difference between the beeps and chirps.

Firefighters using CO metering devices for investigations should also be aware of cross sensitivities of other gases in the environment that will show a positive or negative CO reading on your meter. You may have come across this situation before and didn’t even realize this was happening. Have you ever had a response where you could not create the same situation about which the occupant called? Have you ever been to a CO response and could not figure out why your CO meter was showing you that you had a reading? Have you ever had a negative reading on your CO meter? This happens far too often, and sometimes you could be picking up a different gas other than CO. This is true for other sensors as well; not just CO.

For example, in my firehouse, one of the second-floor CO detectors began activating. We began investigating using the meters on our apparatus and checked all areas of the firehouse. Our CO meter was reading 45 ppm on the apparatus floor and 38 ppm on the second floor. As we checked the areas that have gas appliances (the kitchen and basement), we noticed that the readings began dropping to zero. We thought it may have been from the apparatus exhaust, but after ventilating the readings increased again. After investigating and contacting our hazmat unit, we determined that an acetylene cylinder from our torch was leaking. As it turned out, acetylene is cross sensitive with the CO sensor in our meter.  When researching the operations manual, Acetylene has a cross sensitive value of 1 for 1 with CO.

We also responded to an incident for an unusual odor in a private house. As we investigated with our single gas meter, we noticed we were getting positive CO readings in the dwelling, and there was a slight smell of rotten eggs in the basement. After investigating for more than an hour using an additional multigas meter, we determined that the backup power batteries for the basement sump pump were overheating and giving off hydrogen sulfide (H2S), which gave us readings on the CO and H2S sensors. I have also had incidents were our multigas meter was getting readings on multiple sensors at the same time, which turned out to also be cross-sensitivities.

Recently I heard about an incident where the Fire Department of New York (FDNY) was investigating a CO alarm activation in a supermarket basement and was getting readings of approximately 140 to 160 ppm of CO. They requested a hazmat response; and my squad company as well as Hazmat 1 responded to investigate. After shutting down the gas burner, appliances, and ventilation, the FDNY was still getting these same readings. Companies continued to investigate when they noticed a gas odor and positive readings from a sewer in front of the building. They later determined that the natural gas pipe was leaking under the street, and the gas was seeping through the concrete walls in the basement, scrubbing out the methyl mercaptan odorant and that was giving the false CO readings, although not enough to give a lower explosive limit reading.

Most firefighters don’t realize that meters have cross sensitivities. Any metering device that your department uses has an operation manual that should list gases that are cross sensitive; you can also research this online. Firefighters should be aware that the reading that they may see on their meter may not be for that particular gas and should use caution at all times. Using more than one meter, multigas meters, and other types of metering technology may address some of these issues.

As you can see, no response is routine, and you should never let your guard down on any response. Firefighters should always use full personal protective equipment and should have their self-contained breathing apparatus ready for use when investigating any response. You never know what you might be dealing with, and you need to protect yourself and your fellow firefighters at all times.

KEVIN YOOS is a 19-year veteran with the Fire Department of New York (FDNY) and a lieutenant assigned to Squad Company 270 in Queens. He has been working in the FDNY Special Operations Command (SOC) for the past 15 years, and prior assignments include Squad 61, Ladder 17, and Engine 50 in the Bronx. He has served twice as Chief of Department for the Setauket (NY) Fire Department on Long Island, is currently a commissioner of the Setauket Fire District, and has been an active firefighter and officer for the past 26 years. He is a nationally certified Fire Instructor II and is a Deputy Chief Instructor at the Suffolk County Fire Academy. He teaches many programs including hazmat, technical rescue, and shipboard firefighting for the FDNY and also instructs technical rescue programs for the New York State Division of Homeland Security and Emergency Services. He can be reached at yoos270@gmail.com.