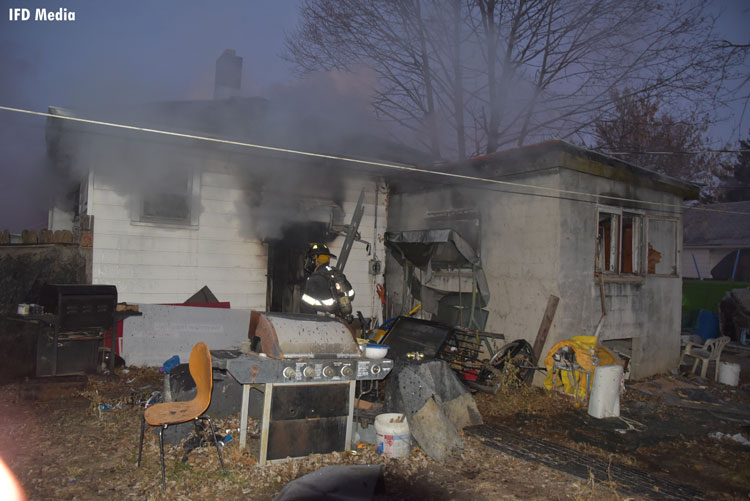 Indianapolis firefighters operating in frigid temperatures had to deal with freezing gear at the scene of a recent residential fire.

Crews were initially dispatched to the scene at 4:16 a.m. They found heavy fire in the basement of the residence. A second dispatch saw crews responding at around 7:09 a.m., where excessive clutter in the home had smoldered and kindled. One female patient was transported and ended up in critical condition at a local medical facility.

During the second dispatch, fire crews had major issues with their self-contained breathing apparatus (SCBA) freezing. Members were unable to manipulate the on/off controls, since once they were wet, they would freeze with a layer of ice. Firefighters needing to swap bottles for a fresh air supply were unable to do quickly, resorting to the use of hand tools to loosen the frozen grip on their equipment.

While en route to the fire, the Tactical Supply Unit (TSU), which provides on-scene air management, was involved in as accident at 38th and White River Parkway. There were no injuries, but this complicated issues for crews working at the fire. A second TSU was dispatched from further away and on-scene crews ended up using spare bottles from their apparatus. While operations difficulties were manageable, the frigid temps, water-to-ice conditions, and the presence of prior structural integrity damage complicated things for companies at the scene.

RITA L. REITH is a battalion chief with the IFD and serves as the agency’s public information officer.