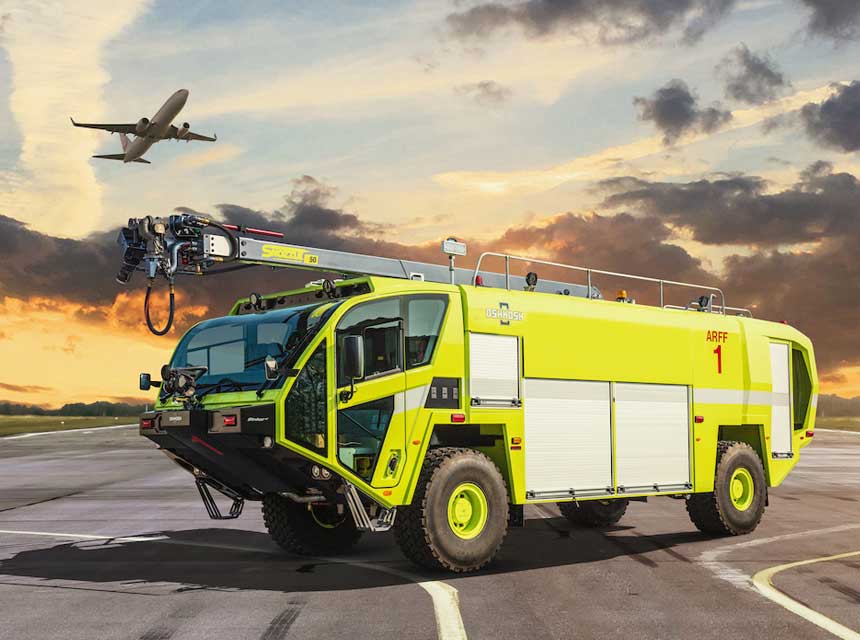 Oshkosh Airport Products, LLC, an Oshkosh Corporation (NYSE: OSK) Company, announced today that the company has secured an extendable contract award with the New Zealand Ministry of Defence. Phase one of the contract will include the production of two Oshkosh® Striker 4×4 ARFF vehicles, with aftermarket service provided by Australia/NewZealand-based Oshkosh Corporation subsidiary, JLG Industries, Inc.

Features of the New Zealand Ministry of Defence new Striker 4×4 ARFF vehicles include:

The New Zealand Ministry of Defence is a civilian agency that provides advice to the government on defence matters, contributing to the nation’s safety and security. The Ministry is also responsible for the purchase of major military/defence equipment for New Zealand Defence Force. The new Striker 4×4 ARFF vehicles will replace the two oldest ARFF’s at the Royal New Zealand Air Force base Woodbourne in the South Island. Phase two of the project will see the remaining six ARFF’s at the Whenupai and Ohakea air bases replaced with Striker 4×4 ARFF’s commencing in 2023.

“We are honored to be selected by the New Zealand Ministry of Defence to fulfill a contract of such magnitude,” said Jack Bermingham, business unit director for Oshkosh Airport Products. “In partnership with our colleagues at JLG, we look forward to providing the Ministry and the New Zealand Defence Force with a customized fire apparatus that will support their critical safety, efficiency, and service needs for many years to come.”