Firefighters know the dangers of their jobs all too well. They are expected to know building construction, air flow paths, reading smoke conditions, water supply, and so on. Unfortunately, firefighters often are not equipped with the necessary equipment and technology to allow them to perform their duties in the safest manner possible. As you review the reports on Web sites such as FirefighterCloseCalls.com and FirefighterNearMiss.com, one word continues to surface time and time again: disorientation. 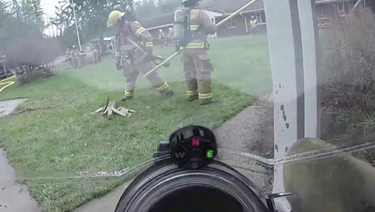 Firefighters are tasked with operations in dangerous unfamiliar environments, often in zero visibility. Not being able to maintain situational awareness and directional guidance leads to undesirable outcomes. Firefighters operate more slowly; with less purpose; and, most importantly, nonefficiently when stressed in low visibility. Thankfully, one firefighter took this challenge head on and developed a device that adds another level of personal protection: the Northern Star. 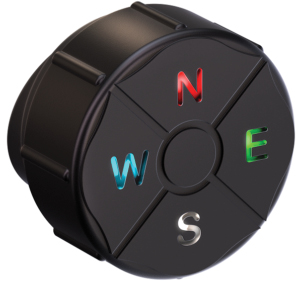 The Northern Star is a small eight-directional compass that attaches to the inside of the firefighter’s face piece with a fire-rated two-sided tape from 3M. The device displays N (north), S (south), W (west), and E (east) and illuminates the direction the firefighter is facing or traveling. Leaving global positioning systems technology behind, the Northern Star uses a magnetometer to determine its heading. Similar to the microchip in most cell phones, the Northern Star uses the “granddaddy” of all microchips, which has the ability to filter out man-made interference; hence, the tracking remains incredibly accurate. Furthermore, it communicates in eight directions. So, if the “N” and the “W” are illuminated, the user knows he is headed northwest. However, if just the “S” is illuminated, the user can discern that he is headed south.

Powered by a small, rechargeable lithium-ion battery, the Northern Star can run for seven continuous hours before needing a charge. 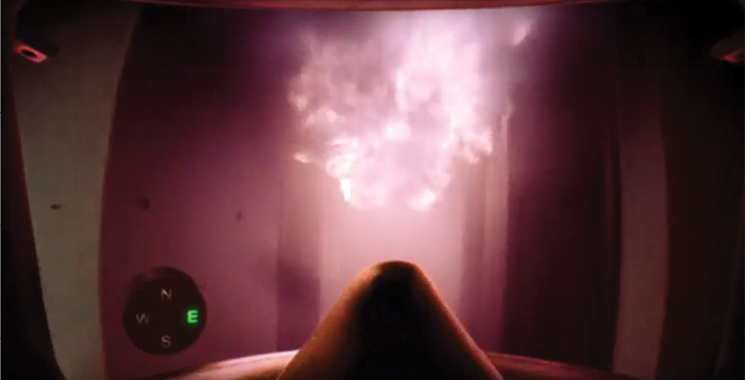 The company provides each user with two batteries to maintain a state of readiness. The Northern Star does not use an on/off switch; rather it has incorporated a series of mechanical devices and accelerometers to activate the unit.

The firefighter taps (or “shocks”) the Northern Star, then makes a “firefighter-like movement” to bring the device to life. Now “on air,” the firefighter completes this process by rapping on the outside of the face piece and moving his head.

A period of three minutes of constant inactivity turns off the Northern Star. As the Northern Star sits idle on the engine or in a locker, there is a zero battery draw, resulting in reliability and long battery life.

The Northern Star is waterproof and snaps together. Many SCUBA diver rescue teams have inquired about the product since divers often face similar low-visibility environments. Pressure testing is underway to determine how deep the unit will function when used in deep water operations.

The Northern Star was developed from a firefighter’s perspective. There have been reports of firefighters being 15 feet from a front door when they go the wrong way or run out of air. If this simple technology is in our phones and trucks, why isn’t it in our masks?

The challenge to the technology comes from its size. Measuring in at the diameter of a U.S. quarter, the interior dimensions of the Northern Star are limited and primarily consumed by the lithium-ion rechargeable battery. Add to the technology gyroscopes, microprocessors, and light-emitting diode lights, and the challenge becomes obvious.

JEFF DYKES is a 20-plus-year fire service veteran and a captain with the Eau Claire (WI) Fire Department. He is the creator of the Northern Star and the owner and founder of Northern Star Fire LLC.