A simple improvement on a pair of devices has yielded a slick new option for holding doors open when needed: the “Ready Eddie.” Combining the principles of the simple wedge and a “cherry bomb” (photo 1), the user is given the option of how to employ the device. It can be hung from a hinge (photo 2), set under a door (when floor contact allows) or at the top of a door (which works great with long piano hinges), within the hinge space, and so on.

To make one, simply cut the wedge to the appropriate size and shape that works for your liking. We’ve found that using pine wood 2 × 2s cut at five to six inches long and on a 15° angle work wells for the doors we encounter. Longer wedges are difficult to keep with you, while shorter ones have steep pitches, reducing their ability to hold enough friction. However, there are no absolutes. Use a three-inch 8d common nail, set it near the corner on the back of one wedge, and tap it about ¼ to 1⁄3 inch deep with a hammer to secure it (photo 3). Pine wood occasionally has knots. If you encounter them or are using a harder wood, predrill the hole to prevent splitting the wedge.

Once the nail is in place, use a medium to large pair of pliers (photo 4) to bend the nail over so it will form a “U.” The nail should be able to swing around to the front face of the wedge. 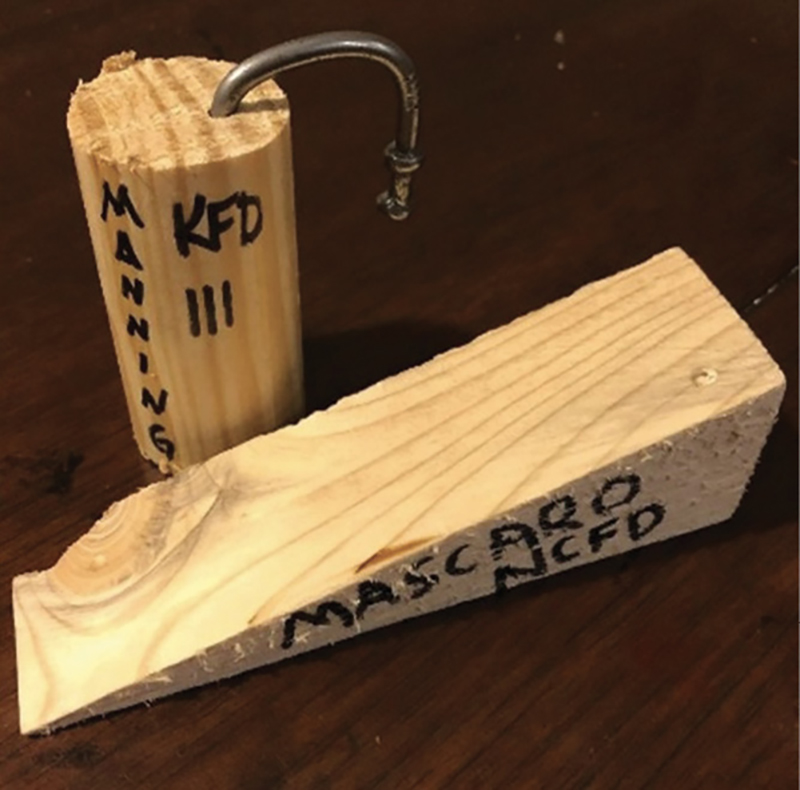 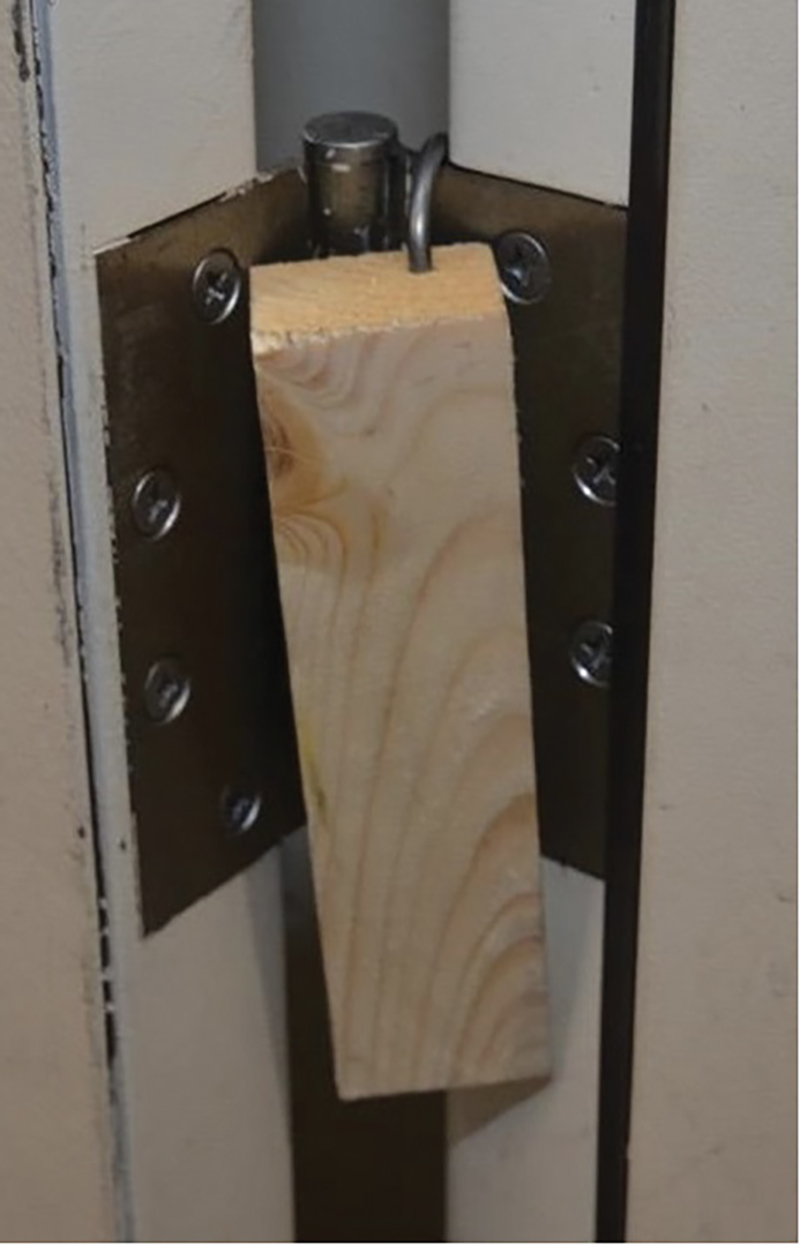 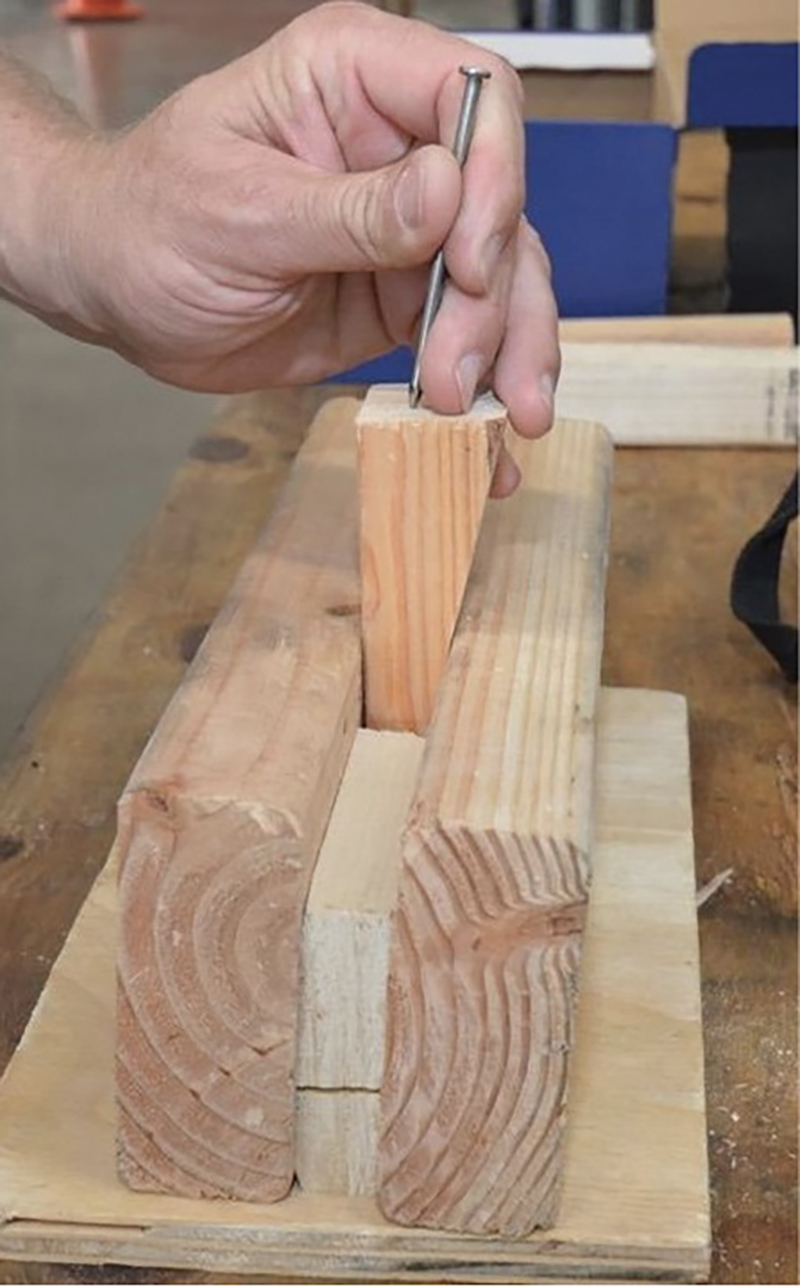 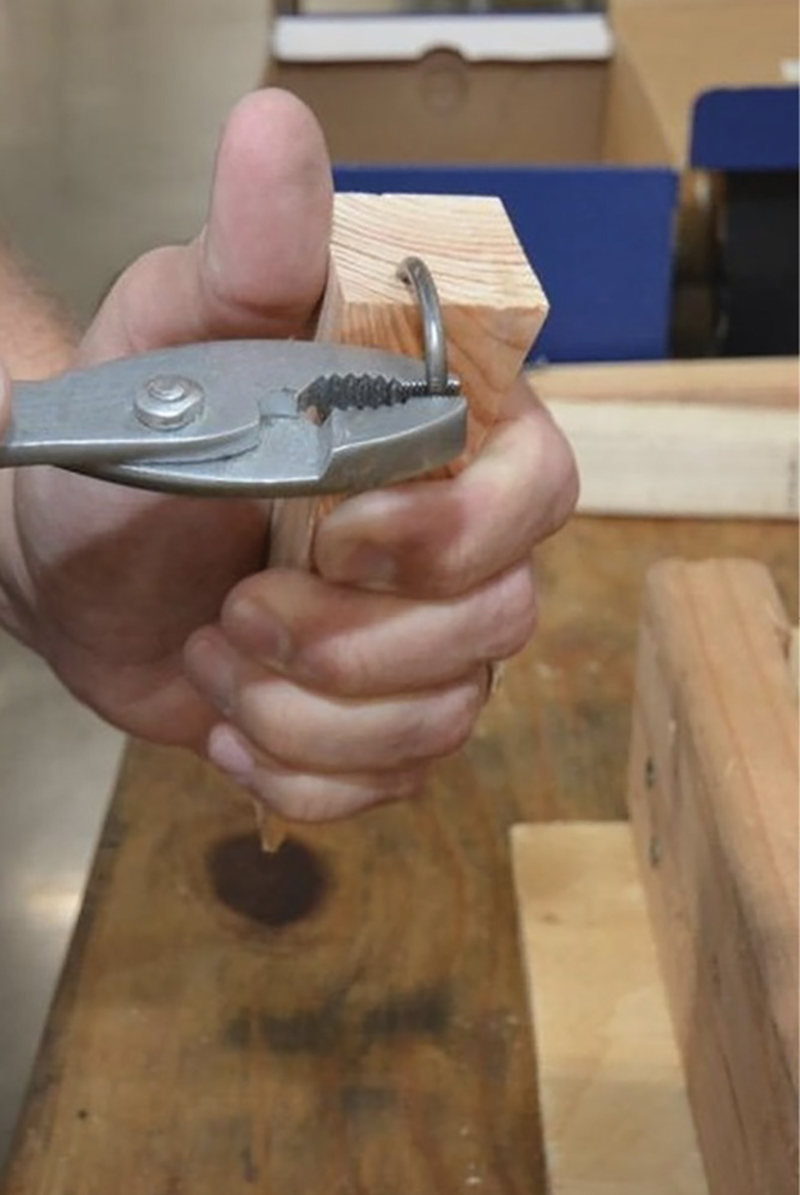 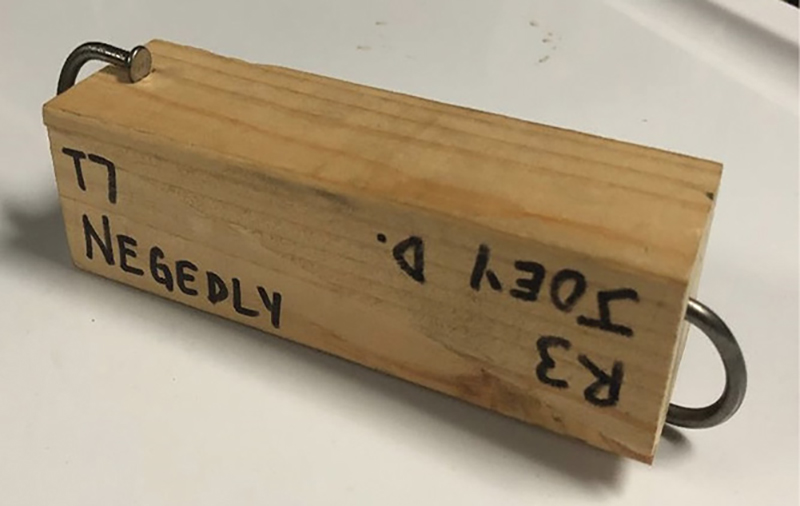 To reduce the profile and minimize the device from catching on the inside of a coat or bunker pant pocket, marry two Ready Eddies by swinging the nails around to bight the other one in place (photo 5). They also ride nicely in your helmet band, if you use one.

The real value of a Ready Eddie is that it is easy to make, inexpensive, and disposable. Typically, just a two- × two- × 96-inch piece of wood and a box of three-inch nails can yield you 32 Ready Eddies, plenty for you and the crew.

Author’s note: Special thanks to Firefighter Eddie Spyrides for his help with this article’s concept.

WALTER LEWIS has been a firefighter since 1990 and is the district chief for the Orlando (FL) Fire Department (OFD), where he has worked since 1996. He began his career as a volunteer, then later moved to a paid firefighter in a bedroom community fire department. With the OFD, Lewis has served on some of its busiest units and within special operations. He has contributed to the state of Florida Live Fire Training Instructor curriculum, is a charter member of the Orlando Fire Conference, is a member of the F.O.O.L.S.