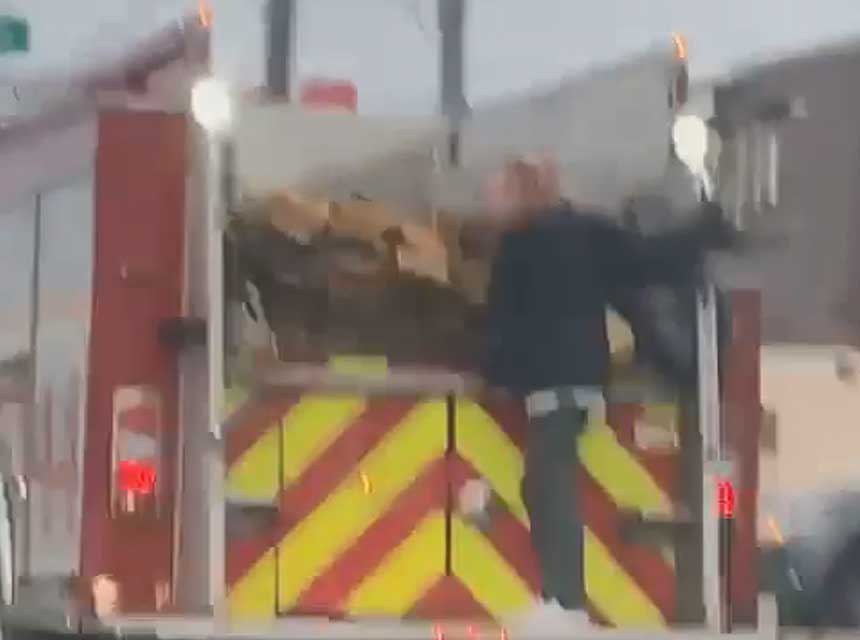 The Indianapolis (IN) Fire Department (IFD) has issued a warning to the public after video captured one woman hopping a ride on the back of a fire apparatus.

THIS IS NOT OK. While at a stoplight yesterday, IFD Engine 44 was notified by another motorist that a woman had jumped on the back of their engine and was using it for her own personal transportation. It is unclear how long the woman had been on the back of the engine.

THIS IS NOT OK. The crew, completely unaware, stopped the engine and kindly asked the woman to vacate the apparatus. They were concerned for her safety and in return, she was less than kind with her remarks to the crew.

Entering, stepping on or jumping on any piece of apparatus without express permission from the Officer in charge of the apparatus IS NOT OKAY. The danger this activity puts both the trespasser AND the crew in, is unacceptable.

Reith added that the engine had just finished an alarm run call at 2900 N. Shadeland (in the industrial complex) and was headed to the fuel pumps at 7400 E. Pendleton Pike.  En-route, firefighters got stopped at the light at 38th and Shadeland.  This is their best guess as to when the woman may have jumped on the apparatus.