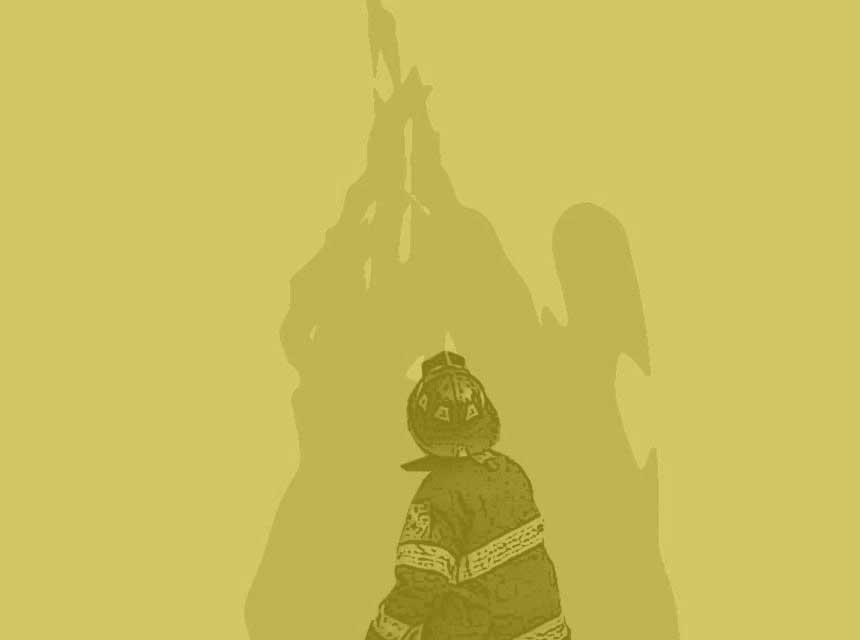 As part of my doctoral dissertation in Clinical Christian Counseling, I completed this project in an overall effort to show a possible association between the emotional/psychological side effects commonly found in the fire service and faith. I felt that it was important to share a portion of my research to all of those in the fire service arena so we may someday all stand victorious to pressures in both the fire service and of this world. There are numerous studies looking at different forms of stress and how they contribute to the development of emotional and psychological issues such as traumatic exposure, sleep deprivation, compassion fatigue, etc. Unfortunately, what has received very little attention is the measurement between one’s diagnosis of emotional/psychological issues and their faith.

Anonymous questionnaire using Google forms. The questionnaire consisted of 11 multiple-choice questions that were posted on numerous fire service Web sites along with an international magazine. To maintain random participation and help reduce biased responses, any faith-based sites, or magazines were avoided. This survey resulted in 577 responses providing a reasonable representation of the fire departments within the United States, considering the small number of departments having staffing numbers greater than 500. The data collected looked at gender, years of service, diagnosis of post-traumatic stress disorder (PTSD), diagnosis of non-specific emotional/psychological issues, marital status, alcohol use, history of divorce, belief in God, a change in belief, whether the fire service caused their change in belief, and church/religious institute attendance. A rough analysis of the data showed a possible association between those diagnosed with having emotional/psychological issues and an unhealthy relationship with God (in this article, an unhealthy relationship with God refers to not having a rapport with the Christian God and not attending church) . What came to my surprise was the percentage of members believing in God, but the data also showed a great percentage of believers not attending church or other religious institutions.  Although believing in God is the key to eternal life, faith must also be supported through action, such as seeking is Word, praying, living generously, being humble, etc. “So you see, faith by itself isn’t enough. Unless it produces good deeds, it is dead and useless.” (James 2:17, NLT). If an individual is not attending church or other religious services, it is then reasonable to believe they are not practicing believers. Is it correct to say that in order to follow God one must go to church? Not necessarily but measuring church attendance is a simple way to compare having faith to practicing faith.

The information collected from this study was not intended to show causality of any kind and therefore none will be demonstrated. The overall intent or hypothesis of this research project was to see if there may be a correlation between the negative side effects of the fire service and the status of one’s faith in God. For a clearer understanding of this data, a brief example looking at PTSD is provided.

Out of 577 responses, 50 responded as having been diagnosed with PTSD. Out of those fifty members, 29 were believers, and 14 of the believers claimed to not be regular churchgoers. If we were to combine the number of non-believers (NB) with the number of believers not attending church on a regular basis, non-followers (NF), it would result in a total of 34 (68%) of the fifty members potentially experiencing an unhealthy relationship with God. Next, the years of service can be separated to see if the time duration in the fire service can have a determining affect. After organizing the data into three separate categories of service time, the results were not as expected. It would seem logical that the longer an individual is in the fire service, the more likely he or she would experience the negative effects common to this profession. However, the data from this survey shows that for a member of the fire service to develop PTSD, an accumulation of events over an extended period of time may not be a necessary factor. According to the data, whether a member has fewer than 10 years or greater than 20, the possibility of developing PTSD is nearly the same.

When considering the results in this scenario, it is important to understand that each category was calculated separately and there may be overlap between them. For instance, it is quite possible for an individual to experience a troubling divorce as well as having been diagnosed with an emotional/psychological issue, such as depression. One may very well be the cause for the other or have no correlation at all. Therefore, to avoid over complicating this research discussion, a total combined sum of the given categories is excluded. Most importantly, a great deal of attention needs to be placed on the percentages of non-believers (NB)/non-followers (NF) provided in each category.

For those diagnosed with having PTSD, it is likely that well over half will coexist with an unhealthy relationship with God. As a 32-year veteran of the fire service, I can attest to the chronic exposure of the horribly inconceivable events of this world. We simply cannot un-see or un-experience the past. What we can do, is accept Christ as our Lord and Savior and place all our burdens at His feet. “Come to me all you who are weary and carry heavy burdens….” (Matthew 11:28-30, NLT). When someone continues to carry their yesterdays, they can become emotionally exhausted, placing them at risk for listening to the lies of the deceiver telling them that suicide is the only option. Without a healthy relationship or oneness with God, we may become overpowered by, and/or surrender to the wickedness of this world.

When looking at the emotional/psychological category in this scenario, one should notice an alarming percentage of those who are either non-believers or non-followers of God. Having just under 100 percent of the respondents who claimed to have had a diagnosis of emotional/psychological issues being either a non-believer or a non-follower can be an indication for the need of having a healthy relationship with God. Although the category of emotional/psychological issues were nonspecific and can involve numerous disorders such as those found in the Diagnostic and Statistical Manual of Mental Disorders (DSM), the purpose of this category was only to obtain quantitative data regardless if it was anxiety or depression along with trying to determine an association with one’s faith or lack thereof.

Divorce is another area of great concern, not just in the fire service but in the general population as well. Any business where 28 percent of workers are going through or have experienced a divorce can expect to encounter some level of negative impact within the company. Divorce can create debilitating stress affecting the entire family as well as the workplace. When I was going through a major divorce I was outraged at the outdated marriage and family laws at that time, which have since changed. In conjunction with other residual issues, this placed me in a constant state of frustration and intolerance; with that came deteriorating health issues and sleep deprivation, all of which had a profound impact on my job performance. I was unable to concentrate on the dangers of fighting fires, which prevented me from adequately fulfilling the role as an officer. This eventually forced me to remove myself from the frontlines until I was able to find peace by fully accepting Christ in my life and staying committed to seeking and understanding His instructions on how to live our lives.

When the number of non-believers were combined with the number of non-followers, the total came to be 58 percent of the total number of personnel.  The significance of these figures gives rise to a potential association between the development of emotional/psychological issues and an unhealthy relationship with God, which simply cannot be ignored.

The final data analysis of this project demonstrated evidence of a potential association in members experiencing emotional/psychosocial related issues coupled with an unhealthy or nonexistent relationship with God compared to those having faith in God as well as practicing their faith. More research in this area is needed to show a direct link to the emotional/psychological risk of not having or maintaining a healthy relationship with God. As a Clinical Pastoral counselor, it would be easy to tell members of the fire service as well as other individuals that if they want to have a life full of joy and spiritual richness, simply read and follow what is instructed in Romans 12. When those same individuals are living each day walking in doubt or under the power of an emotional imbalance, it is unreasonable to expected them to comprehend why Romans 12 seems unachievable for them. If we always understood why we do or think the things we do, we could just change it or continue it according to our own desires.

My additional research plans are to look at both the emotional detachment that occurs in first responders and the negative effects that may come with eager firefighters not having the opportunity to complete the missions for which they are trained. Here is a link to my latest survey. If we can all share it so to move towards better understanding the overlooked precursors to stress development, I would much appreciate it.

BRETT SNOW has more than 30 years of fire service experience, serving the past 19 years with the Chicago (IL) Fire Department, and is a licensed clinical pastoral counselor.

Drawn by Fire: A Prickly Predicament

EMS Is Not a Distraction from Our Job, It Is Our Job

Drawn by Fire: The Wise One