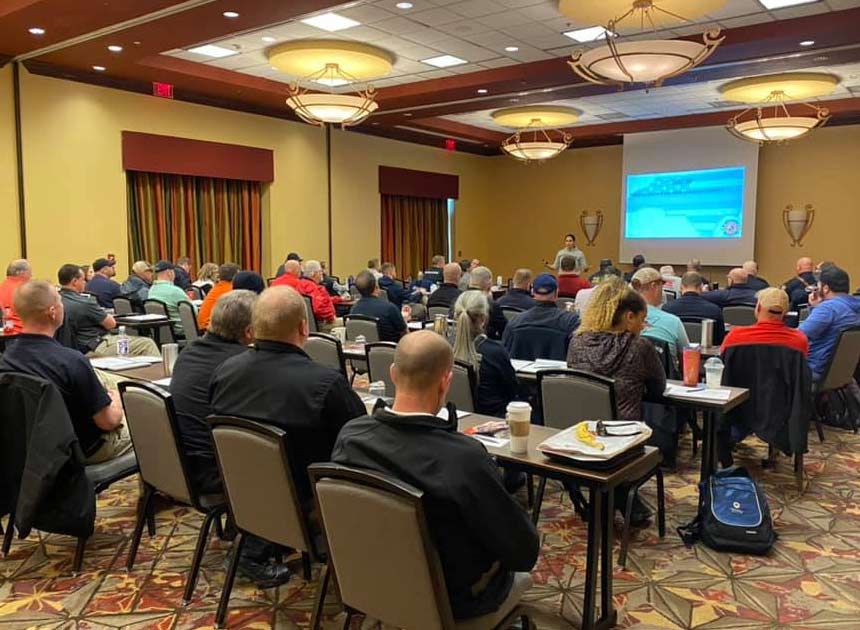 The fire service is constantly changing, and some firefighters are reluctant to change. Pride and tradition are embedded in a new recruit’s thought process the minute they enter the fire service. These characteristics are manifest in the appearance of the station, apparatus, and uniform. In the 36 years that I’ve had the privilege of being in the fire service, change is the new standard operating procedure. I’ve learned that the majority of these changes need to be incorporated into the fire service values. These days I believe the biggest change that needs to be addressed is first responder mental health.

In early 2017, our agency had the privilege of having Dena Ali, director of the North Carolina Peer Support team and captain with the Raleigh (NC) Fire Department, educate our members on suicide awareness and working in the multi-generational workforce. At the time of the class, my focus was on multi-generational workforce and learning the secret to getting baby boomers, generation Xers, and Millennials working together in harmony. I wish I had concentrated more on suicide awareness. In the fall of 2019, our agency experienced a suicide by a recently retired member.  His death had a major impact on the department. Some of our members remembered the class that Ali taught and made contact with her for guidance. North Carolina Peer Support was ready to assist our department with whatever needs we saw.

The suicide of a former co-worker had a major impact on my views and priorities. I realized career development and departmental politics were not as important as I once thought they were. My views shifted to how I could have prevented the suicide. I wondered if my actions contributed to the event and if I should have recognized something was out of the ordinary. As these thoughts raced through my head, Ali invited me to attend an upcoming Peer Support training in Black Mountain, North Carolina. I felt called to join the team and become a part of the solution.

The Black Mountain class was incredibility informative about the mental health issues faced by firefighters and other first responders. The most powerful thing that I witnessed in the two-day class was the passion that the instructors and students had for the subject. Everybody spoke from their heart with empathy, and each attendee wanted to be a part of the solution to first responder mental health. I took what I learned at the Black Mountain class and used it to convince our fire chief to send eight of our firefighters to the next peer support training held at the North Carolina Association of Fire Chief’s Mid-Winter Conference in January of 2020.

The class was huge, and as I sat listening to all the testimonies about why attendees were there, their expressions had a powerful effect on me and my emotions. While listening to the others, I prepared myself for what I was going to say when it was my turn to share. In that moment, it occurred to me that reaching out for help is incredibly difficult. I realized the commonalities between firefighter mental health and teaching firefighters when to call for a Mayday.

Throughout my years in the fire service, I’ve learned that one of the biggest challenges when teaching Mayday is getting firefighters to call out for help early enough for the help to be effective. Mayday situations are not a time for a macho attitude to mask the fear of getting ridiculed or judged. We taught candidates when to call a Mayday by using the following algorithms. If I get lost, then I call a Mayday. If I get trapped, then I call a Mayday. If I think I am low on air, then I call a Mayday. We ensured they knew how important it was to call for a Mayday as soon as they found themselves in danger. Once we taught the parameters for calling a Mayday, then we taught the LUNAR acronym: L=Location, U=Unit Number, N=Name, A=assignment/air supply, and R=Resources needed.

I realized in the peer support classes that this acronym can also be used for a mental Mayday. As each person explained their reasons for attending the class, I realized some of the same common words being used could also fit into my thought process with LUNAR. As I listened to the eight members of my fire department give their testimony, I struggled to gather my composure to be able to speak. I began to fear what others would think about me if I started talking about this Mental Mayday philosophy. I experienced the very fear of vulnerability that we must combat to if we want to get our brothers and sisters to ask for help when they experience a Mental Mayday.

I believe this is just the beginning, and by giving firefighters some direction, hopefully we can make a difference in the lives of those we serve with.

Here are the common expressions I heard in both peer support training classes, and how they can be used in the LUNAR acronym to call a mental mayday.

L = Love: I felt a lot love during the two classes that I attended in the Peer Support training. The golden rule says, “thou shalt love thy neighbor as thyself.” When people are lonely and dealing with difficult situations, feeling loved plays a huge part in the recovery process. Loving someone shows them that you care about them and will support them. Expressions of love convey that you are willing to be there for them in their time of need and that they are not a burden.

U = Understanding: Understanding is empathy. As a peer supporter, we need to understand the problems first responders face and avoid being judgmental. The peer support network is comprised of people that have faced similar issues and have an understanding of what people are struggling with. Through their personal struggles, peers are willing to help others in similar situations.

N = Needs: There are many needs that a person may have in a Mental Mayday situation. These include emotional, financial, clinical, and simply someone to listen to their problems and validate their feelings.

A = Availability: As a peer supporter, we need to be readily available to respond to the needs of others. The commitment that the North Carolina Peer Support team has displayed when a crisis occurs demonstrates that they are available anytime someone has a need

R = Resources: Suicide Prevention Lifeline 1-800-273-TALK, Employee Assistance Programs (EAP), financial assistance, our peer to peer line (1-855-7NC-Peer), etc. are just some of the resources that are readily available for those in need.

Suicide is an issue facing the fire service today, and hopefully we can have positive impact by reducing the number of its victims. Aristotle’s philosophy on suicide was that it robbed the community of the services of one of their members. Fire service members contribute to community by assisting them in their time of need. It does not matter if it is a fire, medical, or a cat in the tree, the fire service is there to help them. Equally, we need to be there for our brothers and sisters who serve their communities in their time of need.

Danny Nicholson joined the fire service in 1982 as volunteer and was hired by Statesville Fire Department in 2001. He holds the rank of Battalion Chief/Accreditation Manager.

Good to Be Home Again…After 32 Years