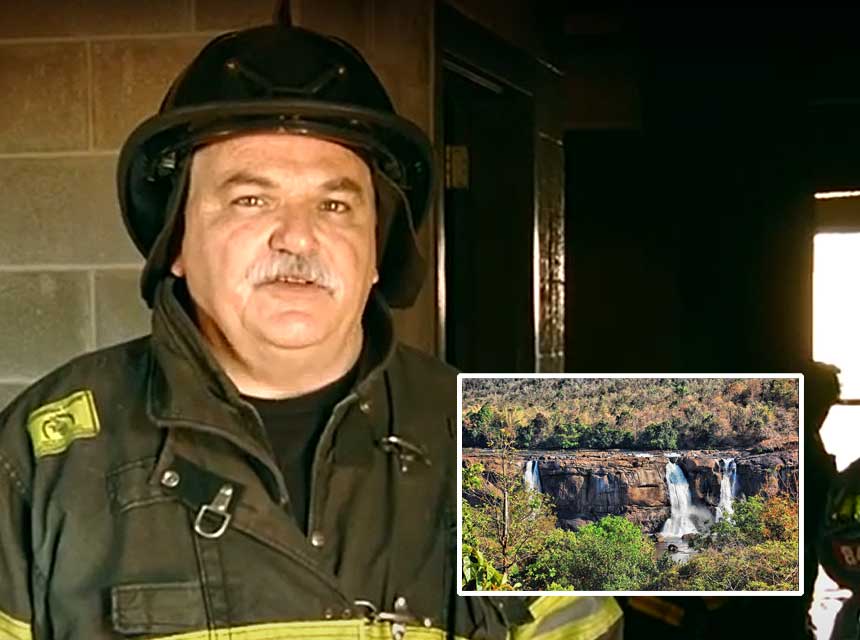 Fire departments that prefer to apply their streams from the exterior for fire attack may have a new trick up their sleeve. Researchers studying how waterfalls work have come upon a finding that could change fire operations*. The amount of water and the shape it forms creates a curtain like affect that separates one side of the waterfall from the other. This blocking effect creates two distinct environments similar to the windward side and the lee side of a building when impacted by wind. Researches believe that this separation is a critical component to fire extinguishment. Basically, they hope to smother the fire.

The potential impact for firefighters was realized because one of the hydroponic engineers told his brother a firefighter about the fact that the falling water on the enclosed side of the falls created a kind of humid and uncomfortable area. On further research they discovered that the inner area behind the falls was oxygen deficient compared to the open side. The researchers wanted to know if the deficiency varied and where if any was less oxygen present. They built a partition on the enclosed side of the falls along its run, in order to measure the oxygen levels throughout. What occurred was that close to top where the water begins to drop was the most deficient in oxygen.

The researchers continued to look at this issue with the idea that fire departments could possibly benefit from using water to smoother a room fire. They tested the theory on an abandoned high-rise building where a stream of water was applied above the target window and allowed to run down over the open window effectively creating a waterfall effect sealing it off and potentially smother the fire. A series of tests were conducted and results while promising were not always conclusive. Researchers believe the amount of water and window size had an effect and future tests are planned.

The one constant find in all of their work was that Aprils Fools’ Day is once a year, so enjoy it.

Ray McCormack is a lieutenant (ret.) and veteran of the Fire Department of New York. He delivered the keynote address at FDIC 2009, is the co-creator and editor of Urban Firefighter, and is an FDIC International instructor.

* Do not mistake a piece marked commentary for technical firefighter training.