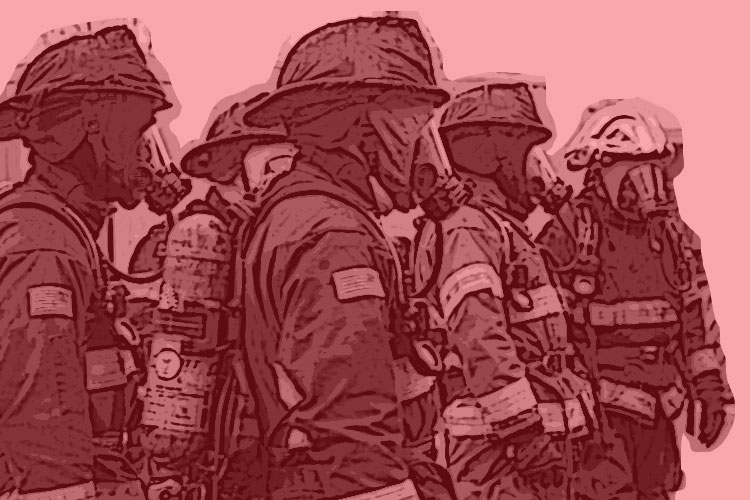 Sadly, we continue to lose first responders from occupational health threats such as sudden cardiovascular death and occupational cancer. On-duty deaths continue to be dominated by sudden cardiac events and death. In fact, Dr. Denise Smith from Skidmore College has estimated that for every sudden duty cardiac death, between 17-27 additional non-fatal cardiac events occur, disabling firefighters and altering their quality of life going froward. Dr. Smith has also published data from National Occupational Safety & Health (NIOSH) firefighter fatality reports and finds that approximately 80 percent of the sudden cardiac deaths had underlying coronary artery or heart disease. Often there were also structural changes, such as heart enlargement and in particular left ventricular enlargement, Her work has also detailed the prevalence of such sometimes “silent killers” such as undiagnosed or poorly managed high-blood pressure, blood sugar, and bad LDL cholesterol levels.

The National Firefighter Cancer Registry will certainly give us a clearer understanding of the nationwide magnitude of firefighter occupation cancer death and disability. We know from data published from the largest firefighter cancer study nationally, in which NIOSH looked at more than 30,000 U.S. firefighters in Philadelphia, Chicago and San Francisco, that firefighters overall have a nine-percent higher rate of contracting cancer than general population and a overall 14-percent higher mortality rate.

Cancer Prevention in the Firehouse

Fire Service Occupational Cancer: The Elephant in the Room

Firefighter Health: Silence Is Not Bliss

In 2017, NIOSH asked the RAND Corporation to look at the economic impact of early cancer detection and treatment in firefighters. The results were substantial, identifying a four-fold increase in total health costs for a later stage and treatment of cancer than in an early stage (Figure 1) or when found when still contained within the primary site of origin. In almost every later stage finding where the disease had already spread, the condition was often detected only at initial onset of symptoms or very subtle symptoms that did not draw notice as to the pathophysiology. The economic impact is essential in considering the overall  health system costs, premiums increases, loss of work, and the role of cancer presumption. Of course, the human toll cannot be downplayed as the primary concern; early-stage cancer detection affords greater treatment options, greater survivability, and less human suffering.

While NIOSH and RAND Corporation focused on the early-detection impacts of cancer, the same can be said for most any disease process or modifiable health risk factors. When it comes to crime prevention strategies, the “broken windows theory” argues that the little things—broken windows, litter, graffiti—contribute to an environment that is conducive to disorder and crime. As part of a “Broken Windows Theory of Health Prevention,” if we focus on the “little things” before they become “big things,” our overall outcomes tend to be better.  Dr. Denise Smith has validated this with the significantly elevated risk when it comes to unmanaged hypertension and sudden death in firefighters. We know that the cost to modify lifestyle risk factors and undertake antihypertensive therapy is far less than a sudden cardiac event , bypass, or revascularization procedure. This does not factor in the human toll and effect on activities of daily living being restricted.

Many if not most states in the country provide some form of presumption coverage for first responders for “heart and lung” coverage as well as cancer. We must work proactively to assure that not only baseline annual NFPA medical exams are in place but that enhanced occupational early detection screening be looked at as an investment in the health, wellness, and survival of first responders. Whereas the U.S. Preventative Health Task Force screening recommendations focus on primary care and general population, they do not address the unique occupational health risks that firefighters face. As such, in additional to baseline occupational first responder health exams, enhanced and earlier screenings and enhanced early detection opportunities and better outcomes but also make employer and health system economic sense.