Emergency responders routinely operate in environments that could injure or kill them because they engage in situations that stress the ordinary. Distractors are often the cause firefighter injury and death; these include being complacent or focusing on dangers that are perceived as threats, thus ignoring actual threats. Because “routine” incidents do not exist, distractors can lead competent and seasoned officers and firefighters into a false sense of safety during operations. Firefighters and command officers who see incidents as routine or ordinary are already complacent prior to arrival or size-up. Furthermore, once emergency incidents become structured, scripted, and routine and when injuries or deaths occur, the justification is often that the firefighter was just “giving the ultimate sacrifice” or “risking it all.”

Complacency is the direct result of situations becoming automatic—e.g., doing the same action or task over and over again on each incident. It is also the result of strict standard operating procedures (SOPs); an unforgiving command staff or supervisor when firefighters or officers step outside of expected behaviors or practices; or a deviation from the training received, SOPs, or normal expectations. It is easy for firefighters and officers to become comfortable and forget that every incident is an opportunity to be vulnerable because training, procedures, and expectations are often strictly defined.

Critical Decision Making: The Single Most Important Predictor of Success

There is nothing routine about an emergency response or an incident scene. Critical decision makers identify with, understand, and respect the firefighters and officers who will be asked to sacrifice and enter risky situations. For this reason, maximum risk is sometimes taken to reach the outer limits of acceptable sacrifice based on the risk assessment and situation presented. Critical decision makers have to “respect” risk. Sacrifice occurs because of continuous risk assessments, not from “doing the same thing every time.” Anyone serving in a high-risk occupation must learn to respect the situation and variables for what they are asked to solve, mitigate, or neutralize, not to just follow the “script,” say the same words on the radio, or do what the SOP or training expects. 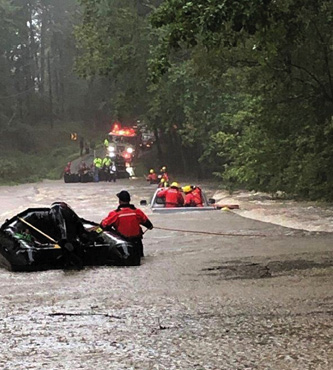 (1) Routine incidents do not exist. Never attack an incident the same way, and respect that training and standard operating procedures cannot provide all the information necessary to solve the problem presented. In this case, the incident commander and company officer worked to mitigate a complex incident using logic and experience to effect a difficult and unscripted rescue. [Photos courtesy of Suffolk (VA) Fire & Rescue.]

Firefighters and officers who are well trained and follow the SOP’s expectations and training have the foundation to engage the emergency incident. Yet, because of the dynamics and unpredictability of the emergency incident, firefighters and officers are required to push the limits of normalcy, not to achieve a favorable result when they always do the same thing on each incident.

In high-risk activities, danger is real. Firefighters and officers are faced with two types of dangers: actual and theoretical. Actual danger is life-threatening. A decision, or group of decisions, is immediately necessary. If decisions are not made immediately and actions are not executed to support those decisions, lives will be lost.

Theoretical danger is what others (usually untrained responders or bystanders) identify as life-threatening but is actually not at that moment. View theoretical danger as a distraction; this type of danger, if allowed to take focus away from the mission, will lead to errors. Individuals handle and recognize actual or theoretical danger differently, but you must recognize the difference.

“Tunnel vision” is often blamed for not identifying danger on the emergency incident scene. When decision makers are focused on a particular item or task, they are unable to see the “big picture”; actual danger is then unseen. If a firefighter or officer spends all his effort focused on the theoretical dangers, he will miss actual and immediate dangers, which may lead to injuries and death. Actual danger is unavoidable because of the situations emergency responders are asked to mitigate. Tenured firefighters and officers, who are experienced and wise, must recognize actual danger. High-risk careers will ultimately lead to injuries and deaths because not all dangers can be eliminated. Not all variables can be controlled, calculated, anticipated, or neutralized. Critical decision makers must eliminate as many variables as possible. 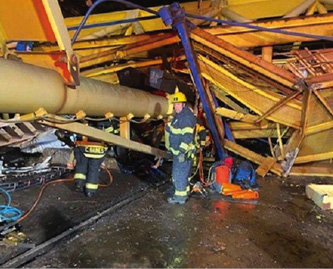 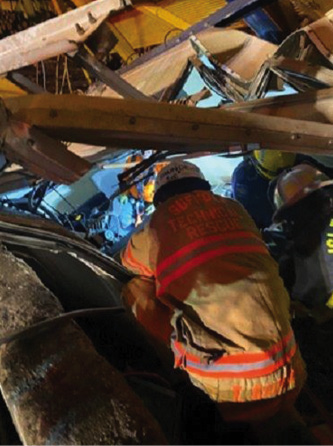 (2, 3) Danger is theoretical and actual. “Tunnel vision” is often blamed for not identifying danger on the emergency incident scene. Distinguish between the two when sizing up an incident scene that is outside of training or policy. In this case, the incident commander and company officer were able to recognize the loads placed on the victim and effect a risky yet calculated rescue.

To minimize risk and maximize performance, leaders must respect the situation. Leaders respect the dangers associated with the job and never take it for granted. A fearless firefighter is one who does not respect the shear destructive force of fire or the incident. To reduce risk, decision makers must anticipate beyond the point presented; beyond the basics learned in training; beyond the SOPs designed and written for routine incidents; and beyond the scripted expectations of a book, command board, or policy.

How does fire behave? What are the actions, reactions, and paths that fire takes? How does fire grow, and where is it going? How can I make the situation better using proven techniques? From one point to another, to minimize risk and maximize performance, leaders understand actual and theoretical dangers, respect their training and policies, and resist being complacent.

MICHAEL J. BARAKEY, CFO, is a 28-year fire service veteran and the chief of Suffolk (VA) Fire & Rescue. He is also a hazmat specialist; an instructor III; a nationally registered paramedic; and a neonatal/pediatric critical care paramedic for the Children’s Hospital of the King’s Daughters in Norfolk, Virginia. Barakey is the participating agency representative and former task force leader for VA-TF2 US&R team and an exercise design/controller for Spec Rescue International. He has a master’s degree in public administration from Old Dominion University and graduated from the National Fire Academy’s Executive Fire Officer Program in 2009. Barakey authored Critical Decision Making: Point-To-Point Leadership in Fire and Emergency Services (Fire Engineering), regularly contributes to Fire Engineering, and is an FDIC International preconference and classroom instructor.