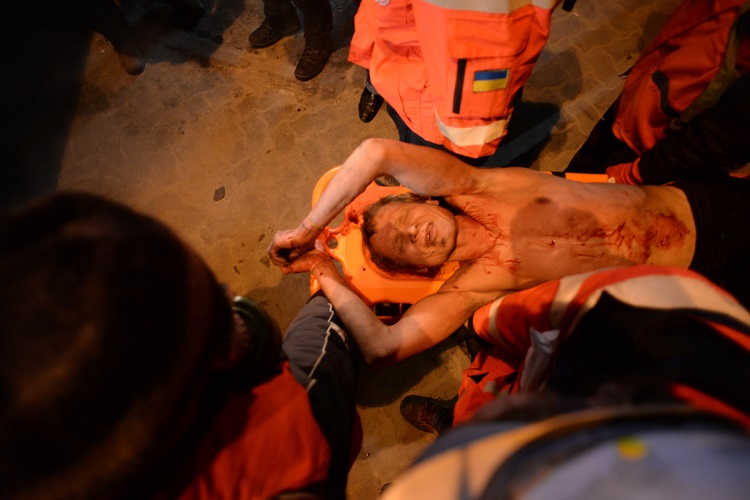 Combative patients come in different packages. Intoxicated persons are a challenge, and an intoxicated person with a head injury, even more so. There are some potent drugs that make people temporarily lose their minds, and those people often end up in emergency medical services (EMS) care. Hypoglycemic patients present a challenge, as do altered elderly patients with urinary tract infections (UTIs). Excited delirium* is real and absolutely impossible to control without sufficient resources; this can result in the call from dispatch: “Medic 1 to dispatch, send an engine company to this address for help restraining our patient.”

Sometimes, you have to get physical. None of us want to, but we certainly don’t people to hurt themselves, others, or us. In a perfect world, law enforcement would handle combative patients, but nothing is perfect in the world of EMS. Sometimes we have to restrain out-of-control people. If you are fortunate, you have a specific protocol for restraining combative patients, complete with definitions describing the patient behavior, equipment specifically designed for restraint and transport, and training that is up-to-date and effective.

If you are like most of us, you often respond to the scene of a combative patient; do your best to restrain him without harm; use bed sheets, towels, or whatever restraints your agency provided you with back in the 1970s; secure him to the stretcher; try to hold him down during transport; and do your best to maintain an air way without getting bitten. Sedation medication is not always an option—sometimes we just have to do our best with what we have. It’s not right, it’s not safe, and it’s not at all the way any sane person would expect us to transport combative people. However, until society comes up with a consistent, effective, and properly trained and funded comprehensive mental health program complete with safe transport for crews and vehicles, we have to make do.

When the patient is somewhat coherent, police can use handcuffs and transport combative individuals in the back of their cruiser. But often, that is not the case. Taking an officer with you in the back of the ambulance is helpful but, unfortunately, three firefighters, a medic, a patient, and a cop often combine to fill the space to capacity, and absolute mayhem ensues. Transporting in chaos happens far too often; none of the responders are properly restrained, the driver is distracted, and nobody is safe. I have done it dozens of times. It is no way to run a rodeo, and absolutely no way to handle a person or persons who are out of control.

But it happens. Every day.

When reasoning with a person is ineffective and the police are unavailable, action must be taken. One-on-one confrontation never ends well; excessive force is required to subdue. Two-on-one is not much better. I have found that five people are ideal: one person per limb and a fifth to apply restraints. Punching or deliberately injuring the patient should never be an option; I always try to exert the same effort into restraining a person as they put into trying not to be restrained.

Engine company members need to understand that an attack on them by a combative patient is not personal. The patient likely is seeing threats in the form of shapes and sounds and is reacting on an instinctual level. Treating the situation as a problem to be solved rather than a fight to win helps reduce injuries to the patient and the crew. Learning to keep emotions from interfering during an altercation is difficult but not impossible. Figuring out how to control emotional responses while in the heat of battle is not nearly as effective as training before the need arises.

An engine company officer can talk with the crew about what to expect when called to assist with a combative person. If restraints are not part of the company’s equipment, perhaps requisitioning them would be prudent. It is difficult to drill on how best to immobilize an out-of-control person without risk of injury, but it is not impossible. Give a group of firefighters a chance to act like lunatics and, more often than not, you will have to deal with a bunch of lunatics. Talking about restraining combative people, sharing ideas, and setting boundaries helps when the real thing comes calling.

To Force or Not to Force Entry