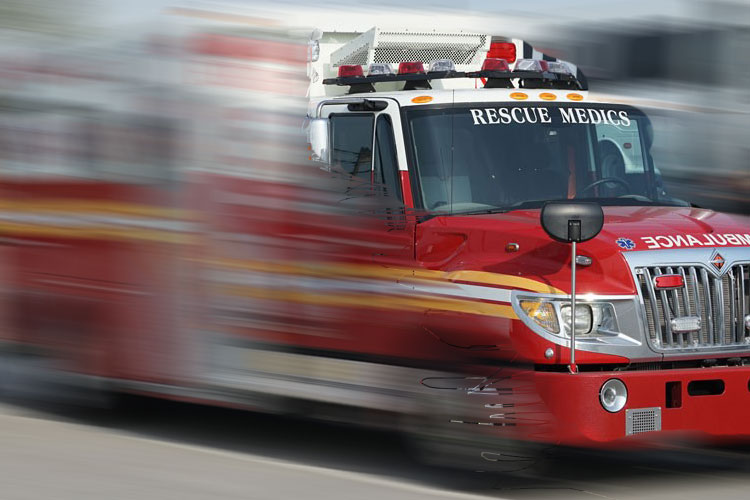 An engine company dispatched to an EMS call for a carry assist has three options:

I believe it is in the best interest of the firefighters and medics to thoroughly asses their patients prior to deciding whether to carry. It is a difficult call to make but making the proper decision based on facts, findings, signs, and symptoms will help decrease injuries and the chances of long-term disability and increase morale. A person who calls 911 does not automatically need to be carried from their home. It is an unnecessary task that adds to the risk of injury to patient and provider.

Some patients absolutely need to be carried. It is obvious to even the most jaded firefighter/medic that people without legs cannot walk, people struggling to breathe should not walk, and unconscious people will not walk. There are also the not-so-obvious cases: Those experiencing chest pain, severe abdominal pain, obvious injury and deformity, obstetrical emergencies, or one of the million-and-one other reasons that may render a person incapable of walking.

It is always a good idea to be prepared before every patient encounter. There is no shame in self-preservation. People who are ill or injured but ambulatory will have nothing to complain about when their reasons for being carried have been professionally addressed and denied.

Of course, we have all been confronted with people who absolutely are capable of walking to the ambulance but refuse to. For example, at 3:30 a.m. we were called to a woman with leg pain from a previous accident. She lived on the third floor. The cynical Captain Morse had already triaged the patient enroute, deciding that she is a drug seeker and will most likely refuse to walk down the stairs. Brian, the ever patient and wise partner, stopped the truck and went for the stair chair in the rear compartment.

“We won’t be needing that,” said the wise and experienced captain, “Watch and learn.”

You would think that after all this time, the cynical Captain Morse would know better. Forrest Gump said it best: “EMS runs are like a box of chocolates…you never know what you’re going to get ‘til you get there.”

We climb the stairs, and there is our patient, sitting on a couch, a cast covering her left leg from her toes to her knee. She looks like she’s about to go crazy. In addition, she is at least 200 pounds.

“My leg–it’s driving me crazy! The itching was so bad that I stuck a spatula down the side but the end broke off. Every time I move it digs into my leg!”

She moves to demonstrate, then screams in pain.

Would a carpenter use his hands to drive a nail into a piece of wood? Or a ditch digger dig a hole without a shovel? Or a painter use his hands to cover a wall? Of course not! So why do we make life difficult trying to get away with not using the tools that come with the truck? Convincing a borderline patient that they can and should walk to the ambulance becomes a battle of wills. We seldom win that battle. I have wrestled with intoxicated people who call us daily trying to haul them into the truck, reasoning that “Only sick people deserve the stretcher.” I’ve spent hours in dingy stairwells “helping” young people who vomited once and said they were too sick to walk down the stairs.

Some people never learn. Others do, but it takes a while. Other people need to be vomited on before common sense sinks in.

We put the lady in the chair and carried her out.

A good EMS engine company knows when to use the good sense that only training and experience can provide.