Article and photos by John Spauling 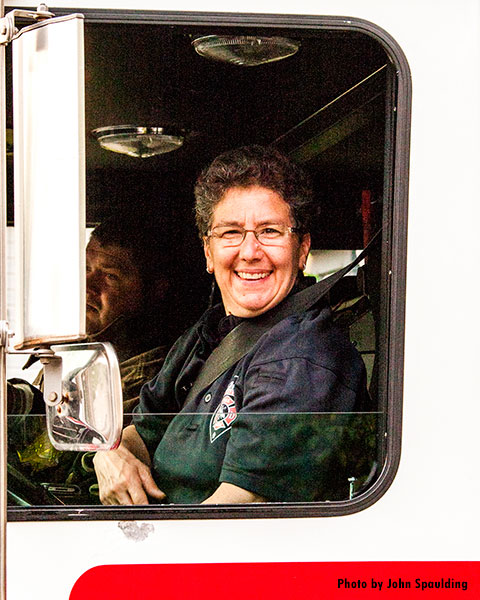 “I was never a sit behind the desk kind of person,” Mancuso said. After college should couldn’t find a job teaching, so she picked up a few different jobs, including an electrical apprentice.

When a friend of hers who was already a city firefighter suggested she take the civil service exam after a recruitment drive, she gave it shot.

She admits she was nervous and slightly intimidated at the academy. But all of the other recruits and instructors gave her a fair shake. She held her own, although admits she admits that starting the saw on the roof ended up being the most challenging part.

Mancuso says, “I have been able to perform many of the firefighting tasks with ease, while others have been a challenge,” adding that “a lot of the job is in your mind.”

“Keeping your nerves in check is a big part of staying fucused on completing the task at hand,” she said.

Throughout her career she worked at the former Engine 1, the former Quint and Midi 9, where she enjoyed doing on medical calls and motor vehicle accidents. “Everyone has their strong suits, even in the fire service,” Mancuso said. She found hers and used it.

She finished her last seven years as the driver of the Protectives. Today, the city supplies the truck and a driver and volunteers staff the truck, which assists the rest of the fire department.

She says the best part of the job is making a difference in someone’s life. “We take a bad situation and make it better. Most other firefighters speak highly of her noting her dedication to the citizens and her fellow firefighters.”

The worst calls she tries not to remember, but doing CPR on babies tops the list. The call she remembers the most was a house fire on Averill Avenue where there was a woman trapped. She was on the hoseline and it took an extra long time for other trucks to arrive on scene. 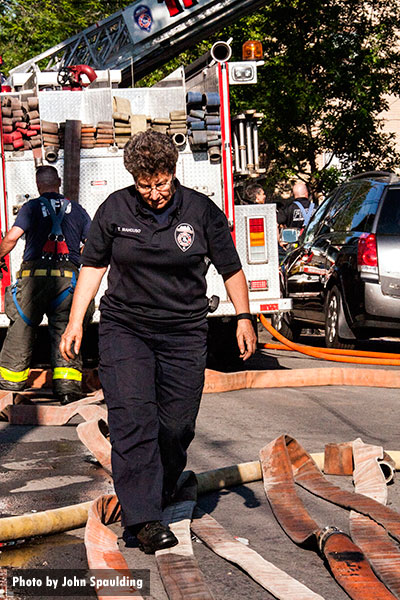 When asked what she would like to be remembered for in her tenure as a pioneering woman in the City of Rochester firefighter, she replied, “I would like to think I may have changed their minds about females being on the job.”

Rochester has a well trained, committed fire department that cares about it’s citizens, and I was proud to be a part of it,” Macuso said. She has always held a second job, which includes woodworking and landscaping, which she will continue into retirement. Her favorite thing to do again is build guitars.

Her advice to new firefighters coming on the job–constantly improve yourself, and always be a contributing member of the team.