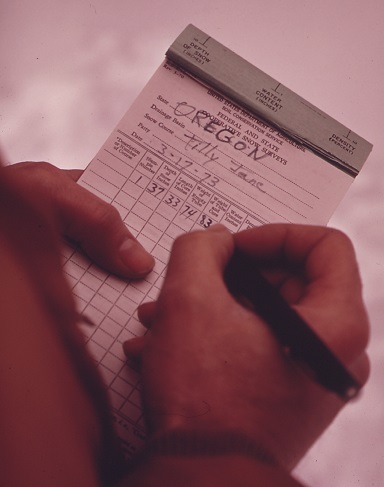 Engine company emergency medical technicians and paramedics need to possess above-average assessment skills. Recognizing the severity of a situation and requesting proper resources to mitigate it does not come naturally to most of us. The job becomes a little easier with experience, but how do you get the experience without actually doing the job?

Most officers in charge of an engine or a ladder company are tested. Spending time in the jump seats and driving the apparatus can prepare a firefighter for command, but only if that firefighter is paying attention. Learning and performing the tasks needed for the successful outcome of an emergency response is the first priority, and every firefighter on scene needs to do his job.

I learned early on that the best way to get to the root of the patient’s problem was to ask him while obtaining vital signs.

“How long has this been going on?”

Before I took a promotional exam and was assigned as a lieutenant on Providence’s advanced life support (ALS) Rescue Co. 1, I spent a decade working on ladder and engine companies. I fumbled around on emergency medical services (EMS) calls for years before finally finding my way. There is far more to being first in on an EMS call than obtaining vital signs. One of the tools that I wish I had learned early in my career is how to obtain a SAMPLE history. Instead of wasting time and getting an incomplete report with no direction, the SAMPLE survey became my “go-to” plan on every EMS scene.

After a while, I incorporated the survey into a conversational tone with my patients. Subconsciously, I followed the acronym SAMPLE, and the questions flowed naturally while I found out exactly what was wrong. By keeping a pad and pen in one of my pockets, I was able to get a cohesive report and hand it over to the EMS crew when they arrived on scene.

In case you have forgotten (or in my case you never learned it), here’s the SAMPLE Survey:

Signs: Outward indications of illness/trauma.
Symptoms: Subjective interpretation of one’s own condition, i.e., how the patient experiences the trauma/illness.

“Do you have any allergies to medication?”

Is the patient taking any medications? Remember homeopathic remedies or other non-traditional substances that may be thought of as having a medicinal purpose.

“When did you last have something to eat or drink—snack, meal, etc., and what was it?”

E. Events Leading to the Incident

Events preceding the call for EMS.

When complete, the SAMPLE survey can be conveyed to the person in charge or, if the person in charge is you, relayed over the radio to incoming units (but always being mindful of excess radio chatter). The airwaves need not know about a patient’s medication, allergies, or last meal, but during a face-to-face meeting between crews, that information is invaluable.

Radio Transmission: “Engine 2 to dispatch, advise incoming EMS. We have a 70-year-old female, conscious and alert, complaining of shortness of breath with a history of CHF for two hours, 160/100, Heart rate 110. O2 administered, IV being established.”

Face to Face: “This is Margaret. Her BP is 160/100, pulse 110, and respiration rate 26. She’s been having trouble breathing for a few hours with a history of CHF, slight jugular vein distention, and nostril flaring. She’s allergic to penicillin and takes Lasix and an aspirin every day, had a burger and fries at around noon with a diet coke, and was painting her kitchen cabinets when the breathing difficulties began.

A clear, concise report makes us look good, puts the patient at ease, and improves the working relationships that we have with responding EMS units. A SAMPLE survey is one of those things we all should know and practice but we sometimes forget. Until it becomes ingrained in you, it might be a good idea to write it out on the first page of the pad you have in one of your pockets!

Protecting Patients from the Dirty Work of Firefighting

Engine Company EMS: What Are We Going to Do Now?

Quit Wasting Time on Your Devices and Learn Something Useful!