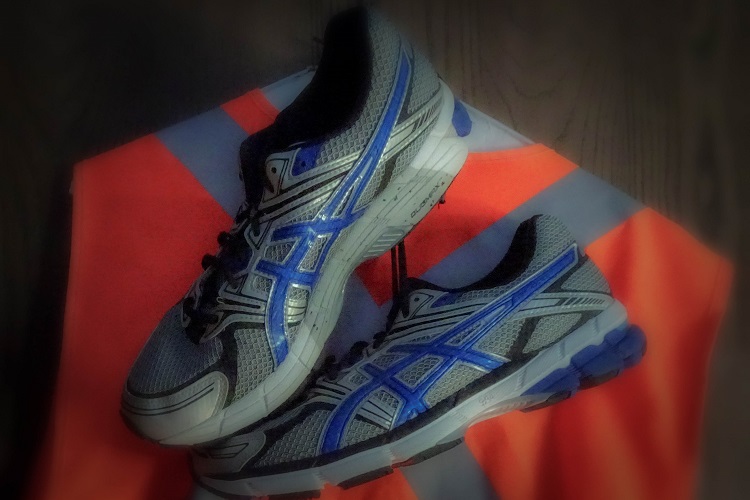 I am not now and never have been big on changes. They make me uncomfortable, and I take a lot of time to integrate them into my life in any meaningful way. This applies to all aspects of my life but none more so than my training.

So, the fact that in the past four years I have changed many facets of both my aerobic and strength training and have maintained those changes for the better is really quite astonishing…

…how did that happen?

Let’s start with the only change that was forced upon me. In August 2015 I began to have some pain in my left foot while running. Being a runner with more than 20 years of experience, I figured I knew exactly how to deal with it, so I ignored it.

Within a week of the initial onset of the pain, not only was I unable to run, but walking was an ordeal. I decided to take a few days off to heal. Ice and Ibuprofen had always worked previously, so that’s what I did. In a couple of days, walking was no longer an issue, so I laced up my shoes and hit the road, only to limp back home after a few hundred meters. I had a bad feeling that this was going to require a longer break than I was mentally comfortable with.

I had planned to add rowing into my aerobic mix after I had accumulated enough mileage to have “run around the world at the equator.” I was just over 600 miles short of that goal, and I didn’t want to miss it. But I also was very fond of being able to walk without a limp. I decided to buy the Concept 2 rower and do that exclusively while I allowed my foot to heal.

That was four years ago, and through rowing, my VO2 max has improved and my foot is no longer a problem. Despite being 623 miles short of a goal I set in 1983, I’ve hung up my running shoes for good. It was the toughness decision of my training life, but it had to be made … but still, I do miss it.

When I first began training, it was the conventional wisdom to train as much as six days per week. When I was running marathons, it wasn’t unusual for me to run seven days per week; of course, I was only 24 at the time, and my recovery ability was quite remarkable. As time wore on and I began to wear out, I cut back to six days, and then five days per week. I stayed at that frequency for many years.

Eventually, I added in weight training on a more consistent basis and decided that something had to give since there weren’t enough days in the week to train everything the way I wanted to. Add to that that we had just had a baby, and a schedule change was needed.

I went to three days of aerobic training and two days of strength training. It fit in well with my time needs, and I felt good. While my gains weren’t quite what I had hoped for, they were OK. This routine continued for many years as well.

Not all that long ago, I was training well but recovering poorly. The joy had gone out of everything. I dreaded the effort of rowing and the intensity of lifting. I felt beat up every day, and on training days I just felt worse. Then we went on a week-long vacation.

I didn’t train at all during those seven days, and upon my return to training it felt awful. I was so disappointed. I was sure that a break was all I needed, but it didn’t happen that way. I was mentally unprepared for the blowback from that long of a break. My body felt fine, but my head was completely messed up.

A different approach was needed.

I did my research and came to the conclusion that while I needed more time for recovery, an arbitrary week off every so often was not the answer for me. I did not respond well to not training at all, so I had to find a better answer.

I decide to change my rowing workout from three times per week 5,000-meter training to very intense intervals. These workouts, while horribly hard, were much shorter. At first, I still trained three times per week and added intervals regularly while I continued lifting twice per week. This worked extraordinarily well for a while; then not so much. I began to feel beat up all over again, and I was sliding toward a deep funk. Once again, it was time for some badly needed training rehab.

I settled down with my log books and looked at the data. It was obvious very quickly that I was in need of more recovery, but the application of that knowledge was flawed. I decided to integrate the rowing intervals within the lifting sessions and only train twice per week, on Monday and Thursday. The sessions would be a little longer, between 68 and 73 minutes, but that worked with my schedule. It was odd to do intense aerobic training during intense strength training, but as I got used to it I saw a lot of benefits. My heart rate remained more elevated overall during the training session but the one-minute rate of recovery after the rowing improved, which is a very good thing. My VO2 max improved as well, and I’m now excellent for my age and weight (I’m even well above average for the 20-29 age group). My strength as measured by the bench press also improved, and I got back over 300 pounds for a one-rep max, which I hadn’t seen in more than five years.

I’m pleased with the results from these changes, and I intend to continue with them. They weren’t all applied entirely by choice as much as forced by circumstance but, given my history, that isn’t surprising.

If I had it to do over again from the beginning, I would incorporate more changes on a regular basis and see what happens. Making changes can help to avoid overuse injuries and bump your head out of metal ruts that can hold back progress. Even little changes can lead to big results.

Here, though, are a couple of words of caution when making changes. Be sure to know why you are making them, have a time frame attached to the changes, and have a quantifiable goal to judge the effectiveness of the changes over time.

If you embrace change before it’s forced upon you, you might be able to avoid the angst involved in that change…

…and that will make for a happier and more successful you.