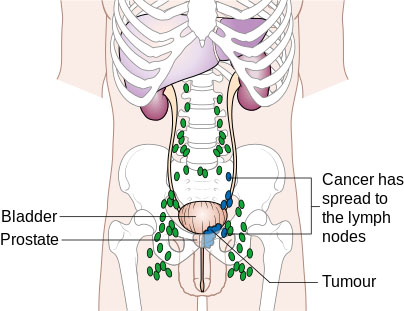 According to a report presented at the 249th National Meeting & Exposition of the American Chemical Society (ACS) in March, “Taking Vitamin D supplements could slow or even reverse the progression of less aggressive, or low-grade, prostate tumors without the need for surgery or radiation.” In a randomized, controlled clinical trial involving 37 men scheduled to undergo elective prostatectomies, Dr. Bruce Hollis, Ph.D., Medical University of South Carolina, found that preliminary results indicate that many of the subjects assigned to a group that received 4,000 U of Vitamin D per day showed improvements in their prostate tumors. On the other hand, the tumors of the study participants in the placebo group stayed the same or got worse. In addition, Vitamin D caused “dramatic changes in the expression levels of many cell lipids and proteins, particularly those involved in inflammation.” Hollis noted: “Cancer is associated with inflammation, especially in the prostate gland. Vitamin D is really fighting this inflammation within the gland.”

The men in the study had been diagnosed with prostate cancer. A pathologist evaluated, at the time of their biopsies, the aggressiveness of their tumors according to the Gleason Grading System. Tumors with Gleason scores of 7 and above are considered aggressive and likely to spread (and are often treated with surgery or radiation). Prostate tumors with Gleason scores of 6 and below are less aggressive; in some cases, they may cause no symptoms or health problems for the duration of the man’s life. Some urologists do not treat the disease in this case. They closely monitor it or engage in ‘watchful waiting.”

Some of these patients, however, do not want to live with the cancer, even if it is considered low grade, and choose to have their prostates removed anyhow. A patient must wait 60 days from the time of biopsy before he can undergo a prostatectomy so that inflammation from the biopsy can subside. It was within this 60-day waiting period that the study was conducted and the vitamin D group was given the vitamin D supplements. When their prostates were removed at the end of the 60-day waiting period, these pre-Vitamin D glands were compared with the post-vitamin D prostates.

In previous studies, Dr. Hollis found that 55 percent of men with low-grade prostate cancer who took Vitamin D supplements for a year had decreased Gleason scores or complete disappearance of their tumors compared to their biopsies a year before. http://www.sciencecodex.com/vitamin_d_may_keep_lowgrade_prostate_cancer_from_becoming_aggressive-153377#ixzz3bRc7poNf

“We don’t know yet whether Vitamin D treats or prevents prostate cancer,” says Hollis. “At the minimum, what it may do is keep lower-grade prostate cancers from going ballistic.” The 4,000 U dosage of vitamin D administered in the study, Hollis points out, were normal body levels, not pharmacological levels.

The research was funded by Gateway for Cancer Research, the Department of Veterans Affairs, National Institutes of Health, and the South Carolina Clinical and Translational Research Institute. The American Chemical Society (ACS), a nonprofit organization chartered by the U.S. Congress, is the world’s largest scientific society and a global leader in providing access to chemistry-related research through its multiple databases, peer-reviewed journals and scientific conferences. Its main offices are in Washington, D.C., and Columbus, Ohio. The complete release on the study is at http://www.eurekalert.org/pub_releases/2015-03/acs-vdm021915.php; ACS NEWS SERVICE Weekly Press Package – May 27, 2015. General Inquiries: Michael Bernstein, m_bernstein@acs.org; Science Inquiries: Katie Cottingham, Ph.D., k_cottingham@acs.org.

Findings of a study recently published online in Nature Genetics indicates researchers may be closer to determining the aggression of prostate cancers and devising specialized treatment for prostate cancer patients. “Researchers have drawn a molecular portrait that provides the first complete picture of localized, multi-focal disease within the prostate and also unveils a new gene subgroup driving it,” according to study co-leads, Dr. Robert Bristow, a clinician-scientist at Princess Margaret Cancer Centre, and Dr. Paul Boutros, an investigator at the Ontario Institute for Cancer Research. According to Dr. Bristow: “Our research shows how prostate cancers can vary from one man to another–despite the same pathology under the microscope–as well as how it can vary within one man who may have multiple tumor types in his prostate. These sub-types may be important to determining the response to surgery or radiotherapy between patients.”

Seventy-four patients whose tumors were classified at Gleason Score 7 for aggressiveness underwent molecular profiling. Of these, whole-genome sequencing was done on 23 multiple tumor specimens from five patients whose prostates were removed at surgery. The researchers carefully analyzed the genetics of each focus of cancer within each prostate and assigned “aggression scores” to each cancer. One finding was that even small cancers can contain aggressive cells that can “alter” a patient’s prognosis. In addition, notes Dr. Boutros: “The more detailed analysis clearly identified that two members of the MYC cancer gene family were at play in disease development.” One of them, “C-MYC,” drives aggressive disease; the other one, “L-MYC,” is known to be implicated in lung and other cancers.

The discovery of a new prostate cancer-causing gene, Boutros adds, provides researchers with a new avenue to explore the disease’s biology and improve treatment.” The varying of mutations spatially in different regions of a tumor, Boutros adds, will aid in the developing new diagnostic tests that will improve treatments for prostate cancer because they will be more personalized.  As for the future, Boutros says: “Our findings suggest we are getting closer to subtyping prostate cancer based on which gene is present to determine a patient’s disease aggression in terms of the risk of spread outside the prostate gland at time of treatment. (He explains that patients have one or the other of these genes, never both.) By developing this research tool into a clinical test within three years, we hope to inform doctors and patients about specialized treatments for each prostate cancer patient.”

Drs. Bristow and Boutros co-lead the Canadian Prostate Cancer Genome Network (CPC-GENE) Sequencing Project. Dr. Bristow is a professor in the Departments of Radiation Oncology and Medical Biophysics, University of Toronto, where Dr. Boutros is an assistant professor in the Department of Medical Biophysics, University of Toronto.

The research was funded by the Movember Foundation through Prostate Cancer Canada, the Ontario Institute for Cancer Research, the Government of Ontario, and the Princess Margaret Cancer Foundation. The Princess Margaret Cancer Centre, University Health Network, has achieved an international reputation as a global leader in the fight against cancer and delivering personalized cancer medicine. It is one of the top five international cancer research centers and a member of the University Health Network, which also includes Toronto General Hospital, Toronto Western Hospital, and Toronto Rehabilitation Institute. All are research hospitals are affiliated with the University of Toronto. For more information, go to http://www.theprincessmargaret.ca or http://www.uhn.ca .

If you have an experience to share, e-mail me at maryjd@pennwell.com.

Mary Jane Dittmar is senior associate editor of Fire Engineering and conference manager of FDIC. Before joining the magazine in January 1991, she served as editor of a trade magazine in the health/nutrition market and held various positions in the educational and medical advertising fields. She has a bachelor’s degree in English/journalism and a master’s degree in communications