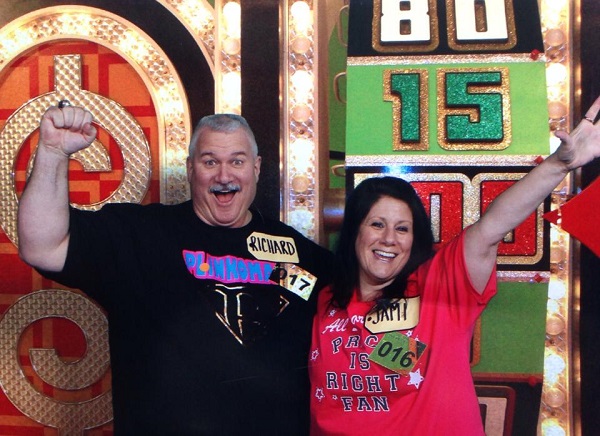 Burnout. No, firefighters, I’m not talking about raging fires or even smoldering ones. I’m referring to what happens to professionals when they are overworked, overtaxed, or over-stressed. It is a condition of near collapse, breakdown, or the desire to quit. It is most likely to occur in professions of extreme demands, either physical or emotional or both. It is also often the result of having your expectations not met, such as your most ardent efforts not producing the results you’ve been striving for. An example, failure to change bad leadership or bad policies in your department.  Emotional duress, physical exhaustion and disappointing results; firefighters can experience all three.

Burnout has some serious symptoms. These may include depression, hopelessness, feeling overwhelmed with responsibility, extreme bitterness, or seeking escapist behaviors to cope. Extreme stress and unhappiness can also cause health issues including heart disease, obesity, diabetes, anxiety, and accelerated aging. But what is the overworked, overwhelmed firefighter to do?  After all, firefighting isn’t a hobby; for most, it’s a job as well as a calling, and the bills must be paid. The solution?  Vacation. Take lots of vacations. Use every possible vacation day; they’re given to you for a reason, so don’t hoard them like treasures or deny them as forbidden indulgences. A recent study revealed that the average U.S. employee takes only half of the allotted vacation time. This is a mistake, especially in the high-stress world of firefighting. Use those vacation days, not just some of them but all of them, and this will help not only you but your marriage and your career as well. And it will strengthen your ability to play the long game. Here are three primary reasons for this.

A study done by the American Psychological Association concluded that “… vacations work to reduce stress by removing people from the activities and environment that they associate with stress and anxiety.”  The effects of less stress last well beyond the duration of the vacation itself, and vacationers were found to have fewer stress-related physical complaints including headaches, backaches, and heart irregularities up to five weeks later.

Another similar study was done comparing those who took vacations to those who did not. Men who skipped vacations five years in a row were 30 percent more likely to suffer heart attacks than those who took at least one week off a year. Even one year’s missed vacation was associated with a higher risk of heart disease.

The same study showed that women were eight times more likely to develop heart disease, have heart attacks, or die of coronary-related causes if they vacationed only once every six years vs. two vacations every year.

University of Calgary researchers examined 900 lawyers from high-stress firms; those who had active social and leisure activities, such as sports, friends, and frequent vacations, were shown to be less stressed, be much happier, and have an increased sex drive.

Sleep deprivation is one of the most pervasive and serious issues impacting the fire service. The 24-hour shift or being on-call combined with sudden arousal from sleep keeps the firefighter on edge or in a condition known as hypervigilance. Hypervigilance makes it very difficult for a firefighter to ever sleep. But the beauty of vacations is this: They improve sleep.

Vacations interrupt patterns. For the firefighter, this means going somewhere away from the firehouse for awhile where there are no lights or bells or whistles in the night. This breaks the cycle (or stress patterns) beyond just the duration of the vacation, lasting sometimes for weeks afterward.

In a New Zealand study, vacationers wore a wrist device that monitored their quality of sleep starting three days before the vacation and ending three days after their return. After two to three days of vacation, participants were averaging an hour more of good quality sleep and experienced an 80 percent improvement in their reaction times because of deeper restorative sleep. After returning home, they were still sleeping close to an hour more, and their reaction times were 30 to 40 percent higher than before the trip.

The reasons for deeper sleep while on vacation are twofold: one, because of the removal from the work schedule, and two, because of the change of location when traveling. Researchers report that a new bed disassociates negative sleep patterns you might experience at home. The mattress and sheets are different from what you’re used to, so you don’t associate them with staying awake all night, the anxiety of which can inhibit sleep. In other words, you may sleep better in a hotel than you do at home because of the change of scenery. For the sleep-deprived firefighter, this alone is reason enough to take those vacations, as they offer a chance to catch up on much needed sleep.

Professional Services from Ernest & Young did an internal study on E & Y employees; for each additional 10 hours of vacation employees took, their year-end performance ratings improved by eight percent. They were shown to be less likely to leave as well. The high-level professionals who were required to take time off were significantly more productive overall than those who spent more time working. Less was literally more.

Columbia Business School asserts that travel is linked to creativity, as it improves the brain’s neuroplasticity (the ability to reorganize itself by forming new connections). This is because the brain literally fires on all cylinders when learning or experiencing something new, such as occurs when traveling. This boost in brain activity has been shown to increase creativity, which automatically results in better job performance. “Foreign experiences increase both cognitive flexibility and depth and integrative thought, and the ability to make deep connections between disparate forms.”—Adam Galinsky, Professor and Chair of the Management Division at Columbia University. A break from the “same old, same old” will keep you alert and fully functioning. New experiences create mental growth, and mental growth helps you thrive at work.

My firefighter husband has taken every available vacation day he’s ever earned. He’s finishing up his 33rd year of an amazing career in this high-stress profession without ever having sunk into the bitter despair of burnout. Using all his vacation time along the way is one of the reasons why. Twice a year he takes “sabbaticals” as we call them, or month-long breaks, to simply get away, relax, sleep, and play. One he takes in December, the other July. We also travel as much as possible to keep life exciting, fun, and new. Firefighters, use those vacations. They really will help you play the long game both at work and at home, as a healthy, well-rested, productive firefighter is much more pleasant to live with than one on the brink of burnout.

Anne Gagliano has been married to Captain Mike Gagliano of the Seattle (WA) Fire Department for 32 years. She and her husband lecture together on building and maintaining a strong marriage.