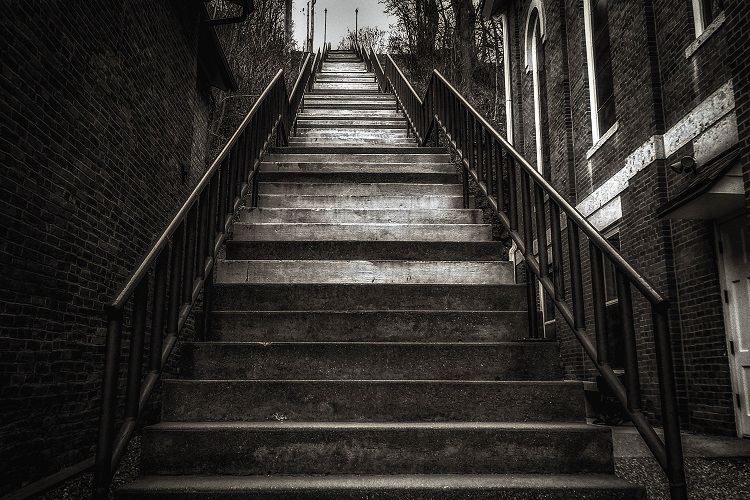 Last time I talked about nutrition and cardio as the first two parts of fitness four-part harmony. This time I will finish the quartet with strength training and flexibility.

Most people who work out like to lift weights. I recognize that as a generality–and it is–but that doesn’t mean it doesn’t have a strong basis in reality. People like to lift for a lot of reasons, some good, some bad, and some indifferent.

The good reasons are the health and fitness ones. Developing lean mass through strength training benefits the individual in many ways. The obvious one is having sufficient strength to accomplish your daily tasks. This doesn’t mean that you have to be the biggest and toughest person in the gym; it means that you recognize the importance of being strong in the long and short term.

Sufficient strength in the short term means that nothing your day throws at you is a problem. As a firefighter, this sets the bar pretty high, but it’s certainly not unattainable. Think about the following three scenarios. First, what is required of you during an average shift, and are any of those tasks a problem for you? Then think about the worse/hardest shift you’ve experienced thus far; were any of those demands a problem? Finally, think about the worst case you’ve ever heard of, and consider, if you had been involved, would any of those demands have been a problem? Your baseline is scenario three.

How do you train for the worst-case scenario? It’s quite simple, really: You train as if your life depends on it (which is also true for the long term and I’m coming to that) because it does–not only yours, but every member of your crew and every person in your community. The way you train is to dedicate yourself to building the most usable strength of which you are capable. I’m not talking about building big showy muscles or busting the chops of the others in the gym by having the biggest bench press. Rather, you train to build a strong and balanced functional body.

How you go about that is a topic of much debate and not a little acrimonious argument and controversy. What I’m going to say on this matter is my opinion…

I believe in getting the most bang for your buck as possible. That means building strength with big multi-joint movements and leaving the isolation work to the bodybuilders. Using the squat, deadlift, bench-press, overhead press, hang-clean, chin-ups, dips, rows, and core work will build a solid base of usable strength. After you have accomplished that, you can address weaknesses or focus on strengths and other desires, but until then, you stay with these basic lifts.

Once you have the base built, you can get out on the practice ground and train your specific firefighting skills. This will allow you to develop the neural pathways necessary to ingrain the movements you need to be able to be the best firefighter you can possibly be. If you try to hone your skills before you have the strength necessary, you will more than likely find ways to “cheat.” I don’t mean that you are dishonest in any way. What I mean by cheat is that you will find ways to accomplish a skill in a way that is less than optimal, thereby wasting energy and employing movement patterns that will lead to injury.

An example of “cheating” would be to use your lower back to stabilize an overhead activity such as raising a ladder. Rather than bracing your core (which you can’t do because it’s too weak) and using your shoulders, you round your back and try to “hump” it up using momentum. By using this sort of technique (aside from courting personal injury), you can’t maintain adequate control and risk injury to those around you.

If you need to stay on a fire for many hours, the more muscle you have the better you will be able to maintain proper form in the performance of your skills. Your “muscle memory” will carry you along despite mounting fatigue; and when you do get a chance to rest, your recovery will be quicker and more complete.

Proper training will ensure you have adequate strength to do your job on an average day and on the worst day imaginable.

The advantage to being strong is obvious day to day, but have you considered what it will do for you as your life goes on? Conventional wisdom suggests that lean mass naturally diminishes as you get older. This is true, but not because it’s a normal consequence of aging but rather because most people don’t work to maintain their muscle mass in later years.

Studies have shown that people who consistently train with weights don’t exhibit an appreciable loss of strength until hitting their early to mid-80s. In fact, in your 70s you can still add lean mass and build strength for another decade if you work at it. Unfortunately, very few people continue training once they get into their fifth decade. It’s like they just decide to get old. This trend may be shifting a little, but not enough to make a difference.

Those who take advantage of an earlier retirement seem to be the least likely to maintain the exercise habit. They seem to think that walking will somehow allow them to maintain their fitness, and they couldn’t be more wrong. Without continued resistance training, they will lose more and more of their lean mass while in most cases adding more and more fat.

Here is where the good old bathroom scale sabotages so many people. They continue to weigh themselves on a regular basis and so long as the scale weight stays basically the same they think they are on track. Once again, this is so wrong. Because of this “scale weight stasis,” they feel that they are fine since they’ve only gained “a couple of pounds” since retirement. Without continued resistance training, they are slowly replacing their lean mass with fat.

Bottom line is, strength train now and for the rest of your life, because in both the short and the long term, your life depends on it.

Long ago when I was just a young pup, I had a girlfriend who was very much into yoga; so I was into yoga too. The relationship with both the girl and yoga failed after a while. I don’t regret the girl part, but I wish I had stayed with yoga.

I’ll admit right off that I’m not all that flexible. I’m good enough for what I do, but I can’t help but think that if I was more flexible I would feel and move better. I do stretch before and after working out, but it is mostly to address issues rather than prevent them in the first place. I make sure that when I lift weights I do so with a full range of motion, and that has helped a lot over the years. Well, at least I haven’t made anything worse. I’m sure you’ve seen people in the gym who are all hunched over with internally rotated hands and shoulders who do to too much bench pressing and not enough pulling and mobility work. I never wanted that to be me, so at least I’ve succeeded on that front.

I enjoy using a foam roller, and that has helped loosen up my muscles and connective tissue so that I can in fact stretch more effectively. That be as it may, as soon as I have addressed some issue and I feel better, I tend to fall off the flexibility wagon and soon the problems have recurred.

Taking a yoga class or a mobility or flexibility class can do wonders for your adherence to a good program. Learning the nuances of how to stretch will make the time you spend stretching much more profitable. Having someone who will prescribe, teach, observe, and correct will make everything you do much more effective and personally tailored to your needs.

So my advice is to take mobility/flexibility seriously, and your comfort and performance will improve. Don’t underestimate the added benefit that slow controlled movement and regulated breathing can have on your mental state too. After a good period of stretching, you’ll be amazed at how good your body and your mind will feel.

There you go–four pieces of the puzzle for a lifetime of fitness. You may arrange them in any order you see fit; just remember to include them all for a balanced body and mind. So, make positive plans for getting fit today and an audacious fitness goal for a year from now, and see where it takes you.

Train with four-part fitness harmony in mind, and you’ll be a strong, balanced, and better firefighter … and a healthier and happier person as well.