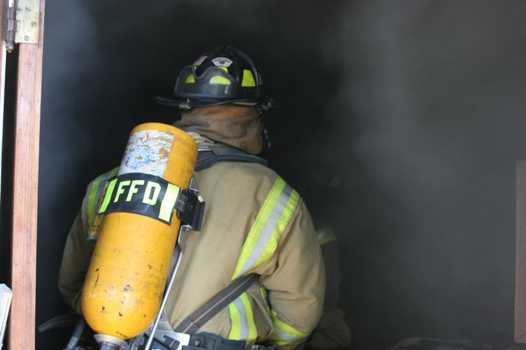 Someone asked me if there is an ideal time of day to exercise. He had heard all sorts of things about doing cardio before weights, working out on an empty stomach to lose weight, and a number of other ideas.

I would think there probably is a most effective time to work out. It might depend on your metabolism more than anything. Genetics most likely would play the greatest role. It would take a battery of tests and trial and error to figure it out, and I doubt it would make that much difference to the average trainee.

I would say that the best time to exercise is when you can do it on a regular and consistent basis. The next best time is whenever you can fit it in ….

So, let’s work off that premise and see what we can figure out.

There are few things more annoying than that person who gets up at zero dark thirty, goes for a run or is off to the gym for an hour-long workout … and then spends the rest of the day telling everyone about it. There are a lot of good reasons to get your training done early before the rest of your day kicks in; bragging about it to anyone within earshot it isn’t one of them … so don’t do that.

Obviously, the best reason is that it’s done, and you no longer have it hanging over your head. Even people who enjoy their time working out are happy to have it done for the day. It frees up your schedule and allows you a lot more flexibility. Getting it done early also guarantees that nothing is going to get in the way and cause you to miss it.

You also metabolize your food better when you eat after a workout, so having a good breakfast after a workout is a great way to start your day. On the other hand, some people have trouble eating for a while after a hard workout; I’m in that camp myself. Some fruit and yogurt are about all I can get down within an hour or two of some really hard training. Other people can’t wait to chow down, while others like to eat before they train. There are as many ways to do it as there are people.

One physical downside to early training is that you are more likely to have a “cardiac event” early in the morning. It’s not a huge increase in risk, but if you have other risk factors, it is something to consider. It’s thought that the reason might be that most people are dehydrated in the morning and so their blood is “thicker”; sounds plausible to me. If your urine looks more like apple juice than it does lemonade in the morning, then you are dehydrated. This risk factor is easily mitigated simply by drinking some water whenever you wake up at night. You can also drink some at least 20 minutes prior to your training. I don’t know how much is needed, and I haven’t seen any research on the subject, but an eight-ounce glass would be a good start.

The biggest downside to early morning exercise is that it’s early morning. If it’s tough for you to drag yourself out of bed at the best of times, it’s even harder to do it knowing you are going to have to work out. I’ve known people who say they enjoy building the discipline that early rising followed by exercise demands … it takes all sorts to make up a world.

Now let’s look at midday training. I find that this is by far the most difficult time if you work an average nine to five type schedule. It’s disruptive for most people and, speaking as a trainer, I find the noon sessions are the ones most commonly canceled. In the middle of the day, so many things can get in the way–and they frequently do. The successful midday trainers often look at their time spent working out as an important break in their day. It’s a time for decompression and ruminating before tackling the second part of the day. These people are often in a position where they have a lot of control over their time. Unfortunately, this is not true for most people. For those who do find a way to make their lunch hour their workout time, they often find that it really disrupts their eating patterns. This causes them to short themselves on lunch or eat a prepackage “energy bar” or miss lunch altogether. This can lead to overindulging later in the evening–not a good pattern to get into.

If you feel that midday is the only option for you, go into it understanding that it’s likely to be tough. Lunch with friends and colleagues will need to go by the wayside. Long meetings and phone calls will eat into your exercise time. Well-meaning friends will sabotage you if you let them, and the extra time it takes to shower and change adds a lot of time to the commitment. I’m not saying it’s not worth it if that is the best time for you to train. I’m just saying that it takes a different sort of discipline even when compared to dragging yourself out of bed early in the morning.

Late afternoon and early evenings are when a great many people exercise. I see folks out running and biking, and the gyms are always busier right after work. It’s a great way to cap off your day. It relieves stress built up over the past eight hours and keeps you from going out and eating and drinking after work. A great many of these people, while they do train fairly often, frequently have problems with consistency. If they have to work late, the workout is the thing that gets sacrificed. Unexpectedly having to work a double shift is not conducive to wanting to work out, even if you could fit one in. Turning down invitations to “stop for a drink” can be difficult. If you have children, they take priority with sports and school activities.

On the far end, some people really enjoy late-night workouts. By late I mean midnight or so. I have on occasion gone for a run long after dark, but I have never done it as a matter of scheduling. Some people sleep better after a late workout, while others can’t sleep for hours after training. If it appeals to you and you have equipment available and it’s convenient, then I don’t see any problem with that sort of schedule.

Being a firefighter can certainly take its toll on maintaining a regular schedule. Disrupted sleep, irregular meals, and stress are not conducive to motivating one to exercise. Many times, I have heard the excuse, “I’m just too tired/too stressed/too busy to consistently fit exercise into my schedule.” If this is your life, then it’s time to take control and figure how to make changes so that you can make exercise a regular part of your life while not making your stress levels any higher than they might already be.

It would seem that the people who can work out happily and effectively at any time of day that comes along have created the best possible world. I’m not sure if it’s simply a personality trait to be so flexible or if it actually involves a high degree of commitment and discipline, or both. Anyway, I envy them; that’s a good place to be.

For the rest of us, we need to work mightily at finding the time of day that works for our personality and our goals as well as our schedule. If your health and fitness are important to you, then morning, noon, and night are all viable options. It can be done, providing you’re willing to do some planning, apply some discipline, and set your priorities.

Keep trying and you will find your training time sweet spot …

…whenever it may be.