Ensuring scene safety is not always as easy as it first appears. The scene may stay the same, but the people in it change in an instant. Psych patients are volatile; proper assessment is vital.  Unfortunately, the person you assess sometimes becomes a different person ….

He was incoherent, in his girlfriend’s bed, and refused to move. When I entered the room, he blew his nose on the sheets, then spit onto the pillow.

“What are you doing?” I asked.

He mumbled something and rolled onto his back.

“He won’t leave,” said one of the police officers whot had responded.

“What’s your name?” I asked the man in the bed. Nothing.

“Do you know what day of the week it is?” Nothing.

“Do you know where you are?” Nothing. 0 for 3. So much for my plan to call it a police matter and back out.

“Is he taking any medications?” I asked a woman who I assumed to be his girlfriend. She took a healthy drag from her cigarette, looked in my direction but not at me, and said,

How to get a 300-pound spitting, snot-throwing, underwear-clad sweaty bear from his lair into my rescue and to the hospital with the least resistance possible?

Guile? I’m not that clever.

I leaned over the bed, shook the patient firmly, and told him we had to go to the hospital, there is an emergency.

He looked at me with bleary eyes, not comprehending.

“Let’s go, we have to go now!” I said, more urgency in my voice. “Something’s wrong with you, and we can’t figure out what!”

We helped him to his feet, put some clothes on him, and walked him through the rain to the rescue.

It’s all in the tone, my daughter once told me.

Things can never be easy on Rescue 1. En route, the patient realized there was no real emergency. He tried to communicate with me, but I couldn’t understand him. As we sped down Rt. 95 toward Rhode Island Hospital, he became more and more agitated. From the rear windows, I noted familiar landmarks. Three minutes away, he spit on my stretcher.

“If you spit in here again, I’m going to have you arrested,” I said.

Two minutes out, he started fumbling for the seat belt latch. When he couldn’t figure out how to free himself, he twisted his one-inch-thick gold necklace in his hands until it tightened around his neck, then he pulled the chain violently up, trying to hang himself.

“You’re going to break your chain,” I said. The chain miraculously broke in his hands, relieving the pressure to his bulging eyes and letting the blood drain from his beet-red face.

One minute out, he tried to break free of the seat belt by force. I sat three feet away looking for possible weapons. The portable should do the trick if I hit him between the eyes, but what if I missed? The familiar bumps in the road were a welcome relief as we turned onto Dudley Street, 100 yards from the entrance to Rhode Island Hospital.

Security helped me get him out of the rescue onto one of the hospital’s stretchers and into the Clinical Decision Unit (CDU), Rhode Island Hospital Emergency Room’s psych ward.

The restraints held. This time. 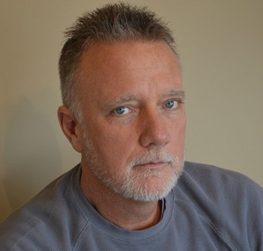 Michael Morse is a former captain with the Providence (RI) Fire Department, author, and popular columnist. His books, Rescuing Providence and Responding, are considered must-reads for people interested in EMS and the fire service. His latest book, Mr. Wilson Makes it Home, was published in February 2015.

Good Things Come to Those Who Wait

Staying Connected is a Life-or-Death Choice