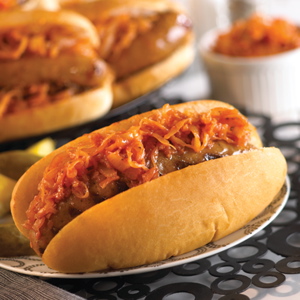 After completing my latest accomplishment of becoming a department of fire program instructor level 2, I realized there is so much more that goes into everything than what you see. For instance, when being the architect of a class, and starting from just a simple idea, not only is the research of the subject important, but the accumulation of information to deliver said subject is equally important. It should also be noted that once the subject is researched, developed, and formulated, then it must be evaluated. Much like building a recipe in the kitchen, we have a certain taste for something that constitutes an idea, then we must do the research to figure out what foods will satisfy that taste. This becomes the formulation phase, and now we must combine those foods in a manner that builds the exact taste we want.

The taste test to see if it does indeed taste like we wanted is the evaluation phase. If it does not taste good, it ultimately goes in the garbage, much like a bad lesson plan. If it looks good, smells good, and satisfies the appetite, then it goes to the table and everyone gets to enjoy it. If you’re lucky, a few people will want to duplicate it, and that duplication, depending on how good their artistry is, may expand tenfold. Much like your class, if it is well-designed, well-executed, and well-evaluated, not only are people going to feed their minds but they may want to duplicate it and feed other minds. So, therefore, a recipe for a recipe would be beneficial to all, and “That’s Bringing the Firehouse Home!”

Recipe for a Recipe

Frank E. Vaerewijck has had a passion for the fire service that has spanned 20 years. He has been a volunteer and career firefighter and is currently a firefighter/EMT with the Manassas (VA) Volunteer Fire Company. He has passed on his passion for the fire service through instruction and mentorship. That same passion he has for the fire service is shared with his love of food. In 2006, Vaerewyck won an Iron Chef-style competition sponsored by a radio station in Richmond, Virginia. That is where he also furthered his education by attending a Culinary Arts Program. As the Firehouse Foodie, he has been compiling recipes to be included in a cookbook that will give others the opportunity to see their hometown heroes not just as firefighters, but as the firehouse chefs they truly are.