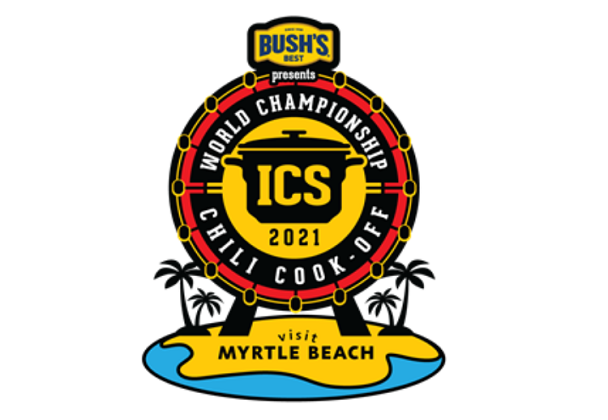 MYRTLE BEACH, S.C. – The search is on for the nation’s best firehouse chili, and it’s being led by an organization that knows a thing or two about great chili – the International Chili Society (ICS).

ICS, which is responsible for sanctioning hundreds of chili cook-offs all across the country, announced that it’s seeking competitors for its inaugural Firehouse Chili Challenge, which will be held in Myrtle Beach as part of the 54th Annual World Championship Chili Cook-off (WCCC). The event is scheduled to occur on September 18, just one weekend following the 20th anniversary of the 9/11 attack on America.

“In addition to discovering and celebrating some of the best, under-appreciated cooks in America, this special event will allow us and chili lovers everywhere to honor and commemorate the many first responders and heroes who made the ultimate sacrifice on a terrible day in our country’s history,” commented Mike McCloud, President and CEO of ICS.

ICS will accept applications and nominations for firehouse cooks who think they have what it takes to be named the Best Firehouse Chili Cook in the Nation. The program will be open to any firehouse cook or team. Submissions will be entered here as the portal opens on National Chili Day, February 25. The submission form will prompt entrants to include either a photo of their unique chili creation or cook team, any awards or honors received, and why they should be chosen as a Firehouse Chili Challenge finalist. Additionally, firefighters will be asked to write a brief description of a charity that is important to them.

ICS and its Chili Congress, an ambassador council of past ICS champions, will select 10 official teams who will be announced throughout the chili competition season. The 10 selected teams will be invited to compete in the Firehouse Division at the 54th Annual WCCC, which will occur September 17-19 in beautiful Myrtle Beach, S.C. There, they will compete in a live People’s Choice Challenge, where all proceeds raised will go to their charities of choice. The team that raises the most money will be crowned the winner and receive extra prize money.

The move is one of many firsts being planned for the 54th WCCC, which is an annual quest by the International Chili Society to find the best chili dishes in the world. Started by legendary Carroll Shelby and friends in 1967, the WCCC has helped raise over $100 million for charities while providing “chiliheads” a fun, delicious and competitive platform to show off their cooking skills.

ICS will accept submissions through July 31, 2021. Finalists will be notified as they are selected.

About the International Chili Society

Since 1967, the International Chili Society (ICS) has been bringing people together over one of America’s greatest culinary creations. ICS sanctions more than 100 events a year nationwide with one mission –  to continuously improve chili while raising money for charities and nonprofits. More than $100 million has been raised for charities by the chili arena since ICS was started. To celebrate each year’s pro-chili season, ICS holds a World Chili Championship Cookoff (WCCC) and crowns World Champions. To see previous winners, click here.