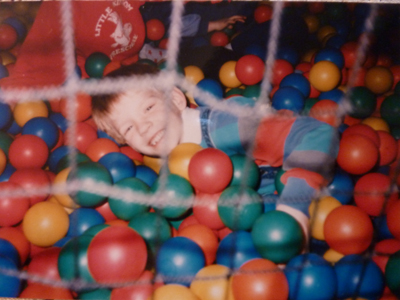 I recently read an article entitled, “Addicted to Awake: Sleep Deprivation in the Fire Service,” by Jaqueline and Dean Toomey, and I was struck by a few key things. I’ve been writing about sleep issues for years now, as it is a huge factor in this firefighter household. My firefighter husband Mike has had trouble sleeping ever since his fire career began, and I’ve dedicated myself to trying to help him with this. That’s why I wrote an entire chapter on sleep in our marriage book. But I’m no expert; hence, I’m always hoping to learn more. And I continue to believe it is a vital concern for the health and well-being of the firefighter and the firefighter marriage.

SLEEP TO SURVIVE: HOW TO MANAGE SLEEP DEPRIVATION

The Toomeys (also a fire couple) teach a First Responder Sleep Recovery Program together at fire departments and fire conferences nationally. In their article, they write, “Did you know sleep deprivation is medically linked to the leading killers of firefighters including heart attack, cancer, and suicide?  Let’s remember the time firefighters weren’t interested in wearing self-contained breathing apparatus, turning in gear to be washed for cancer prevention, or quitting the era of smoking in the firehouse.”  I remember the era of not wearing air or of managing that air—because my husband has dedicated his life to that topic and literally wrote the book on it. Fortunately, the air culture has changed. I’m hoping the sleep culture will too. As the Toomeys so thoughtfully wrote, we are a culture that is “addicted to awake,” but that’s largely because for the firefighter, sleepin’ ain’t easy!  Firefighters have serious sleep issues with serious implications, but the good news is this: There are some simple solutions.

Serious Sleep Issues. A study done in 2015 by Laura K. Barger, Ph.D., Instructor in medicine at Harvard Medical School, screened 6,933 firefighters from 66 U.S. fire departments for sleep disorders. Of these firefighters, 40% tested positive. Their disorders were broken into the following statistics:  28.4% had obstructive sleep apnea; 6% had insomnia; 9.1% had shift work disorder; and 9.1% had restless legs syndrome. Eighty percent of the firefighters diagnosed had no prior awareness of their sleep disorders.

The 24-hour shift or being on call, combined with the effects of the fight-or-flight response, are the primary culprits behind these sleep issues. Firefighters are perpetually alert, or hypervigilant, as they may be awakened at any time to respond to an emergency. They must go from zero to a hundred in a matter of minutes, and to do so requires a massive surge of hormones including adrenaline and cortisol. Over time, a firefighter becomes increasingly more easily awakened and has a tougher time both falling and staying asleep long enough to reach the more restorative phases.

Being consistently awakened interrupts the sleep process and inhibits the REM (rapid eye movement, or the dream stage) phase, which is the last stage of the sleep cycle and one not easily reached. Pay attention, firefighters: The REM stage is crucial to mental health. It is responsible for processing emotionally heightened events—i.e., trauma—and it should be reached several times a night as we rotate through the 90- to 110-minute sleep cycle. During REM, the brain mentally processes the day’s events. Without REM, the PFC (pre-frontal cortex, the part of the brain responsible for thought and self-control) shuts down and the emotional center of the brain (the part responsible for impulsive, irrational behavior) takes over. Firefighters experience a lot of trauma; hence, REM is especially vital to their mental health. But the more sleep deprived you become, the tougher it is to reach REM, and the cycle can become quite destructive both mentally and physically. Light sleep is not restorative, and most firefighters sleep with one eye open.

Serious Implications. As I’ve written many times before, you can die faster from lack of sleep than you can from lack of food. It really doesn’t seem possible, but it’s true. Our bodies need to sleep to keep us going, to help us heal, and to help us recover from the day’s emotional events. But, in case you don’t believe me, here are some alarming statistics to further my point.

The World Health Organization has officially classified shift work as a probable carcinogen. They’ve declared it to be a rising health crisis. Shift work often leads to chronic sleep deprivation, and this suppresses the immune system. A suppressed immune system may lead to many serious illnesses. Just one night of only 4 or 5 hours of sleep (as opposed to the optimal 8 or 9 hours) lowers the body’s natural anti-cancer (or killer cells) by 70%. Just one night!  Firefighters often go many nights with no sleep at all!  Sleep-deprived women have a 40% increased risk of breast cancer. Sleep deprived men have a 50% increased risk of prostate and colorectal cancer.

With less than six hours of sleep, the time to physical exhaustion decreases by 30%, the ability of your lungs to expire carbon dioxide and inhale oxygen lowers, and your peak muscular strength weakens. Firefighters need to be strong and perform at superhuman levels. Professor Mathew Walker, director of the University of CA Berkley’s Centre for Human Sleep Science, writes, “No aspect of our biology is left unscathed by sleep deprivation. Sleep is the greatest legal performance enhancing drug that most people are probably neglecting.”

According to a study done by the University of Texas South Western Medical Center, less than six hours of sleep increases the risk of heart attack by 200%. Sleep deprivation affects all causes of mortality, including obesity, diabetes, cardiovascular disease, cancer, and impaired vigilance and cognition (which leads to accidents).

And sleep disorders or deprivation may lead to suicide. Suicidal thoughts can run rampant when the PFC is impaired. A person is more likely to become depressed and anxious when REM sleep is absent. And the insomniac is vulnerable for this reason; the majority of completed suicides occur at night between the hours of midnight and 4:00 a.m.

The shift work/volunteer firefighter experiences sleep disruption on a regular basis. It is the price of doing business. But be mindful, as this disruption can lead to sleep disorders. And sleep disorders may lead to chronic sleep deprivation with serious implications. Sleepin’ ain’t easy for the firefighter; but there are some simple, doable solutions gained from this fire couple’s 33 years of experience. I’ll share these in my next column.

If you’re interested in my book, check it out here: http://www.pennwellbooks.com/shop-fire-books-videos/new-products/challenges-of-the-firefighter-marriage.

Anne Gagliano has been married to Captain Mike Gagliano of the Seattle (WA) Fire Department for 33 years. She and her husband lecture together on building and maintaining a strong marriage.

What Every Firefighter’s Spouse Should Know About Cancer, Part 1