It is estimated that three-quarters of the world’s dog population lives in the developing world as feral, village, or community dogs, with pet dogs uncommon. But in developed countries, canines have lived and worked with humans in so many roles that they have earned the nickname “Man’s Best Friend,” a phrase used not just in America but in other countries as well.

Today, the Dalmatian serves as a firehouse mascot and is sometimes used to educate the public in fire safety, but in the days of horse-drawn fire carts, they provided a valuable service, having a natural affinity to horses. They would run alongside the horses or beneath the cart axles. The horses have long since gone, but the Dalmatians, by tradition, have stayed. As a result, in the United States, Dalmatians are commonly known as firehouse dogs. Dalmatians are still chosen by many firefighters as pets, in honor of their past. The Dalmatian is also the mascot of the Pi Kappa Alpha International Fraternity. In the past, Pi Kappa Alpha has been known as the firefighters’ fraternity, and this is why they both share the Dalmatian as a mascot.

Dalmatians aren’t the only firehouse dogs out there though. My favorite firehouse dog was one I bought at a garage sale for $20 almost 15 years ago. He loved the station, and the number of people in and out of the station at any given time. He was intelligent, dedicated, obedient, and loyal. He was leash trained but was so great that he heeled on point without a leash most of his life. He would check off trucks in the morning and stay right with us, never leaving the pad; and when the bell rang, he was so well trained he headed toward the bunk room to his crate, to await our return. He loved ice cream and being petted, but he especially loved lounging on the couch.

Smokey, the Blue Tic Firehouse Hound, lived a full life, traveling to many states, working in the firehouse, and knowing love like not many have experienced. Smokey went to be with the Lord earlier this month, and his is dearly missed, but his memory lives on, and I really strived to be his “Best Friend,” and “That’s Bringing the Firehouse Home!” 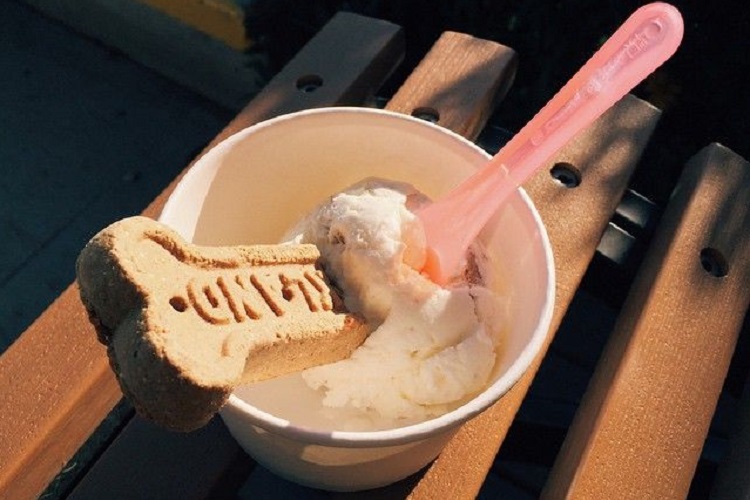 Homemade Ice Cream in a Bag

* Milk products can be hard on some dogs, so be aware that your pup may get a tummy ache, and a pet friendly recipe maybe more suitable for them. Smokey never had an issue and at ice cream all the time.

Frank E. Vaerewijck has had a passion for the fire service that has spanned 20 years. He has been a volunteer and career firefighter and is currently a firefighter/EMT with Smithfield Volunteer Fire Department (yes, where the bacon comes from, THAT Smithfield). He has passed on his passion for the fire service through instruction and mentorship. That same passion he has for the fire service is shared with his love of food. In 2006, Vaerewyck won an Iron Chef-style competition sponsored by a radio station in Richmond, Virginia. That is where he also furthered his education by attending a Culinary Arts Program. As the Firehouse Foodie, he has been compiling recipes to be included in a cookbook that will give others the opportunity to see their hometown heroes not just as firefighters but as the firehouse chefs they truly are.