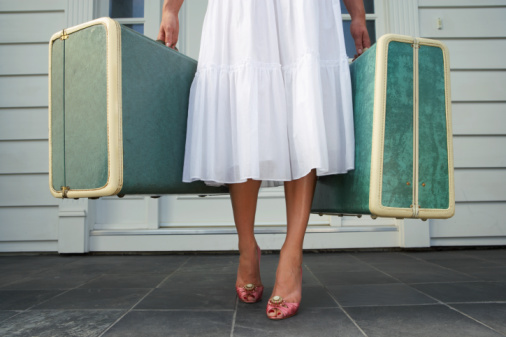 Talking about stress and trauma does help a lot of the time. But sometimes trauma is so deep that talking about it does not help, especially not men, and especially when traumatized by near-death experiences. In fact, sometimes talking can actually re-traumatize. Erich Maria Remarque describes this struggle best in his memoir All Quiet on the Western Front. As a soldier on reprieve from war, he is constantly asked to describe his experiences. He keeps his stories lighthearted and humorous, ignoring his friend’s requests for darker tales. Remarque explains this reticence when he writes: ‘’I realize he does not know that a man cannot talk of such things; I would do it willingly, but it is too dangerous for me to put these things into words. I am afraid they might then become gigantic and I be no longer able to master them.”

As a longtime firefighter spouse, I have recognized my husband Mike’s reluctance to speak of his ”tough runs.”  I wish to comfort him, to ease his anxiety, but often my attempts to elicit conversation have fallen flat. But what he has responded to more so than anything else from me is my touch. Research by Bessel vanderKolk, M.D., an expert in post-traumatic stress disorder (PTSD), determined that most traumatic memories get stored in nonverbal parts of the brain (the limbic region) as sensory, motor, and emotional fragments so that no matter how much verbal therapy you do, you may never get to the core of it. What he and many others recommend is physical therapy, or the human touch. Touch has been proven to ease stress, anxiety, and even pain on a level beyond what mere words can do.

This is one of the reasons, I believe, married firefighters have much lower rates of PTSD than unmarried ones do; because when it comes to being touched, they literally have the upper hand. Three ways couples touch have the following benefits in combating stress:

(1) Cuddling. Several studies have been done on the effects of hand holding, hugging, and kissing in married couples and their levels of stress. In one such study, 16 happily married women were subjected to the threat of a mild electric shock and their anxiety levels were measured. Some were not touched, others held hands with a stranger, and the third group held hands with their husband. The group not touched had the highest level of anxiety, and the stranger’s touch group had slightly less. But the married-touch group showed significantly lower levels of anxiety.

The de-stressing effect of touch was also measured by a similar study published in Behavioral Medicine. Couples were either told to hold hands for 10 minutes and then hug for 20 seconds or told not to touch at all before being exposed to a stressful situation. The “huggers” had healthier reactions to stress than the nonhuggers, including lower heart rates, lower blood pressure, and smaller heart rate increases. The gentle pressure of a hug has been shown to stimulate nerve endings under the skin that send calming messages to the brain and actually slow the release of the stress hormone cortisol. A hug actually makes you “feel” safe.

And the power of a kiss was revealed in a study on 2,000 couples. Those who kissed daily were eight times less likely to struggle with the effects of stress than those who only kissed during love making. Kissing is a close connection that is proven to release endorphins, which directly counter the effects of cortisol.

(2) Massage. The benefits associated with massage are experienced from head to toe—it doesn’t matter whether it’s back, neck, or foot. The human touch is healing, soothing, and relaxing; it is like no other. The word massage is derived from the Greek word “masso,” which means “to handle, touch, or to work with the hands.”  People fall asleep all the time on the table of a masseuse. Why is that?  Massage has been scientifically proven to release all the “feel good” hormones (including endorphins, serotonin, and dopamine) into the body and brain. These “feel good” hormones directly reduce levels of norepinephrine and cortisol, the primary inhibitors of sleep. A study was done on subjects who suffered from either depression or insomnia or both. The control group was given a daily massage over a period of five days. At the end of the five days, the control group’s urinary levels of norepinephrine and cortisol were significantly lower than the nonmassage group’s. The control group also experienced an increased number of hours slept at night and reported lowered symptoms of anxiety.

Hormones released during massage have other benefits as well. Not only do they counter stress and lift the mood, but they also prevent nerve cells from releasing more pain signals to the brain, literally “making the pain go away.” A sore and weary firefighter cannot relax and go to sleep if pain impulses throb loudly through the brain. Pain actually keeps the body awake, and this is problematic as the sleep-deprived firefighter is much more vulnerable to PTSD.

Massage increases alertness and lessens depression, which is good for marriage. It does this by stimulating pressure receptors under the skin, which increases the vagal nerve activity in the brain, thereby boosting serotonin—the anti-pain neurotransmitter. It is a proven instant mood boost for anyone, stressed-out firefighter and stressed-out firefighter spouse alike.

(3) Sex. Men and women who have recently had sex respond better to stress while it is occurring. This is believed to be partially due to the pleasure of sex but also due to the chemistry of it. A study was done on rats; those who mated regularly had a much higher rate of cell proliferation in the hippocampus, which is the part of the brain linked to memory. They also had more brain cell growth and a rise in the number of connections between brain cells than those who did not mate regularly. This type of brain stimulation is believed to help with positive thoughts and self-control, two necessary elements in handling the intense nature of firefighting and to make sound decisions while doing so.

Men who have sex two times a week cut their risk of heart disease in half (this rate was not as high in women). For both men and women, sex can make you live longer—as much as eight years—and look younger—as much as 10 years. Sex releases positive hormones (such as dopamine) at the highest levels achieved through human touch. These positive hormones directly counter the negatives of trauma and stress, which can age the body and the mind.

When words won’t come, use the next best thing to communicate your steadfast support of one another—your loving caress. Touch is essential for any marriage, but especially so for the firefighter whose battle with trauma is ongoing. Hold hands, hug, and kiss often. Give each other massages, and make love regularly; your relationship will not only survive the harsh realities of this sometimes traumatic profession but thrive in spite of it.

Anne Gagliano has been married to Captain Mike Gagliano of the Seattle (WA) Fire Department for 30 years. She and her husband lecture together on building and maintaining a strong marriage.