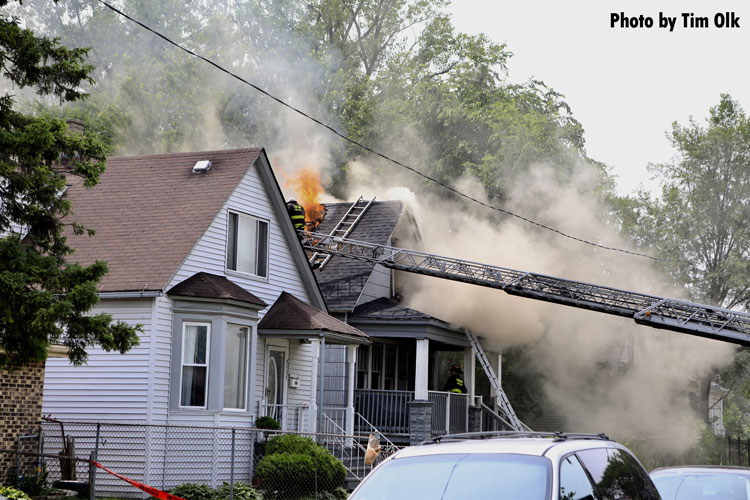 Chicago Fire Department Englewood dispatch put out a still and box alarm fire with a report of a person trapped on the first floor. First companies on scene reported heavy smoke from the first floor of a 1 1/2-story frame dwelling.

Engine 62 reported heavy smoke from the first floor. Companies found a person bleeding in the front yard who was inside the house at the time of the fire. Battalion 22 reported fire in the knee walls and fire through the roof.

Family of Deceased MO Firefighter Revelas Cause of Death as Suicide,...