The original lightning protection system of that era included a number of metal rods attached to the walls and roof of a building. These rods were connected by copper wire, which was connected to metal rods driven 10 feet into the ground. When lightning struck, it usually struck a rod and its energy was transferred to the ground by the lightning rods, cables, and ground rods. The alternative to this is that energy being transferred to high-impedance or non-conductive building materials.

Lightning and its effects on buildings have been studied for more than 250 years. Today’s lightning-protection system as defined in National Fire Protection Association (NFPA) Standard 780, Standard for Installation of Lightning Protection Systems, 2011 edition:

The basic principle in protecting life and property from lightning is to provide a path by which the electrical energy can enter or leave the earth without damaging the structure. The low-impedance path provided by metal rods, cables, and grounding electrodes is ideal for this purpose, provided that the path is continuous from the grounding electrode to the terminal on the building.

The primary principle in lightning protection is to ensure that there is a high probability that the leader that connects with the downward leader originates from an air terminal, and not from a part of the structure that will be damaged by the electrical energy that will flow through it. For a detailed explanation of the mechanics of a lightning strike and the functioning of a lightning protection system, see NFPA 780–2011, Annex B. 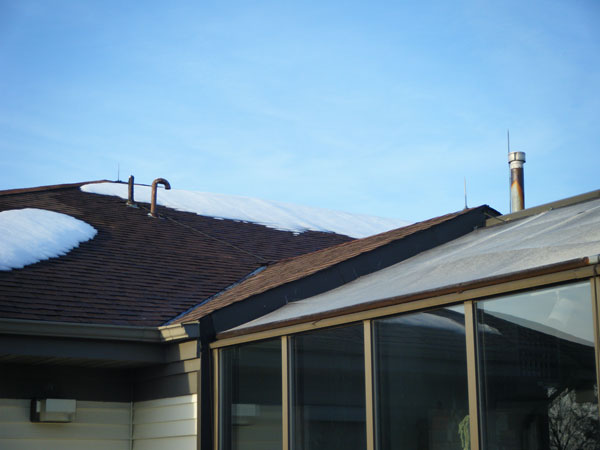 Elevated air terminals (photo 1) provide the protection required, provided that they are located systematically and as required by NFPA 780. These air terminals provide protection for the area spread out below them, called a “zone of protection.”

Note that most air terminals are short and taper to a point. In the dark, smoke, rain, or fog, these can pose a trip and impalement hazard to firefighters on the roof.

Air terminals are also used to protect projections above the roof and metallic objects on the roof, like the metal chimney in photo 1. The air terminals are connected to a main conductor cable (photos 1 and 2), which is connected to two or more down conductors (photo 3) each with its own grounding electrode or rod.

Photo 1 shows a section of a roof with three visible air terminals: one on the shingled ridge at the left center of the photo; one on the shingled gable at the right center; and the third on the metal chimney to the right of the gable. The main cable connecting these is also visible running from the ridge to the gable and onto the roof of the attached metal greenhouse. 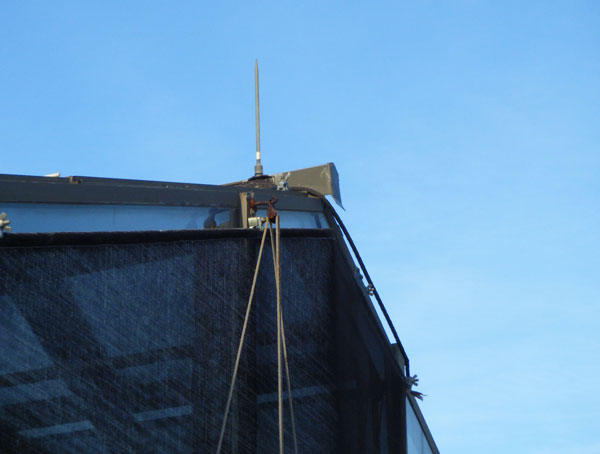 Photo 2 shows the air terminal at the gable of the greenhouse with the main cable running along the ridge from the left and down the right slope of the gable at the right, toward a down conductor. 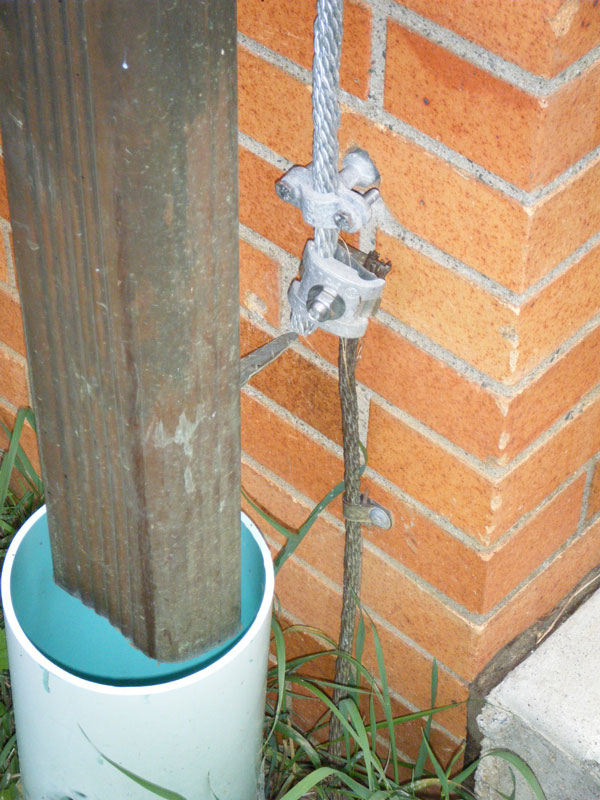 Photo 3 shows a down conductor attached to a brick wall and connected to the cable leading to the grounding electrode.

A second component of a lightning-protection system is common ground bonding. Chapter 4.14 of NFPA 780 calls for interconnection, or bonding, of all grounding conductors and buried metallic conductors that could provide a path for lightning currents, to provide a common ground potential. This interconnection includes lightning protection, electric service, communications, antenna systems, and underground metallic piping (water service, well casings, conduits, and gas piping on the customer’s side of the meter). See the May 2009 “Construction Concerns” article regarding bonding requirements for corrugated stainless steel tubing (CSST).

The third component of a lightning-protection system is permanently-installed surge protection for the building’s electrical system, communications systems (cable TV, alarm systems, antenna systems, and data cables). Surge protection must be installed at all electric service entrances; at the entrances of communications systems; and at the point where any of these leave the building to supply another structure with a cable run of more than 100 feet (30 m). Supplemental surge protection may also be installed at branch circuit panels and at the point of use.

Even though lightning-protection systems for buildings are low in cost when compared to the price of a building, many building owners and code officials are not convinced that these are necessary. After many lightning storms, there are reports to emergency services of fires, smells of smoke, and building damage. In addition, many buildings in the area will replace electrical and electronic devices (computers, televisions, telephone systems, electrical appliances, alarm system components, and even lighting fixtures) even if those buildings were not struck directly by lightning. It is a common perception that property insurance will cover the damage–but it will not cover the inconvenience during the evaluation and replacement, or the frustration of the building’s occupants if they are displaced for a week or a month while the building is repaired.

When firefighters respond to storm-related incidents involving lightning, we should note on our reports whether any lightning protection systems were installed and if they functioned properly or were damaged. Accumulation of this kind of data can lead to changes in the building and fire codes that would require these systems in all new or renovated structures.