Over the past 27 years of conducting fire investigations, I sometimes have had to stand back and say, “Hmm.” The two fire investigations discussed below puzzled me and my fellow investigators, but we figured them out, tested the hypothesis, and came up with the answers.

Investigation 1 involved a garage fire that started on a beautiful Sunday afternoon while people were enjoying the sunshine, doing yardwork, or barbecuing. On such a lovely day, one wonders how a garage fire starts and grows large enough to ignite two other garages and two cars.

After the fire was extinguished, we began investigating the origin and cause. I recorded every detail of the scene with my digital camera to document every aspect of the fire.

Two cars were parked outside the one-story structure during the fire. I found an old screw-in electrical fuse box with normal heat damage and no fire damage. The building owner stated that electricity had not been on in the building for 20 years, which the owner’s electrician confirmed. I took inventory of the garage’s contents and traced that to the burn patterns. The garage held a snow blower, bicycles, lawn chairs, and old lawn chair cushions. At the area of origin, I identified one type of molten metal as the remains of a bicycle; another type of molten metal I identified as the remains of an aluminum stepladder. As I dug into the floor, I discovered the remains of a plastic gasoline container with a liquid burn pattern around it. These findings explain why there was a fully involved garage fire on a beautiful Sunday afternoon. However, I still needed to figure out what started the fire. 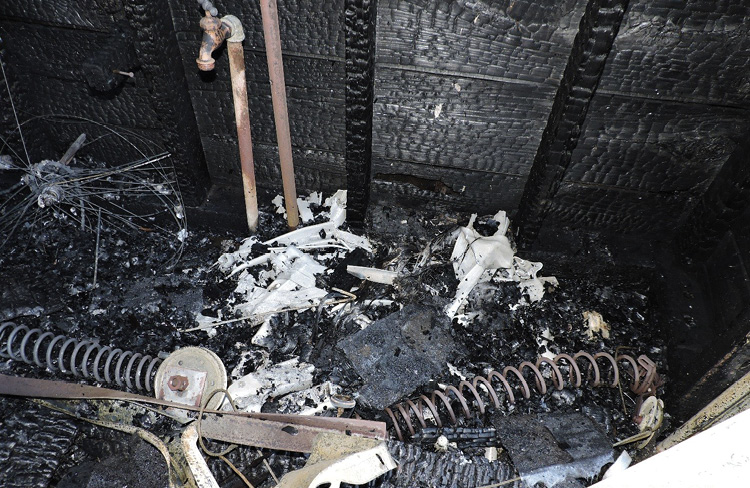 (1) The point of origin before the area was cleared. The white material is the remains of the ladder, which is mixed in with the white plastic from the lawn chairs (Photos by author.) 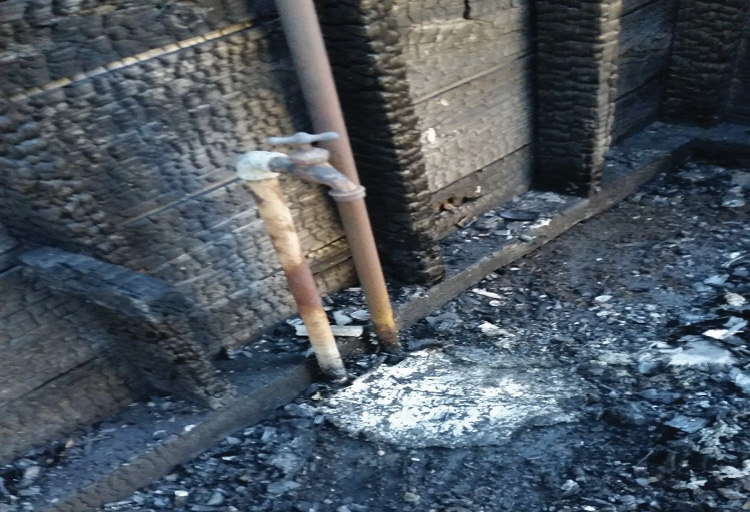 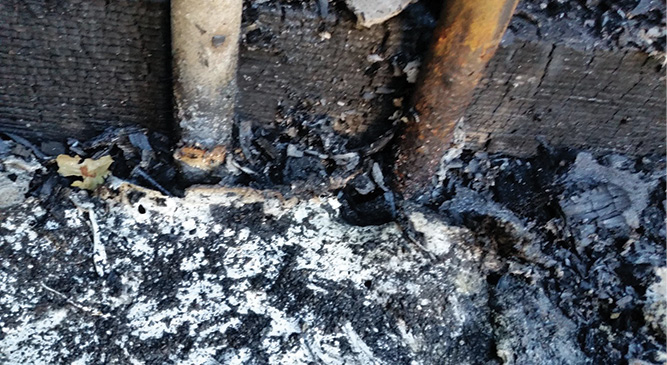 (3) The plastic bag of rock salt leaned against these two galvanized pipes. 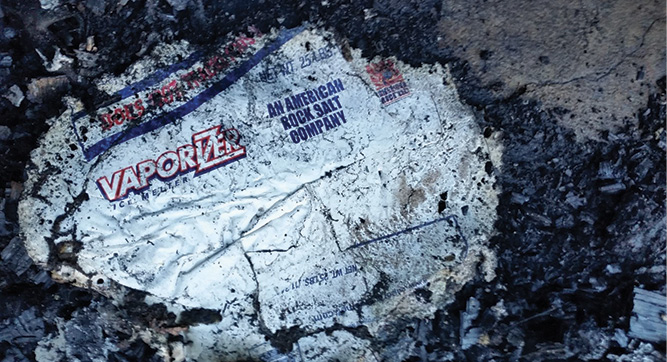 (4) The bottom of the plastic rock salt bag. 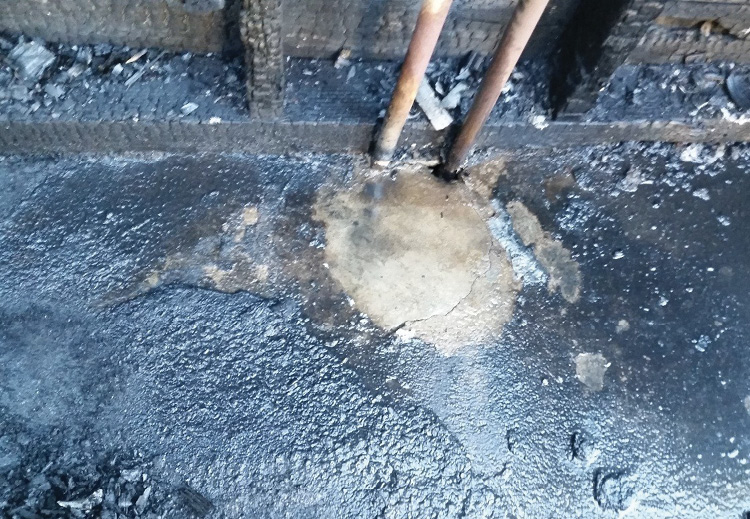 I followed the burn pattern along the floor and matched it to the “V” pattern on the south interior wall. The pattern led me to the remains of the bicycle and the stepladder and some other charred debris. As I carefully cleared the debris by hand, I came across the remains of a plastic bag. I stopped to photograph the scene and flipped the bag over; it was the remnant of a bag that had held rock salt. The area around the bag and everything above it was charred. How did this piece of plastic, measuring 14 × 12 inches, survive a fire so intense that it melted a bicycle and a ladder? Something activated the rock salt’s sodium chloride, causing an exothermic reaction. There is no difference between the rock salt that you use to melt ice and the salt you use on your food (positively charged sodium ions and negatively charged chlorine ions). These ions react with water molecules and hydrate (form hydrated ions, charged ions joined to water molecules). This process gives off heat because hydrates are more stable than the individual ions. The reaction heated the plastic bag and ignited the combustibles around it. Once the fire reached the free-burn stage, it melted the plastic gasoline container, from which came the liquid burn pattern.

The second scenario involved a blowout or short circuit in a BX armored cable. I often see fires in which the wires energize the armor around cable, cause a short, and blow a hole in the armor. An electrician who is a member of my department said that he is seeing BX cable blowouts more often. When doing electrical work, electricians will find a blowout in a BX cable and replace it with new cable.

The earliest standardized method of wiring a building used in North America from about the 1880s to the 1930s was knob-and-tube single conductors. They were run through cavities between the structural members in walls and ceilings; ceramic tubes formed protective channels through joists and ceramic knobs were attached to the structural members to provide air between the wire and the lumber that supported the wires. The fire service saw a problem with this; to this day, we still come across the same old knob-and-tube wires.

Armored cables with two rubber-insulated conductors in a flexible metal sheath appeared as early as 1906. At the time, they were considered a better method than open knob-and-tube wiring, although they were much more expensive. A positive and a negative wire were inside the armor; the outer armor was the ground. At the time, this worked fine. However, I have seen more and more shorts in these wires.

When conducting a fire investigation in which you suspect a BX blowout, do the following:

How do two garages and two cars ignite and become almost fully involved before fire department arrival? How are items like ladders and bicycles on one side of the garage reduced to molten metal while wooden items and bicycles on the other side have only limited fire damage? Fire investigators have to determine how the fire started and how it reached such intensity. 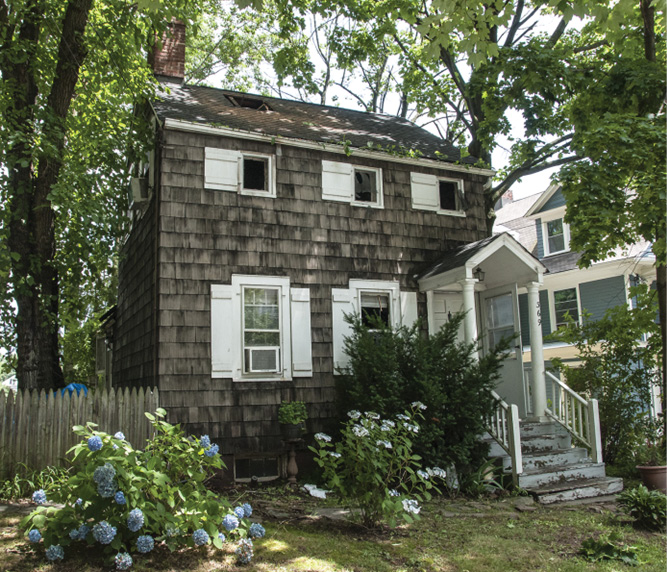 (6) This 220-year-old house, now a single-family home, has been used for many different things over the years. The fire started between the first and second floors and advanced until a passerby noticed the smoke. At the time, the house was unoccupied. 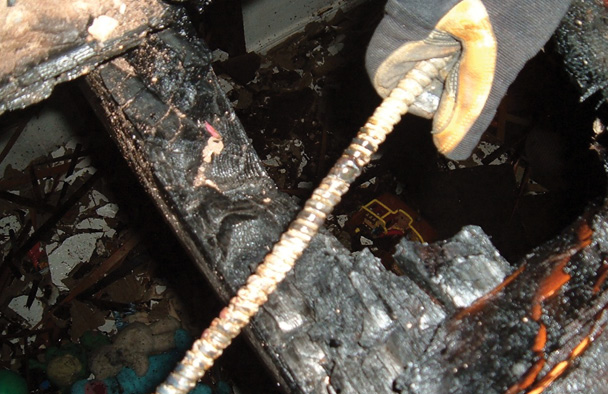 (7) The investigator found this between the floor and the ceiling. Note the black area, indicating a blowout. 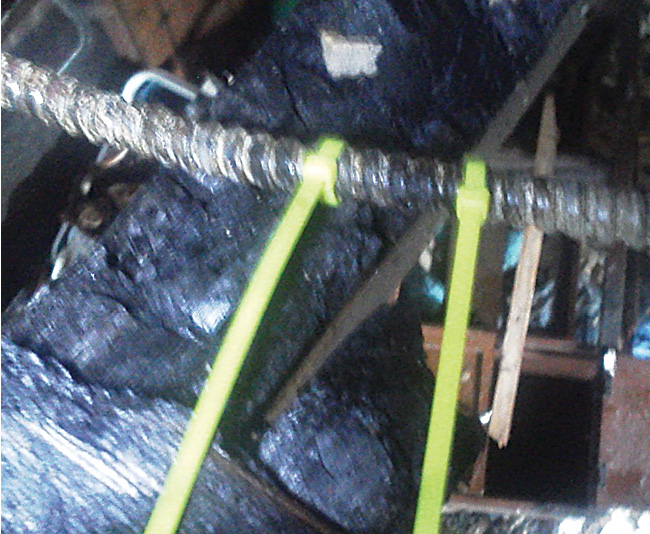 (8) Plastic ties mark the areas where a blowout occurred, making the areas easy to identify in photographs. The blowout could be small and easily missed during the investigation. This blowout was found by slowly moving a bare hand over the armored cable. 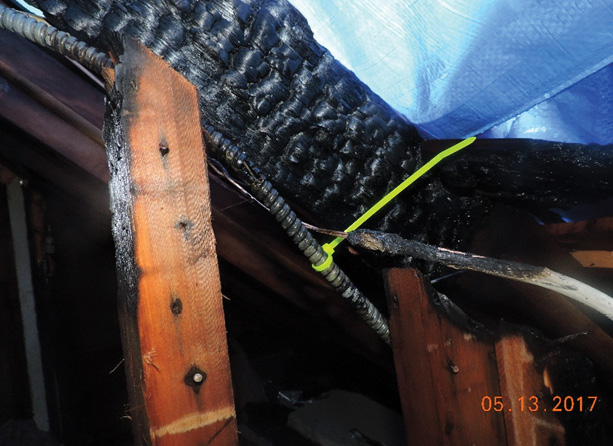 (9) This short circuit caused a fire in a third-floor void in an occupied single-family home. The family had relatives visiting; they thought they smelled pancakes cooking. The armored cable had started to melt the spray insulation, resulting in “the pancake smell.” 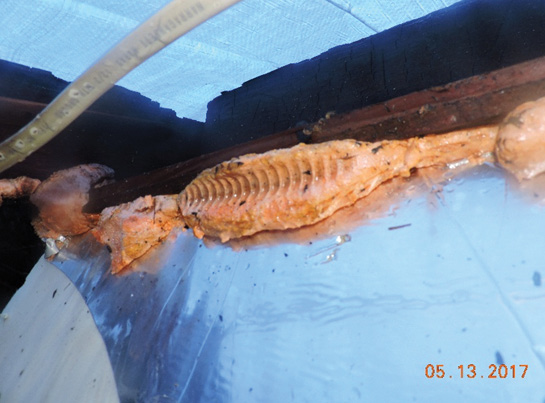 (10) Remnants of the insulation from where the armored cable was installed.

Following are some other procedural recommendations when investigating a fire:

BX cable fire investigation. If investigating a fire involving a BX cable, ask everyone who was in the apartment or house if there were any problems with the duplex outlets or the light switches. Sometimes, the BX cable will short out but not cause a blowout. Ask the building owner if any electrical work has recently been done in the building and obtain the contact information for the person who did the electrical work. Interview that person and find out if any old BX wires were removed; if so, ask if they are still available.

If you suspect an electrical blowout caused the fire, consider the following:

John Thomas is a 27-year veteran of the fire service and has been investigating fires for 26 years. A New Jersey Level-2 fire service instructor, he teaches hazmat, incident command, and fire investigation. Thomas has conducted and developed fire investigation courses for law enforcement and attorneys. He is the owner of Fire Inspector Services LLC, which conducts fire service training and consulting relative to mobile food vendors, fire investigation, private industry security and fire safety, and terrorism and counterterrorism.