When performing a fire company recon survey to gather building intelligence on heating appliances, you may find more complex building systems in high-rise buildings and large complexes where a central heating appliance (boilers, central furnaces) are present. A heating appliance can be fired from various liquid fuels that are either natural gas, oils, and/or a combination of both when the fuel prices fluctuate. A licensed building operator can easily switch from one supply source to another (Photo 1). When a building uses oil, the storage system should be installed according to the International Code Council (ICC) Building, Mechanical, and International Fuel Gas Codes as well as the National Fire Protection Association (NFPA) Standard 70, National Electrical Code. For new in-building fuel storage system installations located within a building (i.e. powerhouse/central plant), the oil tank should be no more than two stories below grade; the tank capacity should not exceed 3,000 gallons; it should be stored in an above-ground protected tank; and be located in a room protected with an automatic sprinkler system.  When a liquid fuel ranging from lighter No. 2 oil to heavier No. 4 oil is stored in an underground storage tank, it must comply with NFPA 31, Standard for the Installation of Oil-Burning Equipment.

Cogeneration (co-gen), also referred to as combined heat and power (CHP), is the simultaneous production of two or more forms of energy from a single fuel source (Photo 2). The revolutions of a fuel-powered engine or turbine will turn a generator to produce electricity. Rather than being wasted, the heat of exhaust is used to produce additional energy. Co-Gen equipment is not new, and installations can be traced back to the 1980s in New Jersey. These systems are replacing large heating building or plant systems that have or are reaching their end of service life expectancy. This will prompt building owners and engineers to plan and consider replacing old equipment with co-gen systems. These improvements in technology offer cost savings in fuel and added benefits of producing electricity, heat for domestic hot water, HVAC, and chilled water accomplished with the process of evaporation cooling.

A co-gen system is a combined heat and power appliance that can efficiently produce electricity and heat simultaneously. From a single fuel source like natural gas, a heat engine (furnace) uses its exhaust energy to generate electricity and supply heat, hot water, steam, or energy to produce cooling for the facility. This application does not need additional fuel consumption for tall building construction or a furnace appliance replacement. In one large complex facility that ran three city blocks and had 20 interconnecting high-rise buildings, a co-gen installation powered by a high-pressure natural gas line (85-100 psi/5.86-6.89 bar) generated power to four 4,160 volts (V) high-voltage electric lines and supported the steam system to heat the complex (Photo 3). Inside the co-gen heat production is a jet turbine engine that generates the alternative energy source (Photo 4).

This enclosed co-gen sustainable system is protected with an internal fire extinguishing system (Photo 2), external flame detection devices, and sprinkler system that are connected to the fire alarm control panel. If the internal fire extinguishing system is discharged, it is recommended that the Co-Gen turbine not be opened for a 24-hour period. The three 4,160 V lines are the alternative energy source created for the co-gen turbine. (Photo 3).

Although these co-gen systems are monitored by computer-based programs that can regulate the heating appliance, firefighters gathering building intelligence should also be aware of where the building systems manual isolation controls are located in case the automatic shutdown features fail to cut off the system. 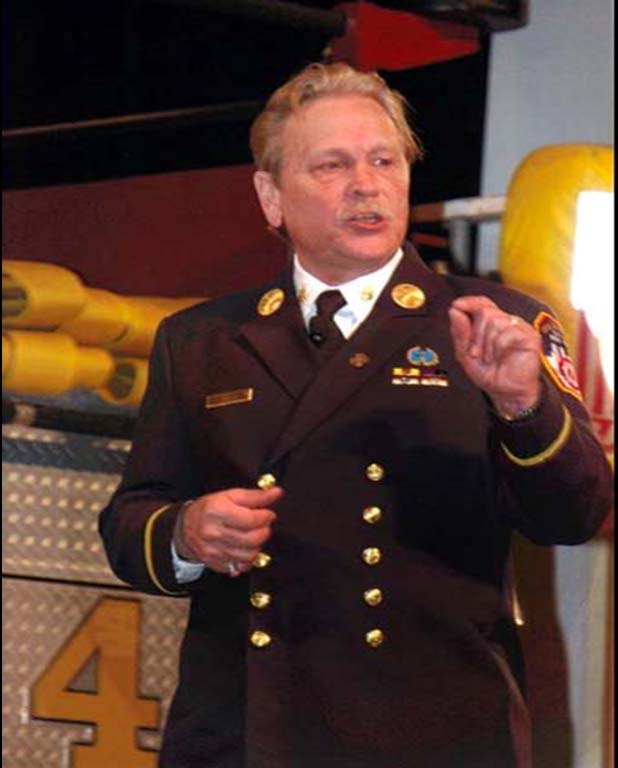 Know Before You Go: Concrete Tilt-Up Buildings: What You See on the Outside Is Not What You Get on the Inside