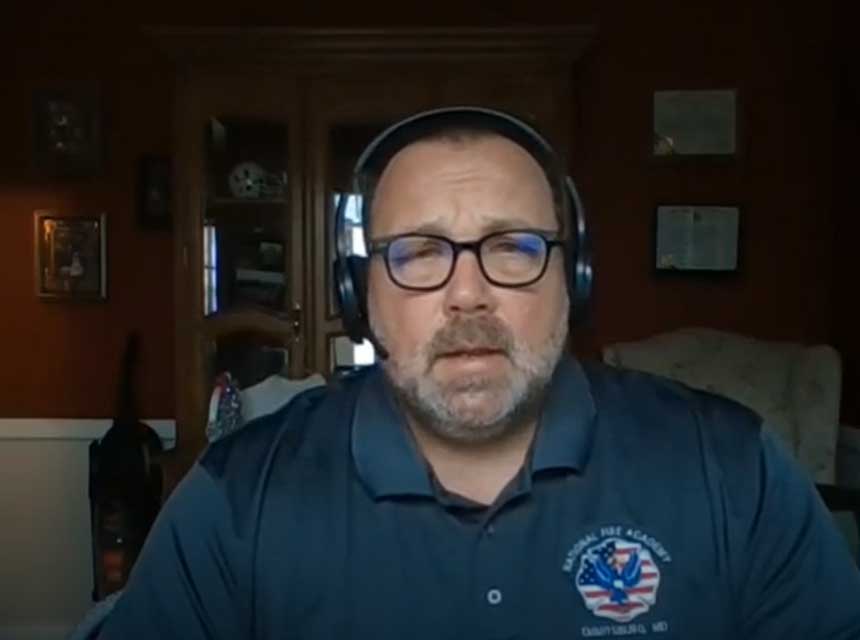 On December 2, 2016, at 11:20 p.m., a fire broke out in the first floor of the “Ghost Ship,” a warehouse that had been converted to artist studios and was permitted for industrial uses only. It was not permitted as a residential or an assembly occupancy.

The night of the fire, the “Ghost Ship” hosted a concert in a performance space on the second floor. The first-floor fire trapped partygoers on the second floor. Although the cause of the fire was undetermined, the fire resulted in the death of 36 occupants; the early retirement of the fire chief; and the indictment, arrest, trial, and subsequent plea deal of two men on 36 counts of involuntary manslaughter.1

The Essential Elements of Community Risk-Reduction

The “Ghost Ship” is a stark example of how dangerous an illegal change of use can be. The danger lies in the reality that the people who create these illegal conversions in no way see the danger. The other reality is that these illegal occupancies exist all over the country and in every community.

Legal Change of Use

The life cycle of a building’s use is fluid and depends on many factors. The driving factor is economics. Some urban centers like Baltimore have a surplus of office space and a lack of residential rental property. In response, developers are converting vacant office buildings into apartment buildings. In other conversions, banks have been converted to nightclubs and restaurants. This poses an exceptional challenge because of the diametrically opposed use groups. A bank is designed to keep people out—the function is security—whereas a nightclub or restaurant assembly is designed to provide easy ingress and egress. Builders are trying to fit a square peg in a round hole.

Sometimes even legal conversions can go badly if not properly converted. In 2009, five men died when a bakery converted to a homeless shelter caught fire in Paris, Texas. All five men who died were on the second floor. There were 28 men at the 42-bed shelter. The men were in 10-foot × 10-foot rooms when the fire broke out.2 The building did not have a sprinkler system or smoke alarms.

What Are Illegal Conversions?

The New York City Department of Buildings defines an illegal conversion as “an alteration or modification of an existing building to create an additional housing unit without first obtaining approval from the building department.” Such conversions are dangerous because they rarely comply with building and fire codes. An illegal conversion is an unpermitted, uninspected change of use of an occupancy.

In the “Ghost Ship” fire, the structure was a warehouse that had been turned into live/work units. The units were separated by makeshift materials, old windows, wood benches, lumber, and other items stacked next to and on top of each other; one stairwell was constructed out of used pallets.3 The unpermitted alterations make illegal conversion buildings particularly dangerous to the occupants and to the fire service.

Although big-scale illegal conversions like the “Ghost Ship” fire are rare, small-scale illegal conversions are common and often fatal. A New York woman was killed in a fire that occurred in a basement that had been illegally converted to a bedroom. Units were on the scene within three minutes, but they were hindered by bars on the basement and first-floor windows.4 Converting attics and basements to bedrooms is extremely common. This spikes when the economy is bad and affordable housing is scarce.

The scope of illegal conversions is a much bigger problem than the fire service or the public-at-large realizes. This problem was evident as far back as the late 1980s. An extensive survey by < em>The Los Angeles Times in 1987 found that 200,000 people were living in 42,000 illegally converted garages and other structures.6

Because fire prevention offices are generally understaffed, most illegal conversion investigations are complaint driven. Most fire departments don’t have the staff to journey around looking for illegal housing. But training field units to note the signs of illegal housing and report them to fire prevention is a good start toward preventing them. Some warning signs include several cars parked in a single-family dwelling driveway, multiple mailboxes at a single home, and a large number of people entering and exiting a single dwelling over an extended period.

Building officials in the wake of the “Ghost Ship” incident stated that inspectors had not been inside of the warehouse in 30 years. It was discovered that 35 complaints had been made in the months leading up to the deadly fire, but building and fire officials never got inside. Although the police were called and entered the structure for criminal complaints, the illegal housing was not communicated to the building or fire department.7 Communication among agencies is vital in the elimination of illegal housing.

Vacant warehouses are good targets for illegal conversion to housing. Just days after the “Ghost Ship” fire, San Francisco authorities discovered a 14,000-square-foot warehouse in the Bayview neighborhood that was illegally being used for housing in addition to serving as a theater.8 It would be wise to survey your district’s warehouse space and check for illegal conversions.

Illegal conversions are fraught with hidden dangers to firefighters because they are unpredictable. The buildings are largely partitioned off to make several smaller living units and become maze-like. One fire official in Oakland described the “Ghost Ship” as a “labyrinth.” These mazes increase the chances for firefighters to become disoriented and lost or get ensnared in debris.

Firefighters face access issues. Sometimes, they encounter “stairs to nowhere” because stairwells have been walled off. In the “Ghost Ship,” one stairwell was constructed of used wooden pallets. Because these structures are constructed and altered without approval, standard building and fire codes are ignored, and egress can be highly unreliable. Dangerous alterations can bring added danger: Holes in the floors could present a fall hazard, and openings in construction could cause abnormal and rapid fire spread.

Fire protection systems could be unreliable or nonexistent. It is unlikely that the owner of a building that has been illegally converted to multifamily housing would install a fire alarm or sprinkler system. Fuel loads in an illegal conversion can be much higher than anticipated. The unpredictable nature of an illegal conversion in concert with higher fuel loads, openings in construction, a maze-like floor plan, and access issues make these fires highly dangerous to firefighters and the civilians who occupy them.

1. “Ghost Ship Timeline: How the Investigation into the Deadly Fire Unfolded.” https://abc7news.com/timeline-how-the-ghost-ship-fire-investigation-unfolded/5414390/, September 6, 2019.

Raymond O’Brocki, CBO, is the manager of fire service relations for the American Wood Council. He was the chief building official for Rockville, Maryland. O’Brocki was appointed the fire marshal for Baltimore in 2008 and served as the assistant chief with the Baltimore (MD) Fire Department until retiring in 2013. He served on the Maryland State Fire Code Update Committee, the steering committee for the Mid-Atlantic Life Safety Conference, and the National Fire Protection Association’s (NFPA’s) Urban Fire Safety Task Force and is on the NFPA 1, Fire Code, Technical Committee. He is the administrator of the Construction Fire Safety Coalition, a graduate of the University of Baltimore School of Law, and a licensed attorney.