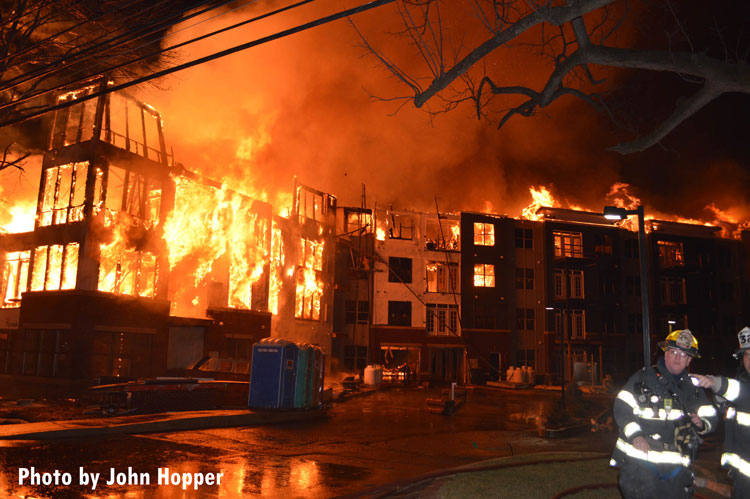 Courtesy of First On Scene Photos

A massive six-alarm fire ripped through a a luxury apartment complex that was under construction in Maplewood, New Jersey, on Saturday morning, February 4. The fire destroyied most of the units that were about to open to residents.

More than 120 firefighters battled the fire, which destroyed more than two-thirds of the community.

During the blaze, crews faced hazards like downed power lines, exposed propane tanks, and the threat of collapse.

Firefighters were still at the scene twelve hours after it started.

It’s unclear what caused the fire at this time, but an investigation is underway.