Spreading like killer bees from the south, lightweight wood multiple dwellings have spread northward over the past 40 years and are now found throughout the United States. Unfortunately for us, our model building codes don’t make a distinction between these “toothpick towers” and “traditional” conventional wood framing, particularly when it comes to allowable area and height. Over the past several years, our building codes have been weakened, allowing bigger and taller wood apartment and condominium dwellings, increasing the complexities and dangers we face.

Photo 1. Here is the most significant problem with toothpick towers: the enormous unsprinklered void spaces in the floors and attic. There is plenty of fuel and surface area to spread the fire quickly in these inaccessible areas. Don’t depend on draftstopping to slow the fire down for you; our fire history has shown its unreliability because of poor installation and maintenance. 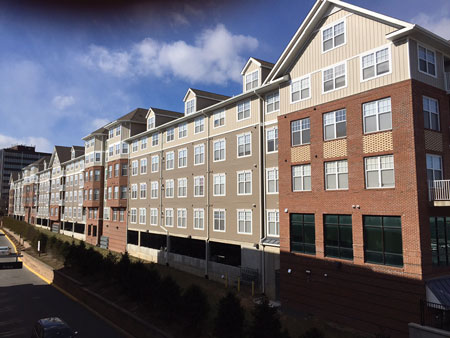 Photo 2. Where are the fire walls in this incredibly long structure? The only way you will know is by reviewing the building plans during your preplanning efforts. Building aesthetics took precedence over fire wall parapets years ago, making them a rarity in new buildings. 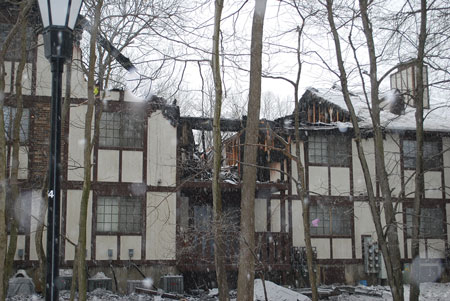 Photo 3. National Fire Protection Association (NFPA) 13R sprinkler systems are known sarcastically as 13 “Roulette” systems, given the fact that sprinklers are not required in small bathrooms and closets, unused attics, and the void space inside lightweight truss floors. If a fire starts in these areas, all bets are off. Years ago, NFPA 13R also didn’t require sprinklers on the balconies, as seen in this fire that erupted outdoors on the second floor. Numerous barbecue and cigarette bucket fires forced changes to the standard. 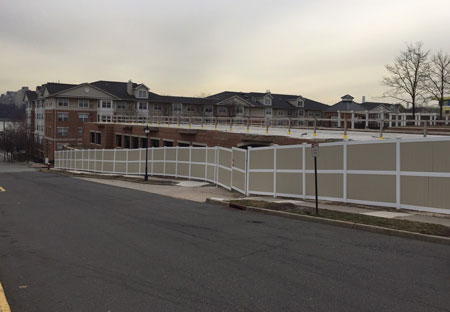 Photo 4. As if things weren’t bad enough, current building codes allow for a Type I (fire resistive) “pedestal” garage on which the apartment structure is built. These garages are considered separate buildings! Of course, this pushes the wood dwelling units even higher into the sky, beyond the reach of your ground ladders. Ironically, the pedestal is all that is left of this apartment structure that was completely consumed in Edgewater, New Jersey, in 2015 (see “Massive Fire Destroys New Jersey Lightweight Wood-Frame Apartment Building” by Thomas Jacobson, Patrick Chevalier, and Thomas M. Quinton Sr., Fire Engineering, January 2016). 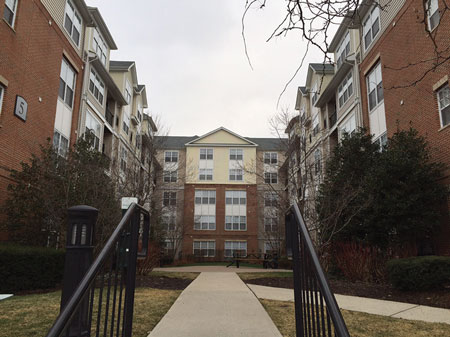 Photo 5. Newer lightweight wood multiple dwellings are notorious for eliminating apparatus access in the rear and courtyard areas of the structure. This, of course, forces firefighters to use ground ladders to remove victims from their balconies. Will your 35-footer make the upper floor? Make your concerns known before the building is built. 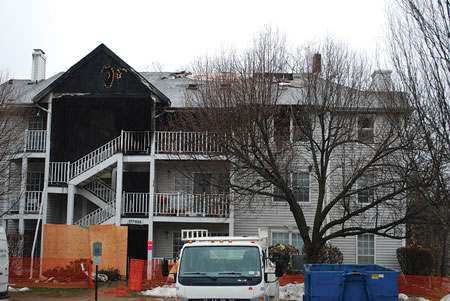 Photo 6. This 1980s complex is typical of that era: There are no sprinklers, and apartment access is from an exterior corridor that bisects the building. In this fire, a nine-year-old girl was forced to jump from the third-floor balcony on the right, fortunately into the arms of responding police officers. Although the code considers this third floor as having two means of egress for occupants (stairwells at both ends of the “outdoor” corridor), it is meaningless once fire has taken possession of the attic above.

GLENN P. CORBETT, PE, is the former assistant chief of the Waldwick (NJ) Fire Department, an associate professor of fire science at John Jay College of Criminal Justice in New York City, and a technical editor for Fire Engineering. He served on the Federal Advisory Committee of the National Construction Safety Team and is a member of the Fire Code Advisory Council for New Jersey. He is the coauthor of the late Francis L. Brannigan’s Building Construction for the Fire Service, 5th Edition; editor of Fire Engineering’s Handbook for Firefighter I and II; and an FDIC executive advisory board member. He is the recipient of the 2013 Tom Brennan Lifetime Achievement Award.