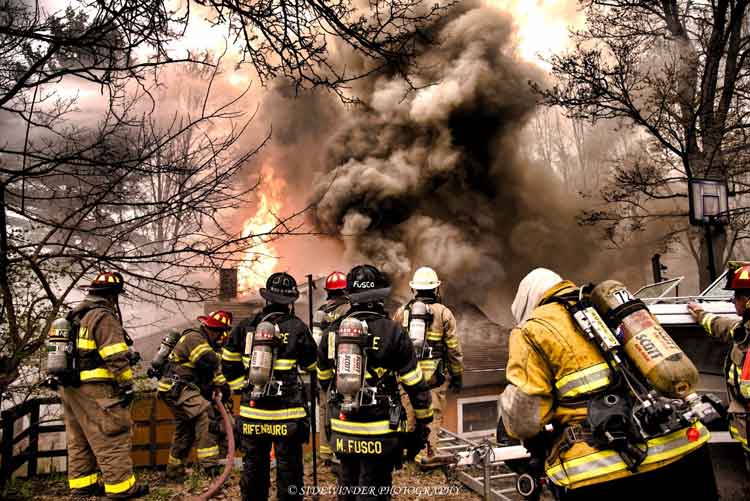 Firefighters responded to a recent two-alarm fire that ripped through a structure in Pleasantdale, New York, and Sidewinder Photography shared some photos from the scene.

Crews from Pleasantdale, Speigletown, Melrose, Waterford, Hoosic Valley Ambulance, and Halfmoon Fire Department responded to this fire on April 19, 2019. Heavy black smoke could be seen up to five miles away from the scene.

Firefighters had heavy fire throughout the rear of the building and a large portion of the deck. A collapse on scene thrwarted firefighters’ interior attack and compelled command to pull members from the building. Shortly after power lines came down on scene, and the local utility arrived to shut down power so firefighters could operate.

Firefighters eventually were able to make entry into the structure and knock down all of the remaining fire. Multiple fire departments were also brought into the area to backfill and man multiple stations, Sidewinder Photography reported.