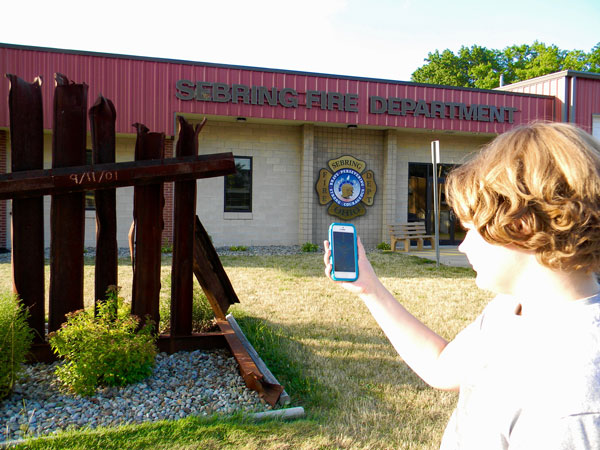 The latest craze in virtual gaming has people across the country using their IOS or Android enabled devices to catch Pokémon. Pokémon Go uses your mobile device’s GPS and camera to integrate the real world into a massive scavenger hunt. The Pokémon Go players are known as Pokémon trainers.The problem for fire departments is that the app Pokémon Go recognizes some fire stations as a Pokémon Gym, a location where users go to train their Pokémon for battle and locate PokeBalls. This is causing congestion and increased traffic at fire stations as Pokémon trainers are showing up there to catch their next mark.

On the positive, Pokemon Go has been identified as a fun healthy family activity that encourages family to get out and walk as they are catching Pokémon. It’s like a giant scavenger hunt. Once players get to a certain level they can team up and capture PokeStops, such as the fire station. While the excessive traffic of Pokémon trainers can be bothersome, fire departments can use this newest trend for community engagement.

Fire Prevention – As the Pokémon trainers stop by the station for their next catch, use the opportunity to distribute literature on home safety.  Create fun social media messages from your Pokémon Stop promoting fire prevention tips.

Recruitment – As the Pokémon trainers are out to catch their next score, have members of your organization ready to catch your next potential volunteer.  Increased traffic to your station means an opportunity to recruit new talent.

Team Building – Challenge your own members that are participating in Pokémon Go to team up and capture the fire station. Break the members up in groups to foster a friendly competition. This challenge can extend out to their significant others and children.

To ensure the Pokémon trainers are not having a negative impact on operations, fire departments can turn to social media for instructional messaging on visiting the PokeStop. The Sebring Fire Department, a volunteer department in Ohio, experienced an influx in traffic, leaving nowhere for firefighters to park during emergencies. Rather than discouraging Pokémon trainers, they created signage directing players visiting the Pokémon Go Gym on approved parking and sent a friendly reminder out on social media. The chief also challenged his new recruit of Millennials to work together to reclaim the fire station from an outside group that had it captured.

While this augmented reality game and others of its sort clearly presents some practical challenges for fire departments, it also presents a public education opporunity that can help firefighters to reach out to their citizens and the next generation.

CANDICE McDONALD is a firefighter/EMS officer with the Winona (OH) Fire Department and works for NASA in the Office of Protective Services. She is the co-chair of the Cumberland Valley Volunteer Firemen’s Association Reputation Management Committee and an active member of the ResponderSafety.com outreach team, is a trustee for the International Association of Women in Fire and Emergency Services, and has served as the appointed Fire Corps state advocate for Ohio and in other capacities for the National Volunteer Fire Council since 2009. McDonald is pursuing a doctor of business administration degree with a specialty in homeland security. She has a master’s degree in organizational leadership, a bachelor’s degree in business administration, and an associate degree in health and human services. She is an instructor at Stark State College.