When we enter our fire service, we must take an oath. We stand before the chief, mayor, or other dignitary, hold up our right hand, and swear to protect the citizens of our communities to the best of our abilities. This oath comes with great authority and great responsibility. When we pull up to a dwelling that is well involved with fire, we have a strong understanding of incident priorities and the proper steps needed to be taken to protect life and property. After the fire is knocked down, primary and secondary searches are performed, and a myriad of other tasks are completed, we feel fairly confident we have successfully fulfilled our mission. The incident priorities seem straightforward. But are the actions firefighters must remember to perform at an incident always this simple?

When arriving on the scene of a commercial occupancy, often we are presented with “nothing showing” and are forced into investigation mode. As highlighted in our previous article, firefighters often enter these structures to find an odor of something burning and/or a slight haze near the ceiling. Many times, rooftop units (RTU) are the culprit of a great majority of these smells-and-bells-type calls. Worn-out belts are often the cause, and although they are consistently activating the 911 system, seldom present us with a true emergency. Yes, it is vitally essential to ensure the building is not on fire, locate the affected unit, investigate and safely shut the RTU down. That said, more often than not worn out belts do not create a true immediately dangerous to life and health (IDLH) environment.

But what if there was an underlying emergency? What if we unknowingly assumed every one of these smells-and-bells-type calls was nothing more than an issue with a belt? What if we recalled an incident and returned to quarters, all the while leaving a faulty RTU running creating an IDLH environment within the building? Is this fulfilling our mission of protecting the citizens and visitors of our communities with which we were sworn to protect? It’s often no fault of our own, but so many of us were simply never provided the education to completely and effectively investigate these types of incidents, specifically RTUs.

When RTUs produce heat for a building, the heat from the burner is pulled by an inducer motor up into the heat exchanger. As fresh air meant for the building is pushed by the blower/motor, it passes over the heat exchanger tubes and is heated. This heated air is then pushed by the blower/motor throughout the ductwork of the building, heating the individual spaces the distributor vents service. It would be great if the only product to come from the burners was heat, but this far from the case.

Think about firefighting and the movies. We all know TV shows get this wrong. We don’t get a working fire and are remarkably able to see clear as day down the hallway. Along with fire come the products of combustion: smoke, carbon dioxide, carbon monoxide (CO), cyanide, etc. The same holds true for RTUs. When heat is being produced by the burners, along with the heat comes the unwanted byproducts of combustion including carbon monoxide. Instead of these unwanted byproducts entering the air destined for the inhabited compartments of a building, the heat exchanger creates for a single, safe, and airtight vessel for gases produced by the burners to be discharged safely back out into the atmosphere.

Sometimes the fire department will be called for an odor of gas or burning inside a building. Depending on where you work, commercial occupancies may not have CO detectors due to code. Whenever entering a building to investigate an odor of burning and an RTU is suspected, its essential we use a four-gas meter or, at minimum, a CO meter. Although there are many reasons for CO to be emitting into a building, one thing we must be cognizant of is the possibility of a cracked heat exchanger. A cracked heat exchanger could allow for exhaust gases to mix with the good air and be pushed by the blower into the ductwork and throughout the building. This could result in the spilling of the harmful products of combustion into the building, creating an IDLH atmosphere. Another risk of a cracked heat exchanger is “flame rollback.” When a heat exchanger is cracked, it can cause pressure differentials in the tubes and cause the flames to be forced back out to the burner section instead of flowing smoothly through the tubes. Signs of “flame rollback” could be the presence of melted wires and/or charring to the burner area and to the backside of the service panel.

When investigating RTUs, be certain to shut the unit down. Many people have lost hands due to the centrifugal motion and force of the blower fan. There is also the risk of burns, electrocution, and several other hazards.

If we suspect we are investigating for a potential cracked heat exchanger, it may be obvious such as the presence of a completely rotted out section of the exchanger tubes. Unfortunately, it may not always be this obvious. Small cracks can be found anywhere within these exchanger tubes, especially on the seams which bind the tubes together. The presence of small pin holes may exist as well. Some of these small cracks may not be big enough to create carbon monoxide or other hazardous conditions. However, the American Gas Association states that any crack found in a heat exchanger means it must be replaced.

Many firefighters think that investigating an RTU simply consists of looking for a worn-out belt. Although there is a strong probability of this being the underlying culprit to the source of an odor, there are many other issues which could be the reason for 911 system activation. This is not anyone’s fault; most firefighters were simply never given the education and training to thoroughly understand how to investigate these units.  Unlike a worn-out belt, which usually doesn’t create a true emergency, a cracked heat exchanger can create a true emergency. If we recall an incident without shutting down a unit which has a cracked heat exchanger, we could be leaving a faulty RTU running with deadly implications for the citizens we are sworn to protect. 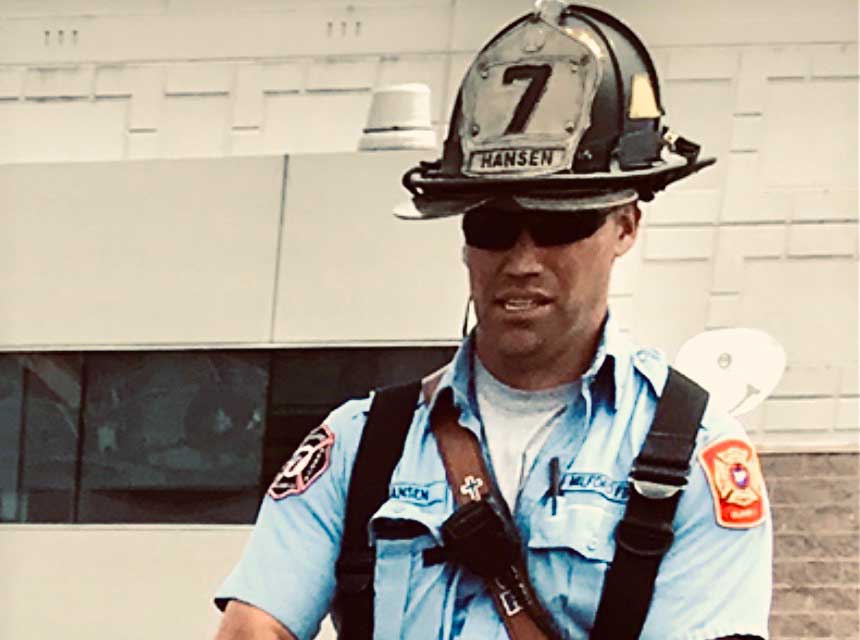 ADAM J. HANSEN is a lieutenant assigned to Engine 7 in the Milford (CT) Fire Department, where he has worked since 2006. He began his career as a volunteer in Branford, Connecticut, in 1999. Hansen has a bachelor’s degree in fire science (fire administration) and a minor in criminal justice from the University of New Haven. He is a nationally registered paramedic and is a state-certified fire service instructor 2, fire officer 2, incident safety officer, pump operator, and aerial operator. He is certified in rescue operations: trench.