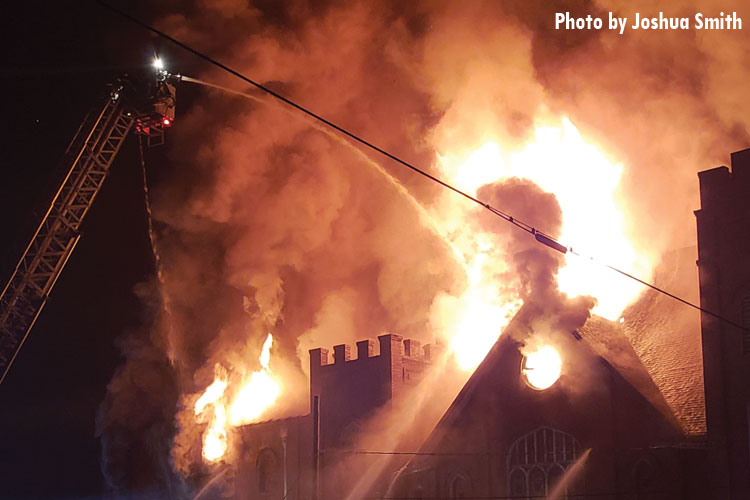 Photos and information from Joshua Smith

Firefighters responded to a massive fire earlier this month in a century-old church in Statesville, North Carolina.

The Western Avenue Baptist Church was built in 1918 and was considered a historic landmark. The fire took three days to extinguish and involved five fire departments, with Statensville units being first on scene.

Joshua Smith is a battalion chief with the Statesville (NC) Fire Department.

10 Commandments for Fires in Places of Worship