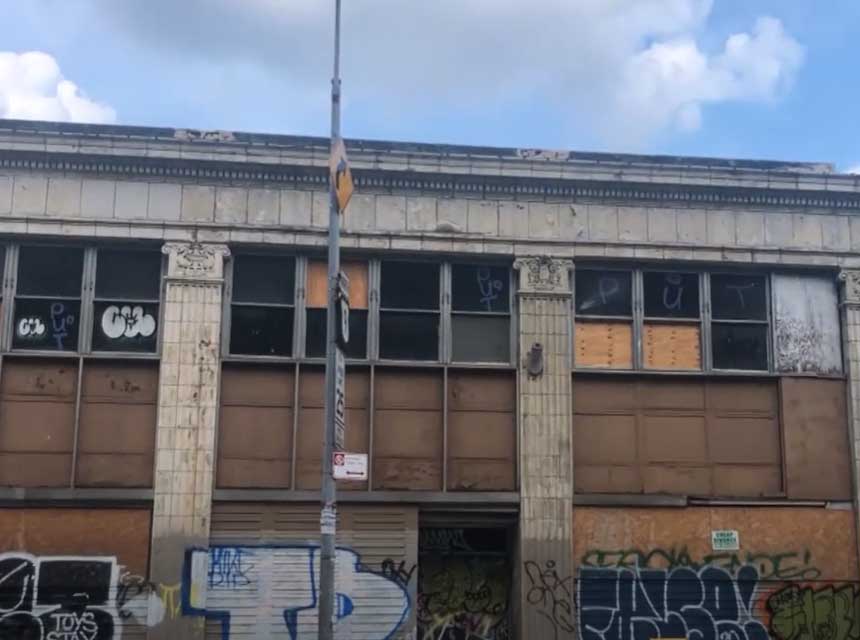 The definition of the word parapet is “a low protective wall or railing to protect the edge of a platform, roof, or bridge.” The definition of a word isn’t always its true meaning—specifically, the word “low” in this definition can be inaccurate. While approaching a roof, we’ve all encountered the high parapet from the tower ladder, after climbing the aerial ladder, or as we’re ready to dismount a portable ladder. The parapet has many issues and can be problematic for firefighters and firefighting operations.

When sizing up a commercial structure such as a taxpayer or strip mall, be aware of signs and canopies tied into the parapet; they can extend well over the height of the wall and add additional weight. When the structure is on fire and fire has extended into the cockloft, expect the fire to travel toward the front wall of the building. The roof is usually sloped down to the rear to permit water runoff, and the fire will burn “upward” toward the front. This is important to understand because the parapet is at the front, and when fire enters the cockloft and impinges on the structural steel I-beams, they will expand and push out the wall. Add the additional weight to the wall from the signs and canopies, and collapse could occur earlier than anticipated. When operating a tower ladder or portable master stream device on the sidewalk, strive to be out of the collapse zone, especially if the fire has been burning for a while. These walls can suddenly collapse in a lean-to or curtain wall collapse without warning.

Another big issue with parapets is that they can block access to the roof for firefighters using portable ladders, aerial ladders, or tower ladders. Some of these signs may be powered with a lot of electricity, so be cautious when placing aluminum ladders against them. You may be able to tear open vinyl canopies in between the “ribs” with a hook to allow the ladder to sit properly. You can also try to dent the subframe with the ladder so the ladder sits properly on the parapet. Using the ladder on its beam allows more rigidity and strength when you strike the frame.

Normally, the top of the parapet is topped with a coping stone or some type of decorative cap, which can be clay tile, marble, fiberglass, or metal. Over the years, some of these caps can become loose or brittle. When placing a ladder, make sure none of the cap breaks or collapses. When transitioning onto the roof, use extreme caution to ensure the cap doesn’t dislodge and cause you to fall off or onto the roof. During periods of inclement weather, caps can be very slippery; use caution when stepping on them. Always hold onto the ladder as long as possible for your personal safety until you reach the roof.

The Height of the Wall

It can be difficult to size up the height of the parapet from the front of a building, especially if signage or canopies block your view. Some higher parapets may even be built with a large slope down to the roofline. Know your buildings and which ones have higher than normal walls, and note that with your building response dispatch information. With today’s construction methods, it’s not unlikely to find a high parapet that resembles a fake second floor. With today’s aerial and tower ladders, more departments are mounting a folding or an extension ladder to the fly section of their apparatus. Anytime you leave the safety of the aerial or bucket and transition onto a portable ladder, use caution: The ladder could slide on the parapet’s cap.

The X Maneuver and A-Frame Maneuver

Placing the roof ladder off the fly section of an aerial ladder and down onto the roof can be a difficult maneuver to perform at great heights. Often, you will have to spin the ladder around using both hands, performing the “helicopter” maneuver to place the ladder’s butts onto the roof. Lock into the aerial with your personal safety device or ladder belt since you won’t be holding onto it. Normally, the ladder is stored with its roof hooks toward the tip for ease of deployment up to the peak of a dwelling. New ladders being built offer hooks and butt spurs at each end to assist in these operations. A folding ladder can be easier to deploy to the roof since it’s more compact and shorter, but it can be a problem with higher parapets. However, you can take a folding ladder to other areas of the structure to access a bulkhead’s skylight or a setback.

Depending on the roof ladder’s height on the parapet, it will face opposite the aerial to create the “X” pattern at both tips; it won’t be right alongside the aerial because your leg has to have room to transition over the aerial’s rail and onto the ladder. When you place the aerial’s ladder parallel to the structure’s wall, you can deploy the roof ladder only off one side and form a different “X” pattern. You can also stow the roof ladder onto the end of the aerial for higher parapets to create an A-frame ladder. If your aerial has a “breakaway” tip, consult the manufacturer about using this maneuver. When transitioning from the aerial to the portable ladder in these scenarios, maintain hand contact with either of the ladders at all times. Train on these tactics so you don’t look like you’re on an episode of the X-Games!