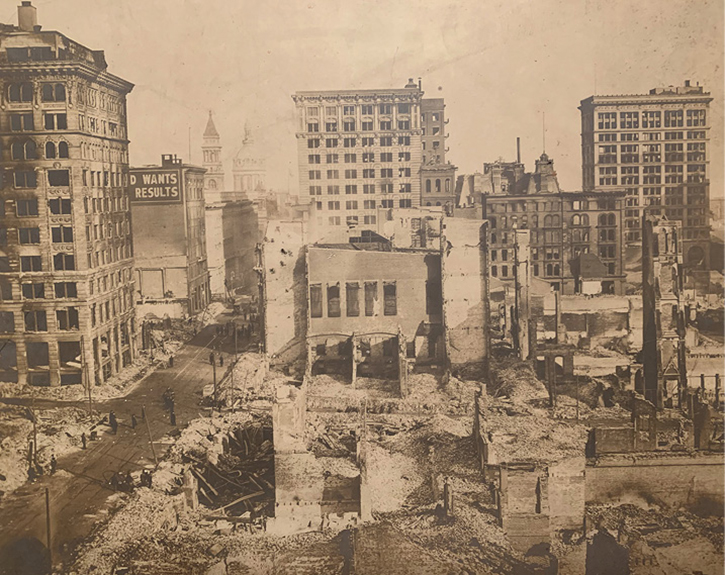 THE PROFESSOR ❘ by GLENN CORBETT

Around the turn of the 19th century, the United States was experiencing major urban conflagrations on a regular basis. Financial losses amounted to millions and millions of dollars. It was the loss of 1,500 buildings in the Great Baltimore Fire of 1904 (photo 1), however, that motivated the fire insurance industry to take action.

Structural fire resistance testing can also point to this fire as the motivating factor to develop a standardized fire test. By World War I, tests were being conducted on columns, floors, and even money safes by government and academia. Some of the tests were conducted in specially built buildings; others were performed in furnaces with natural gas-fired burners with interior temperatures following a specific “time-temperature curve” for periods of up to eight hours.

What Building and Fire Codes Tell Us

The Great Conflagration at San Francisco

Questions arose as to the accuracy of the time-temperature curve used in the furnaces. In June 1928, Simon Ingberg of the National Bureau of Standards (now the National Institute of Standards and Technology) set a test fire in two attached Type III buildings in Washington, D.C., that were loaded with 7½ to 30 pounds per square foot of “waste lumber.” He measured the temperature at dozens of locations inside (photo 2).

In his report Tests of the Severity of Building Fires, despite the fact that the actual Washington, D.C., building fire measured temperatures that were significantly different from those in the standard time-temperature curve developed years earlier, Ingberg said he believed the time-temperature furnace tests were “equivalent’ to this 1928 test fire. So, the test fire in these two buildings in 1928 has been used to represent every actual fire to this day! 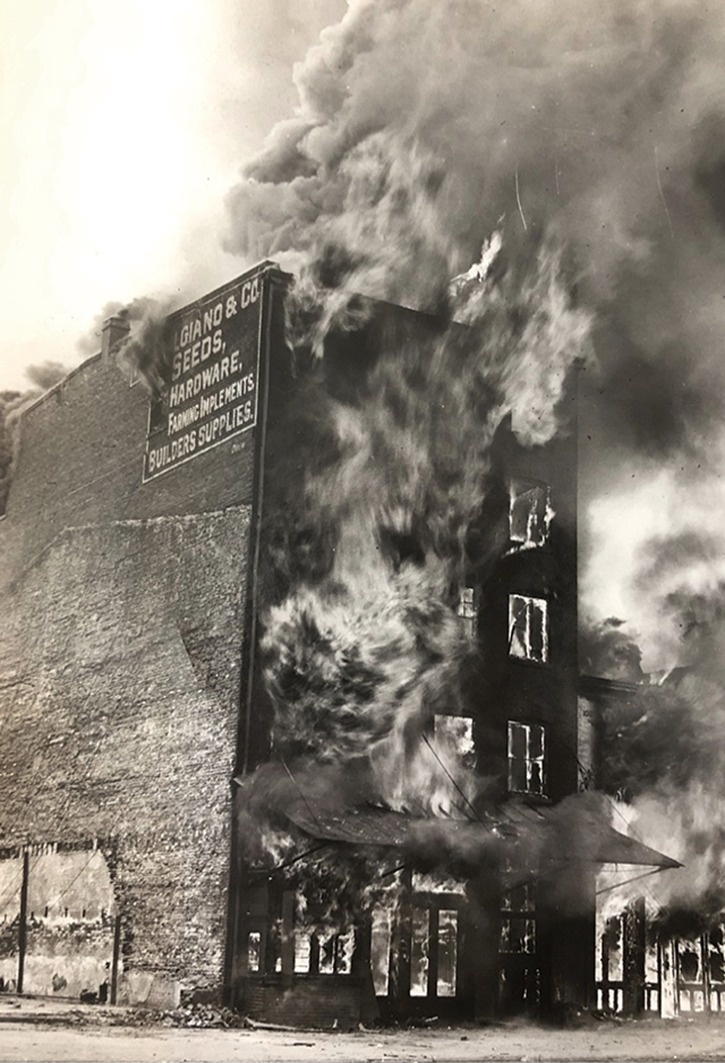 The time-temperature curve has remained virtually unchanged for nearly 100 years. The current fire resistance test itself, American Society of Testing and Materials (ASTM) E-119, Standard Test Methods for Fire Tests of Building Construction and Materials (and the similar Underwriters Laboratories 263, Standard for Fire Tests of Building Construction and Materials), is used to assess the fire resistance of floors, walls, columns, and roofs for every required “fire-rated” structural building component in our building codes. Two different furnaces—one vertically oriented for testing walls and another one horizontally oriented for testing floors, roofs, and columns—are used to test manufacturers’ representative samples.

These furnace tests provide us with fire ratings such as a “two-hour”-rated fire wall or a “one-hour”-rated floor assembly. And yet, these same hourly ratings come from a test that hasn’t changed substantially for nearly a century.

Have building materials and fires changed in 100 years? I think so. Looking more closely at ASTM E-119, the following problems with the test emerge:

It has been argued that the ASTM E-119 test has performed well and no changes are needed. The question is, how do we know that? We don’t conduct a fire resistance assessment as part of our National Fire Incidents Reporting System report. My experience leads me to believe that actual fires compromise fire-rated assemblies more than we’d like to admit.

So, what is the alternative to the current test? Perhaps a series of tests based on the fuel loads of different occupancies and different construction types of buildings is called for. It’s possible that someday computer models will be the standard “tests” that assess fire resistance.

The bottom line is, we depend on this test when operating in a building with fire-rated components. For us, it’s all about building failure, including collapse. It’s time we put the current test on the history shelf.

GLENN CORBETT, PE, is the former assistant chief of the Waldwick (NJ) Fire Department, an associate professor of fire science at John Jay College in NYC, and technical editor for Fire Engineering. He is the coauthor of Brannigan’s Building Construction for the Fire Service, 6th Edition; editor of Fire Engineering’s Handbook for Firefighter I and II; and an FDIC International educational advisory board member.