Now that the heat of summer is on us, it’s appropriate to look back on one of the worst ice- and snow-filled winters in recent memory. Much of the United States was plunged into a deep freeze for months; many areas were subjected to record-breaking snows. These photos were taken in the New York City area over a few weeks in early 2014.

Requirements for roof loading in current building codes like the International Building Code vary by region of the United States, ranging from zero pounds per square foot in the south to 100 pounds per square foot in the snowiest areas of the north along the Canadian border. Of course, old buildings may not meet today’s codes. The bottom line is, ask your building official what the required snow-loading requirements are for your area and make a note of them. Be prepared when heavy snows exceed these criteria.

We must be concerned about so-called “shadow” loads-snow that falls from a higher roof onto a lower roof. Wind-driven snow, creating larger pile heights where a shorter roof meets the wall of a taller portion of the structure, can also lead to heavy loads at this interface. Roof pitch, greater than 3:12, will assist shedding snow (roofs are considered essentially flat with pitches less than 3:12). Metal roofs will shed snow more easily than asphalt shingles. 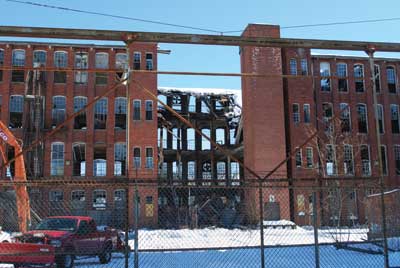 Photo 1 (photos by author). The center portion of this mill collapsed from accumulated snow. Such collapses, of course, create instability in the remaining adjacent floors and roof; this building was stabilized after the collapse in anticipation of an adaptive reuse as a residential building. 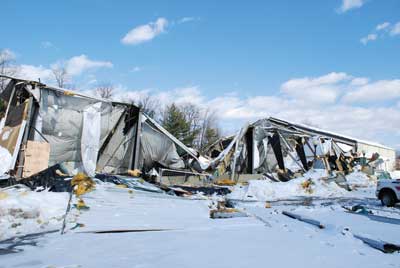 Photo 2. A large section of this rigid frame steel structure tennis center fell under the weight of snow on its low pitch roof. The collapse broke a gas line, igniting it. Consider such a possibility, and be prepared to assist the utility in finding the gas shutoff valve under a pile of snow. 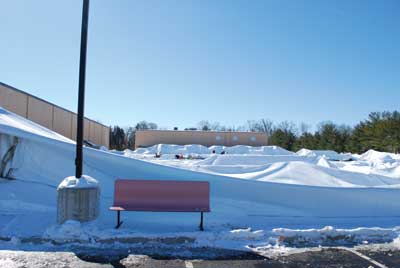 Photo 3. This air-supported fabric structure split at the peak of the rounded roof, deflating and collapsing it. Owners of such structures should consider intentionally deflating the structures before excessive snow loads develop. 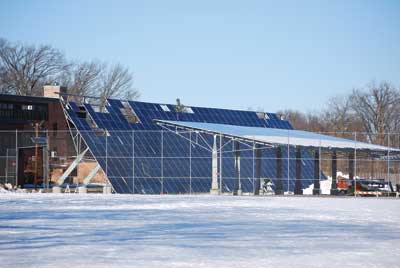 Photo 4. This elevated solar panel array at a school fell over, failing at the connection between the concrete piers and the single line of steel columns. Another array of similar design at another school in the same district also fell over. When such arrays are constructed, questions as to drainage, sufficient pitch, structural connections, and single column support should be asked. 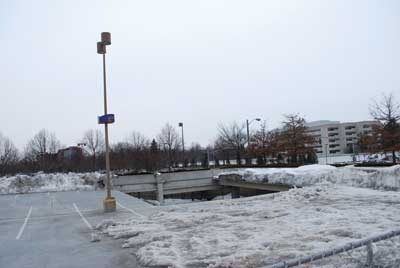 Photo 5. A section of the parking deck of this two-story Type II precast concrete garage collapsed onto the lower level, likely because of snow plowed to the edge/corner of the structure. Keep an eye out for large piles of snow from plows that create a heavy concentrated load on such structures. 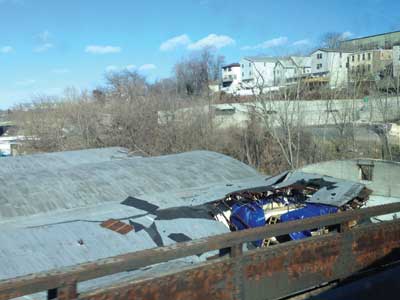 Photo 6. A large section of the bowstring truss of this warehouse collapsed. Parapets at a roof’s edges like this can prevent snow from falling to the ground.

GLENN P. CORBETT, PE, is the former assistant chief of the Waldwick (NJ) Fire Department, an associate professor of fire science at John Jay College of Criminal Justice in New York City, and a technical editor of Fire Engineering. He served on the Federal Advisory Committee of the National Construction Safety Team and is a member of the Fire Code Advisory Council for New Jersey. He is the coauthor of the late Francis L. Brannigan’s Building Construction for the Fire Service, 5th Edition; editor of Fire Engineering’s Handbook for Firefighter I and II; and an FDIC executive advisory board member.