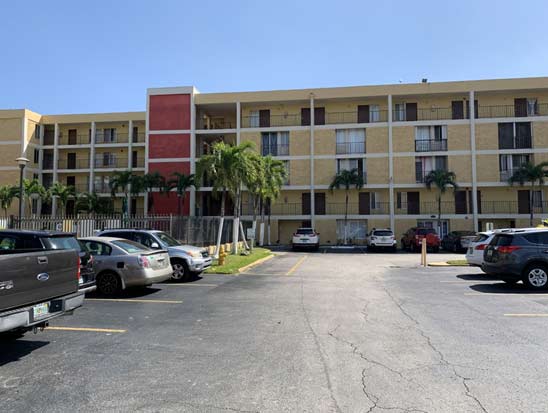 A building fire assignment is dispatched for a fire in an older, non-sprinklered condominium building. The first-arriving company, a medic rescue, takes command and orders all units to stage at the entrance of the complex while they determine the location of the fire building. The rescue finds the fire building and transmits directions to units in staging. While conducting a size-up, the rescue crew notices something odd about this building: The building has exterior hallways on the first, second, and fifth floors but no hallways on the third and fourth floors (See photo). The rescue encounters a resident waving her arms at the railing on the fifth floor shouting that the fire is in a bedroom of her unit.

What she fails to tell firefighters is that the bedrooms of her condo unit are on the fourth floor. The five-story building, with a height of 49 ft. 11 in., is one of many in this complex that was built just below the 50-foot code requirement for standpipes. In this case it’s not a problem because apparatus has access to the front of the building; enabling firefighters to drop a rope bag and hoist a 1 ¾-inch crosslay preconnect to the 5th floor. Once the hoseline is secured to the railing with webbing and charged, the entrance door to the residence is opened and hot, black smoke boils out of the top of the doorway, but the bottom of the doorway is clear. This allows firefighters on their knees to see below the level of the smoke to locate the stairway leading down to the fourth floor bedrooms. As they are making their descent on the stairs, they hear glass breaking and are suddenly enveloped in a fire ball that roars up the stairwell and out the entrance door of the unit. Command sees the rapidly deteriorating conditions and attempts to contact the nozzle crew by radio but there is no reply. What happened?

Every fire has to have an intake and exhaust. The ideal conditions for a fire is to have separate intake and exhaust openings,; with cool air entering openings at a lower level and smoke, heat, and fire gases exiting openings at upper levels. Hence the configuration and convection  of a fireplace or wood-burning stove. The inward movement of air feeding a fire and fire gases exhausting from a fire is known as a flow path. If a building has only one opening, it will have to serve as both an intake and exhaust, with cool air entering at the bottom of the opening and hot gasses venting from the top. It is the in-rush of air feeding a fire that allows firefighters to see below the level of the smoke exhausting over their heads. When there is only one opening, the flow path of intake air and exhaust gases is bi-directional—air flowing in the direction of the fire and hot gases flowing away from the fire. Gases move from areas of higher pressure to areas of lower pressure, hence extremely hot smoke, under significant pressure, looks like it is boiling when it reaches the lower pressure at an outside opening. Air flowing in from the bottom of the opening is flowing towards an area of low pressure at the base of the fire. The line of demarcation between the relatively low pressure at the bottom of an opening and higher pressure at the top of the opening is called the neutral plane.

A Change in Flow Paths Can Be Deadly

To avoid being burned in a wind-driven fire, firefighters will make every effort to attack a fire with the wind at their back. Remember, two Houston Texas firefighters were killed when sliding glass doors on the windward side of a house failed, suddenly changing the flow path from bi-directional to uni-directional; they found themselves in the path of floor to ceiling exhaust gases. In San Francisco, two firefighters were killed at the top of a stairway leading to a lower floor of a large house build on a hillside. When the firefighters entered the front door it was the only opening in the house, hence it served as both intake and exhaust—a bi-directional flow.

This flow path suddenly changed to uni-directional when the windows on the lower floor failed. This is what killed the firefighters in the fictitious scenario at the beginning of this bulletin. In tests conducted by the National Institute for Standards and Technology (NIST) and the Bureau of Alcohol Tobacco, Firearms and Explosives (ATF), temperatures in a stairwell can increase from 340 to 800° when the basement windows fail. The rise in temperatures is so sudden that it will kill firefighters caught in the flow path before they can transmit a Mayday.