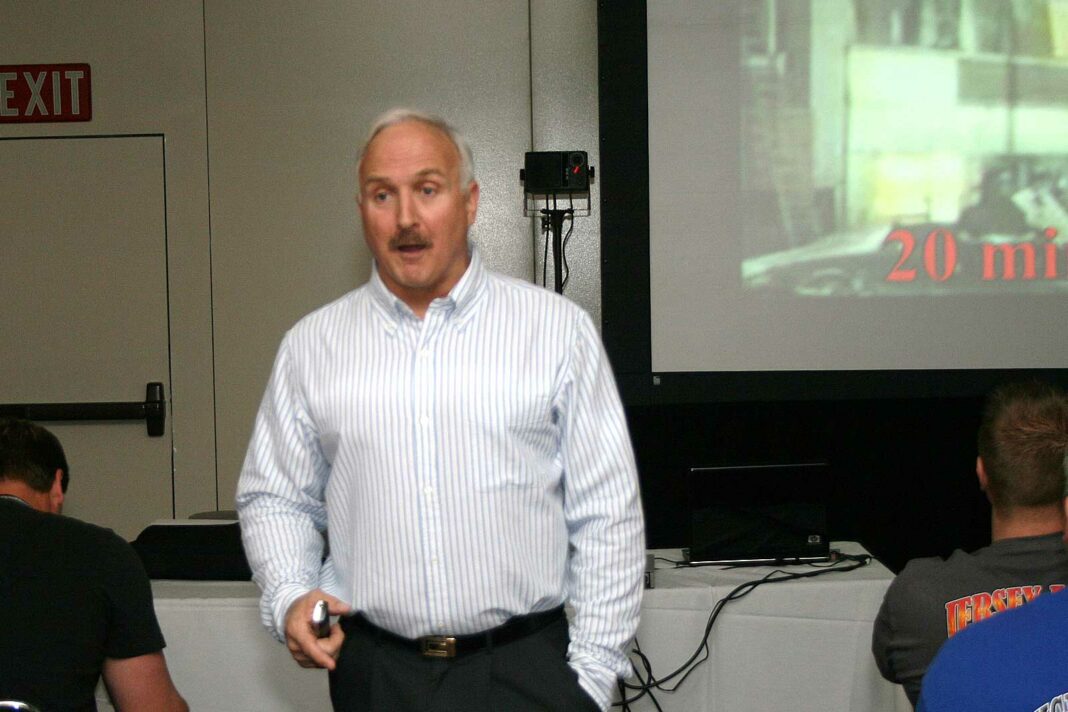 From The Jump Seat to the Right Seat

DR: How long have you been teaching/attending FDIC International?

SC: I attended my first FDIC conference in 1985. I was a Chicago firefighter and at the time assigned to Rescue Squad 2, one of the busiest companies in the city.  A couple of us took the drive down to Indy to see if we could learn more, and we weren’t disappointed. I’ve attended every year since to both take classes and teach classes. I became an instructor about that same time and began teaching classes at the Chicago Fire Academy and IFSI at the University of Illinois and also taught college fire science classes at Harold Washington College. I taught my first FDIC class in 1989.

DR: How did you get into instructing in general?

SC: I had always been a student of the game. Like most firefighters, I wanted to be the best and I had great role models and mentors in my life. On the Chicago Fire Department, Deputy District Chief (Ret.) Bill Burns, Deputy District Chief (Ret.) Gene Callahan, and Deputy Commissioner (Ret.) Pat Kehoe had been my mentors and role models for many years. There were many others that also inspired me, and I wanted to do the same for others–that was my motivation for teaching.

DR: What sets your experience at FDIC International apart from attending other conferences?

SC: I have taught classes at conferences in almost every state and many in other countries, but my favorite conference every year is FDIC International. It is the largest conference in the world, well-organized, and attracts the best of the best from around the world. FDIC afforded me the opportunity to rub shoulders and become friends with legendary firefighters like Alan Brunacini, Ray Downey, Leo Stapleton, Bobby Halton, Vince Dunn, John Norman, John Salka, Rick Lasky, and Billy Goldfeder, to name a few. There are so many other men and women that I’ve met at FDIC, and they have enriched my life as a firefighter and as a man.

DR: What was your reaction to being selected to keynote at the Opening Ceremony?

SC: I was blown away when Bobby Halton called and asked if I would deliver the keynote address at FDIC International 2021. It is one of the great honors of my career because of those who have come before me and because of the amazing men and women who will be in attendance. It is an opportunity to share knowledge stored up from a 40-year firefighter career. I will not take this opportunity lightly.

DR: What do you think is the most pressing issue facing the fire service today and why?

SC: I’ve had a front row seat to watch the fire service evolve over the past 40 years–mostly for the good, but there are always pressing challenges.  I believe the biggest danger we face comes from today’s building construction and the chemical makeup of the products burning–this coupled with the fact that we still have a job to do. We still have to be aggressive on the fireground to save lives and property. We took an oath. To combat these dangers, we need to be spot on with our tactics and our decision making. I will address some time-proven tricks of the trade that have worked for me over the past 40 years. I call it “slowing the game down and playing big.”

Keynote: “Slow the Game Down and Play Big”

Slowing the game down refers to a sports terminology of placing yourself in a clear mental state where the game seems to slow down. The ability to slow a game down comes from your mind working at a faster pace than the action. This allows a quarterback to see the whole field. It allows a fighter to know what his opponent is attempting to do and allows him to launch a counter attack. Playing big is a term used for an athlete that plays at a level that seems to exceed his capabilities. Reaching this level of play is also accomplished by placing yourself in the proper mental state. We call it being mentally prepared for the battle. This keynote will address the demands that fire chiefs, company officers, and firefighters face on the fireground. We arrive to unknown hazardous situations and mass confusion and have seconds to sort it out and make the right decisions. Chikerotis will share some time-tested techniques that will allow you to “slow the game down and play big.” Steve Chikerotis has been involved in the fire service for more than 40 years and retired in November 2014 as a deputy district chief after a 36-year career with the Chicago (IL) Fire Department. He has a BS in business management and an AS in fire science. He has been a fire service instructor for more than 30 years and has been an on-staff instructor at Harold Washington College, the Chicago Fire Academy, the Illinois Fire Service Institute, and RICO Fire Rescue. Chikerotis is a published author currently working on his third book and is a producer/writer/technical advisor on the hit NBC television show “Chicago Fire.”